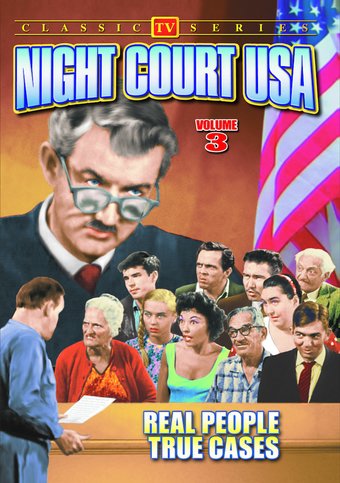 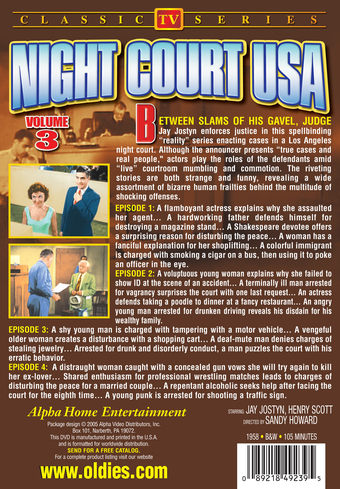 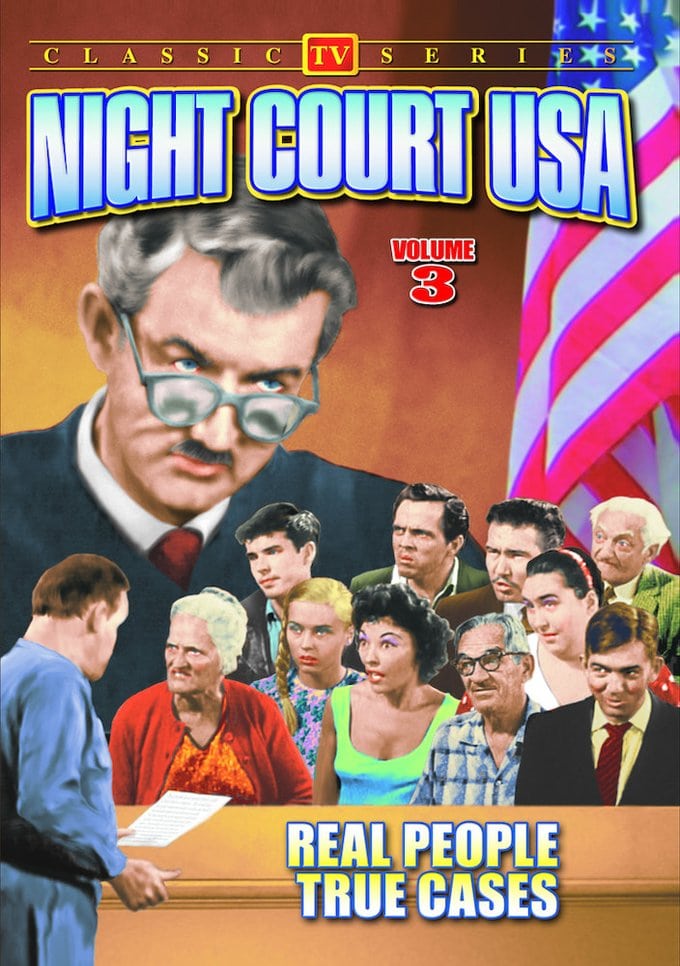 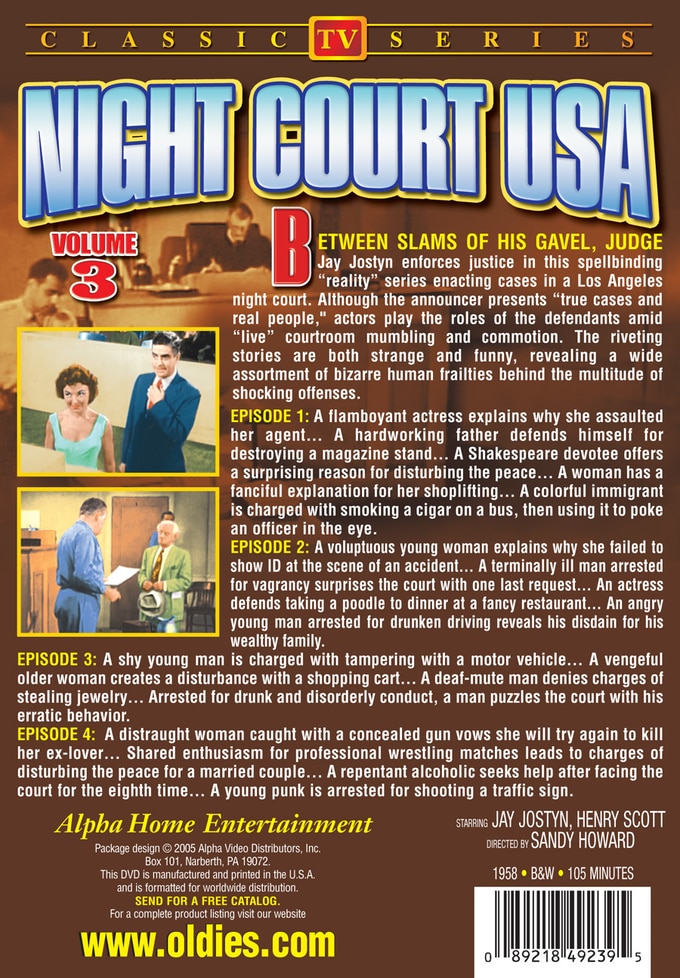 Episode 1: A flamboyant actress explains why she assaulted her agent. A hardworking father defends himself for destroying a magazine stand. A Shakespeare devotee offers a surprising reason for disturbing the peace. A woman has a fanciful explanation for her shoplifting. A colorful immigrant is charged with smoking a cigar on a bus, then using it to poke an officer in the eye.

Episode 2: A voluptuous young woman explains why she failed to show ID at the scene of an accident. A terminally ill man arrested for vagrancy surprises the court with one last request. An actress defends taking a poodle to dinner at a fancy restaurant. An angry young man arrested for drunken driving reveals his disdain for his wealthy family.

Episode 3: A shy young man is charged with tampering with a motor vehicle. A vengeful older woman creates a disturbance with a shopping cart. A deaf-mute man denies charges of stealing jewelry. Arrested for drunk and disorderly conduct, a man puzzles the court with his erratic behavior.

Episode 4: A distraught woman caught with a concealed gun vows she will try again to kill her ex-lover. Shared enthusiasm for professional wrestling matches leads to charges of disturbing the peace for a married couple. A repentant alcoholic seeks help after facing the court for the eighth time. A young punk is arrested for shooting a traffic sign.