You Asked For It Volume 2

Viewers odd requests are answered in four (more) episodes of this renowned "Believe It Or Not"- type show. 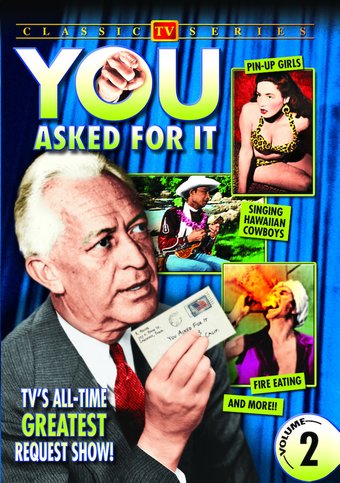 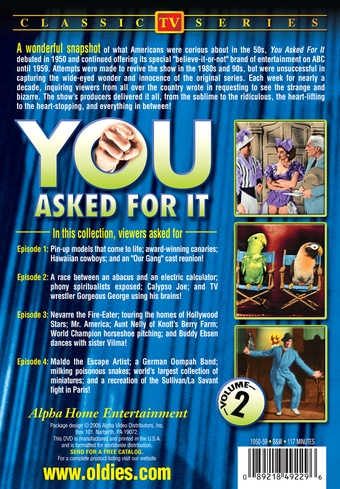 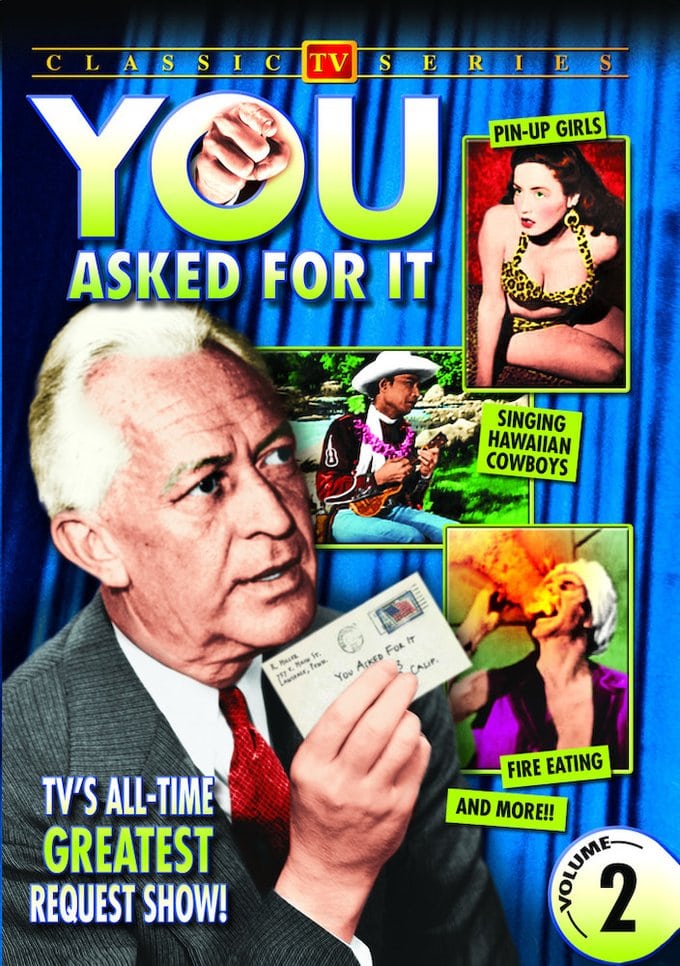 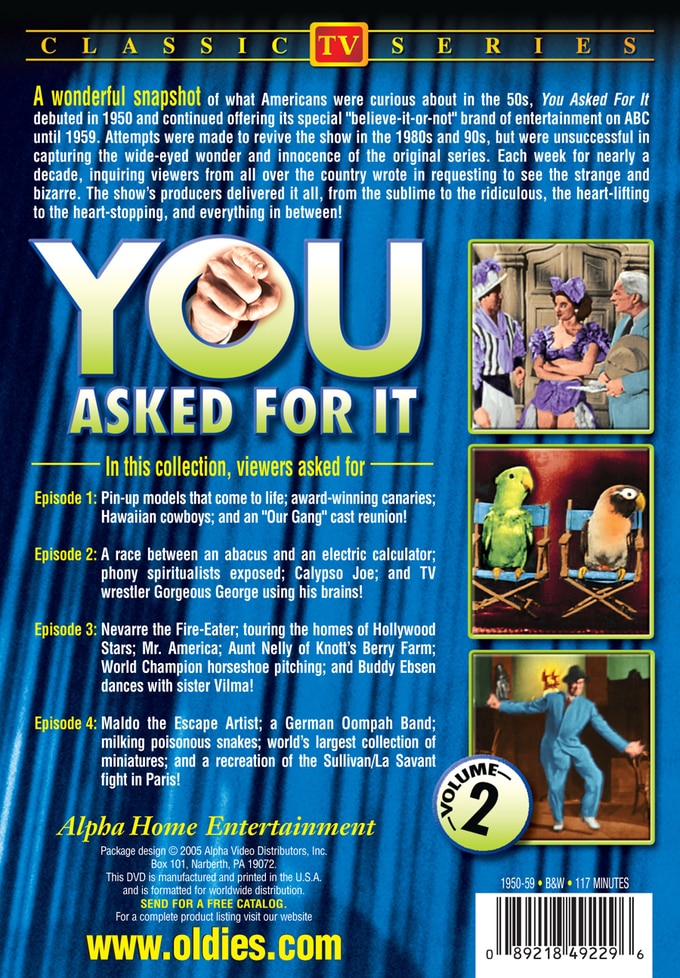 A wonderful snapshot of what Americans were curious about in the 50s, "You Asked For It" debuted in 1950 and continued offering its special "believe-it-or-not" brand of entertainment on ABC until 1959. Attempts were made to revive the show in the 1980s and 90s, but were unsuccessful in capturing the wide-eyed wonder and innocence of the original series. Each week for nearly a decade, inquiring viewers from all over the country wrote in requesting to see the strange and bizarre. The show's producers delivered it all, from the sublime to the ridiculous, the heart-lifting to the heart-stopping, and everything in between!

Episode 2: A race between an abacus and an electric calculator; phony spiritualists exposed; Calypso Joe; and TV wrestler Gorgeous George using his brains!