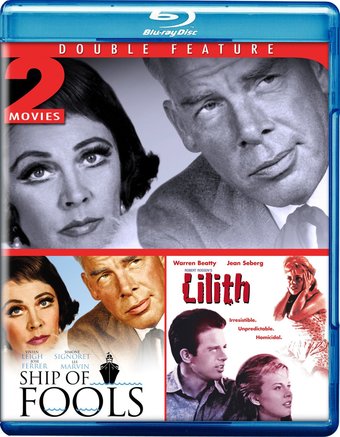 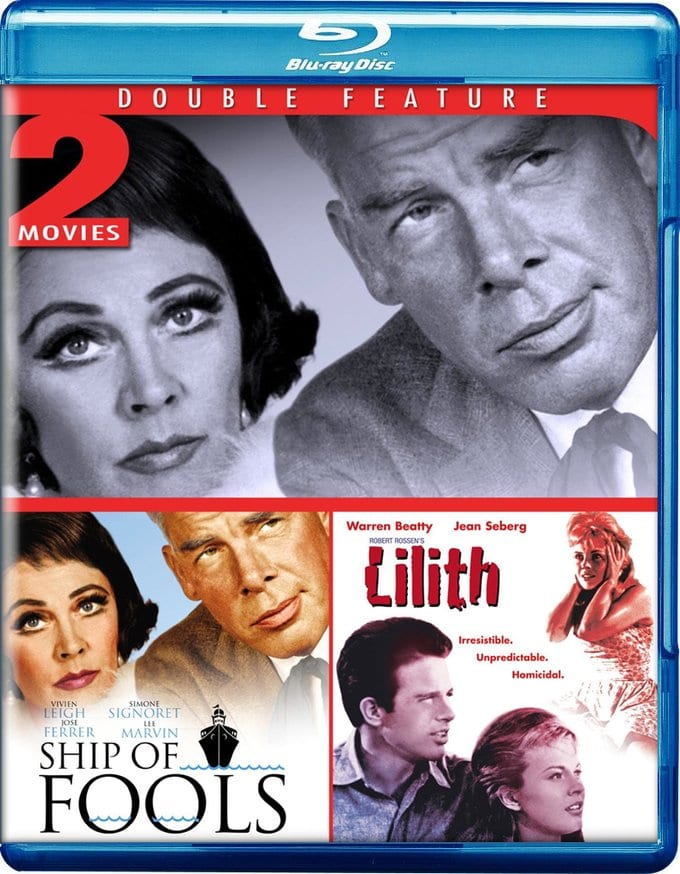 3 ratings
Currently Out of Stock: We'll get more as soon as possible
Notify Me When Available
Add to Wishlist
Format:  Blu-ray
item number:  XMLCR 63171BR
91% recommend us!

SHIP OF FOOLS: Set on a German ocean liner, during the Nazi regime of the 1930s. In the high class section are several well-to-do people, while below deck are a horde of sugar field workers returning to Spain after a season of work in Cuba. The ship is a hot bed of disillusionment, prejudice and delusions of grandeur. Nominated for 8 Academy Awards in 1965 including Best Picture, Best Actor, Best Actress and Best Screenplay Adaptation. It won the Academy Award for Art Direction and Cinematography.

LILITH: Warren Beatty and Jean Seberg co-star in this haunting drama about the obsessive love between a therapist and his patient. Vincent (Beatty), a war veteran, returns to his bleak Maryland hometown and takes a job as an occupational therapist at Poplar Lodge, a private mental institution for the wealthy. There, Vincent meets a young schizophrenic, Lilith (Seberg), an enchanting patient whose fragile beauty bewitches all those with whom she comes in contact-especially Stephen (Peter Fonda), a troubled young man. As Vincent is drawn even deeper into her private world, he too becomes captivated by Lilith and will lie, betray and even destroy to keep her. Soon Vincent himself can no longer determine which of the two worlds-his or Lilith's-is the sane one.