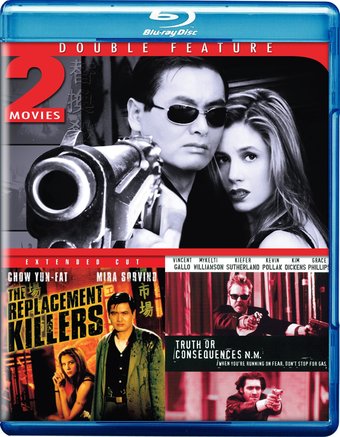 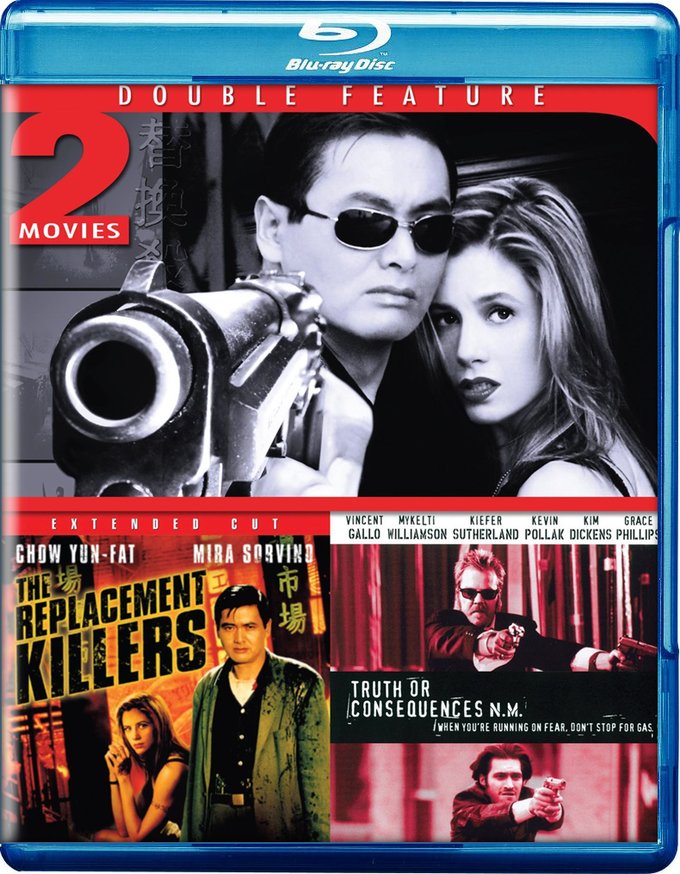 Currently Out of Stock: We'll get more as soon as possible
Notify Me When Available
Add to Wishlist
Format:  Blu-ray
item number:  XMLCR 63108BR
91% recommend us!

THE REPLACEMENT KILLERS: After he betrays Mr. Wei, the ruthless crime boss who hired him to avenge his son's death, professional killer John Lee (Chow) goes on the run. Enlisting the aid of beautiful document forger Meg Coburn (Sorvino), Lee attempts to return to his family in China before they are victimized by his betrayal. But Wei's army of "replacement killers" is hot on his trail, and now both he and Meg are targets of their impressive firepower. With both sides fully armed and determined to fight to the death, an ultra-violent shoot-out breaks out when they finally face off against each other.

TRUTH OR CONSEQUENCES, N.M.: The plan was simple enough. Crash a big drug deal. Hold up the boss. Make off with the cash. Simple enough ... until an undercovercop takes a fatal bullet. Now, four small-time crooks are on the run with a suitcase full of cocaine, two yuppie hostages and too many secrets to keep. In his theatrical feature directorial debut, Kiefer Sutherland orchestrates a gritty story of lost second chances along the back roads of America's once-wild West. Those back roads lead to a small town in New Mexico where the foursome hope to sell the goods and where the local law, the feds and the drug mob's ruthless enforcers will meet them for an explosive showdown.