A Woman, a Part

Can a Life be Rewritten? 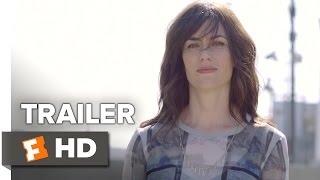 RogerEbert.com - 03/22/2017
3 stars out of 4 -- "A WOMAN, A PART mixes passion and ambivalence to create a work with ambiguities that seem earned, and lived in."
New York Times - 03/21/2017
"Unresolved feelings and unsatisfied ambitions animate A WOMAN, A PART Elisabeth Subrin’s sophisticated take on female friendship and professional frustration."
Los Angeles Times - 04/13/2017
"The film itself is not just about one woman and one part, but about three people, grappling with their pasts, presents and futures, and provides three fantastic parts for three incredible actors."

A fortysomething actress (Maggie Siff) exhausted by the demands of a workhorse life and an overchallenging role retreats to New York and her theater scene friends in the hopes of finding a new lease on her profession.