Hawkeye And The Last of The Mohicans Volume 3

Four (more) exciting adventures from the vintage TV series based on the classic by James Fenimore Cooper. 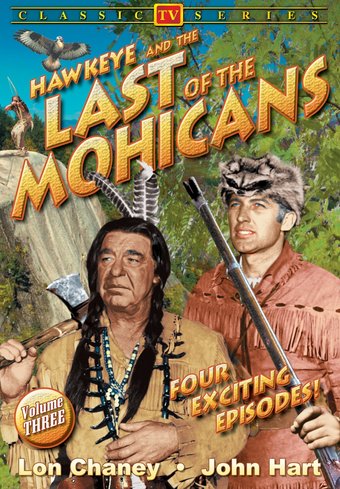 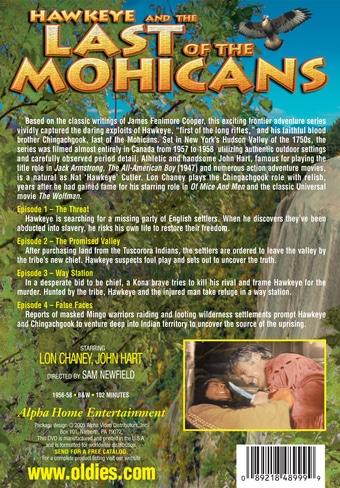 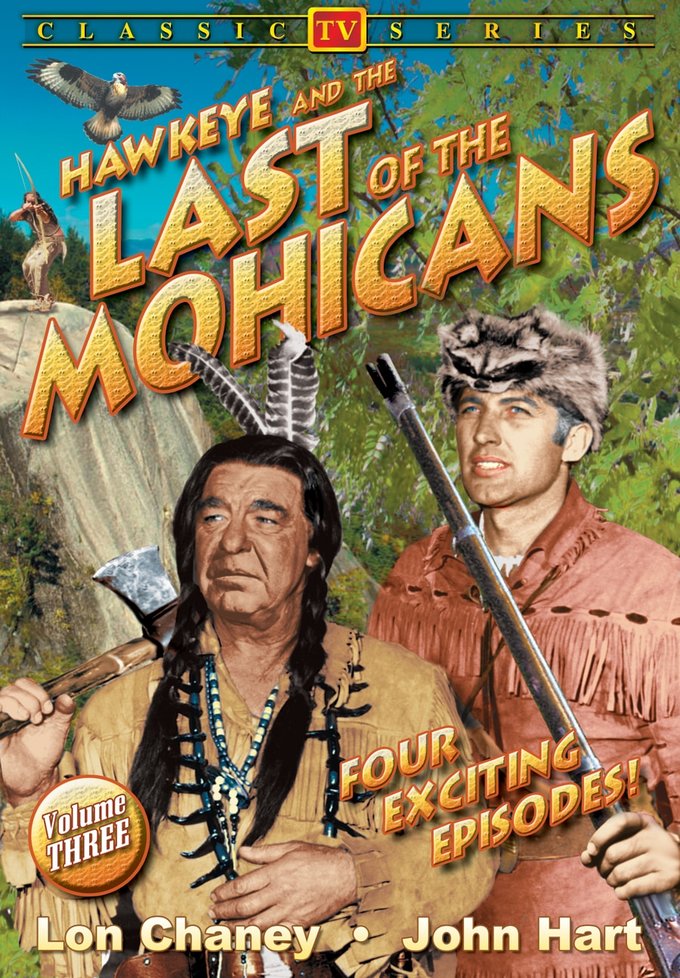 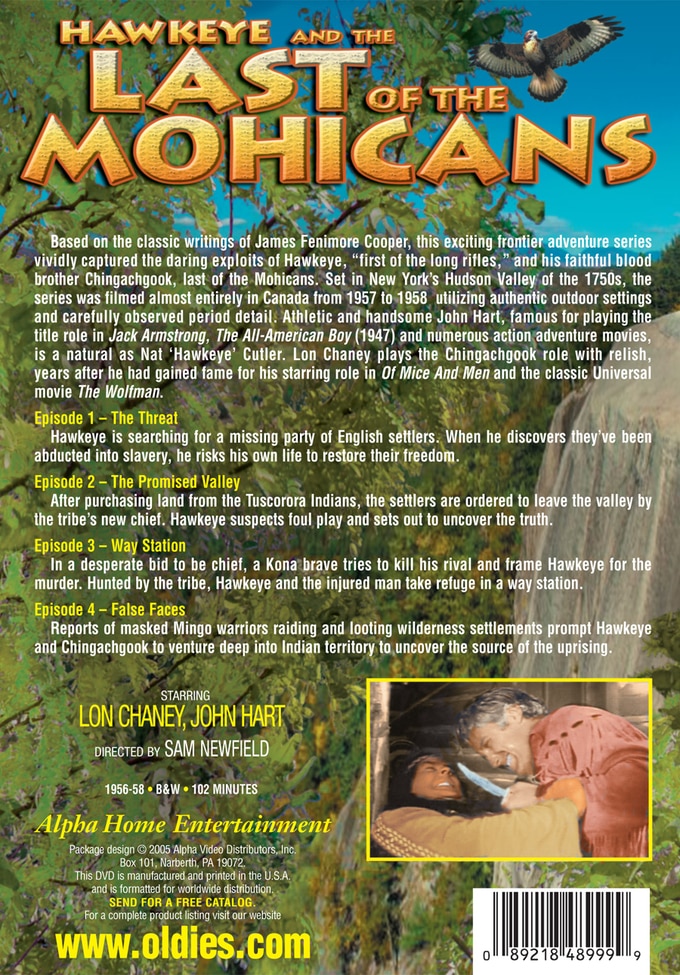 Based on the classic writings of James Fenimore Cooper, this exciting frontier adventure series vividly captured the daring exploits of Hawkeye, "first of the long rifles," and his faithful blood brother Chingachgook, last of the Mohicans. Set in New York's Hudson Valley of the 1750s, the series was filmed almost entirely in Canada from 1957 to 1958 utilizing authentic outdoor settings and carefully observed period detail. Athletic and handsome John Hart, famous for playing the title role in Jack Armstrong, The All-American Boy (1947) and numerous action adventure movies, is a natural as Nat 'Hawkeye' Cutler. Lon Chaney plays the Chingachgook role with relish, years after he had gained fame for his starring role in Of Mice And Men and the classic Universal movie The Wolf Man.

The Threat: Hawkeye is searching for a missing party of English settlers. When he discovers they've been abducted into slavery, he risks his own life to restore their freedom.

The Promised Valley: After purchasing land from the Tuscorora Indians, the settlers are ordered to leave the valley by the tribe's new chief. Hawkeye suspects foul play and sets out to uncover the truth.

Way Station: In a desperate bid to be chief, a Kona brave tries to kill his rival and frame Hawkeye for the murder. Hunted by the tribe, Hawkeye and the injured man take refuge in a way station.

False Faces: Reports of masked Mingo warriors raiding and looting wilderness settlements prompt Hawkeye and Chingachgook to venture deep into Indian territory to uncover the source of the uprising.

Set in New York's Hudson Valley during the French and Indian War, HAWKEYE AND THE LAST OF THE MOHICANS follows the struggles of scout Hawkeye and his companion, Chingachgook, who is the last remaining member of the Mohican tribe. This set contains four episodes of the 1950s television series: "The Threat," "The Promised Valley," "Way Station," and "False Faces."

Action | Indians | Compilation | Television / TV Series | Based On A Novel
This product is made-on-demand by the manufacturer using DVD-R recordable media. Almost all DVD players can play DVD-Rs (except for some older models made before 2000) - please consult your owner's manual for formats compatible with your player. These DVD-Rs may not play on all computers or DVD player/recorders. To address this, the manufacturer recommends viewing this product on a DVD player that does not have recording capability.


This was a wonderful TV series and I have enjoyed seeing it again on DVD. I look forward to new episodes being available through Oldies.com. Keep 'em coming.