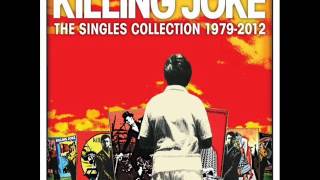 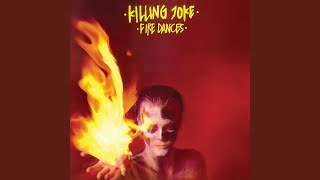 Liner Note Author: Dante Bonutto.
Recording information: King's Chamber, Cairo (08/1993).
Post-punk, apocalyptic, able to serve up some biting social commentary, and all while doing it so thunderously they seem on the very edge of heavy metal, veteran U.K. band Killing Joke get the simple chronological overview on The Singles Collection: 1979-2012, a set that does just what it says on the tin. The 1980 single "Change" is missing, but otherwise, their prime 7"s are knocked off in order with giant numbers like "Eighties," "Wardance," "Requiem," and "Love Like Blood" coming off as classic and essential. All of these greats land on the first disc, which covers the golden years of 1979-1988, but disc two's covering of 1990-2012 is quite helpful for the casual fan, who can now catch up with some prime material that was released as the band flew underneath the mainstream's radar. That said, disc two does some revisionist history with non-singles like "Ghosts of Ladbroke Grove" landing on the track list, and when it comes to the physical release, the booklet is an afterthought, filled with tiny pictures of the 7" releases and some quick, kind essays. Killing Joke have always been more of an "album band" anyway and their large, rich discography calls for overviews much bigger in size than this. Still, it is interesting to look at the epic, ambitious group by their attempts to cross over, and while not all singles were as worthy as the album cuts, this alternative view has some massive high points. ~ David Jeffries

Killing Joke
Laugh at Your Peril: Live at the Roundhouse (2-CD)
$19.20 Super Savings
Add to Cart

Killing Joke
Hosannas from the Basements of Hell
$25.20 Super Savings
Add to Cart