Here come the grandparents. There go the rules. 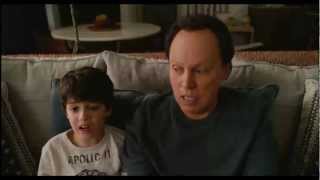 Hollywood Reporter - 12/21/2012
"[It's] nice to see Midler strutting her stuff in her first onscreen comedy role in years."

Billy Crystal and Bette Midler star as Artie and Diane -- an old-school grandfather and his people-pleasing wife, who babysit for their three decidedly 21st century grandchildren while the kids' type-A parents (played by Marisa Tomei and Tom Everett Scott) are away for work. Artie's traditional ideas go toe-to-toe with the kids' (and their parents') cutting-edge, multitasking ways, but this modern family comes to learn that love, understanding, and an openness to trying new and old things, will always keep a family together. Andy Fickman directs from a script by Lisa Addario and Joe Syracuse.

Did You Hear About the Morgans? (Blu-ray)
$13.10 Super Savings
Add to Cart