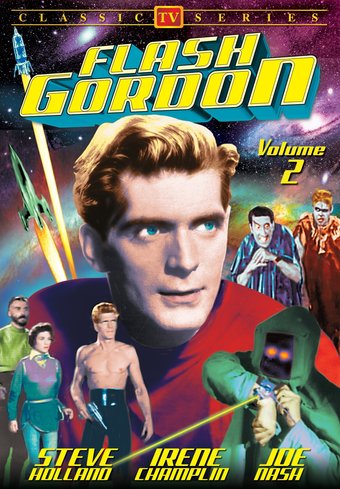 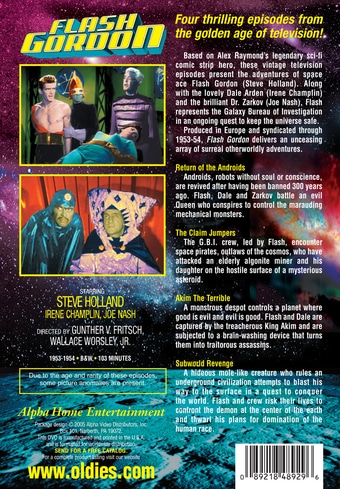 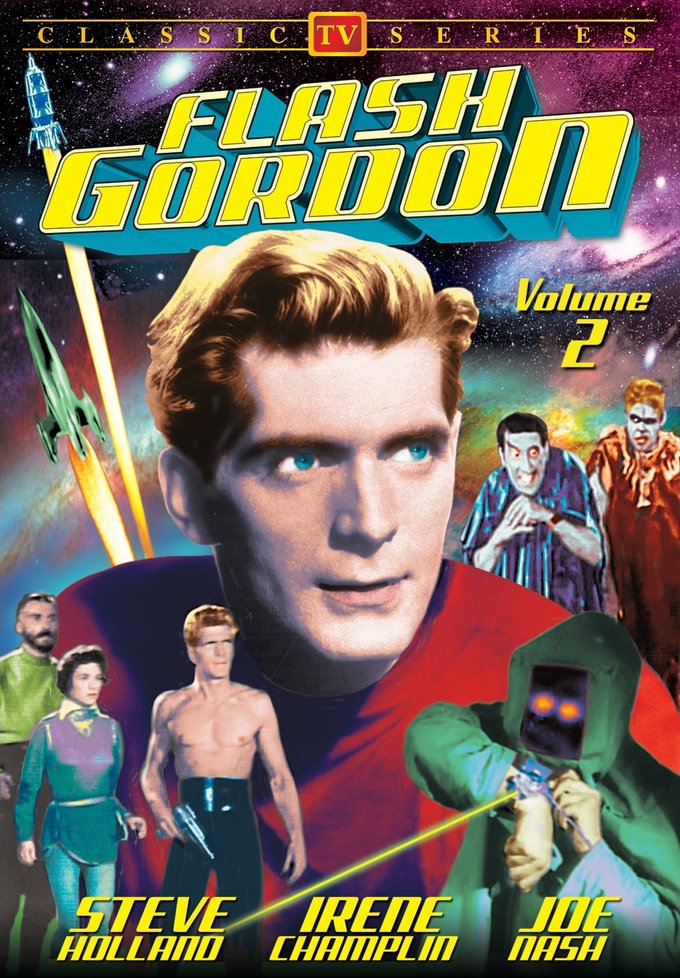 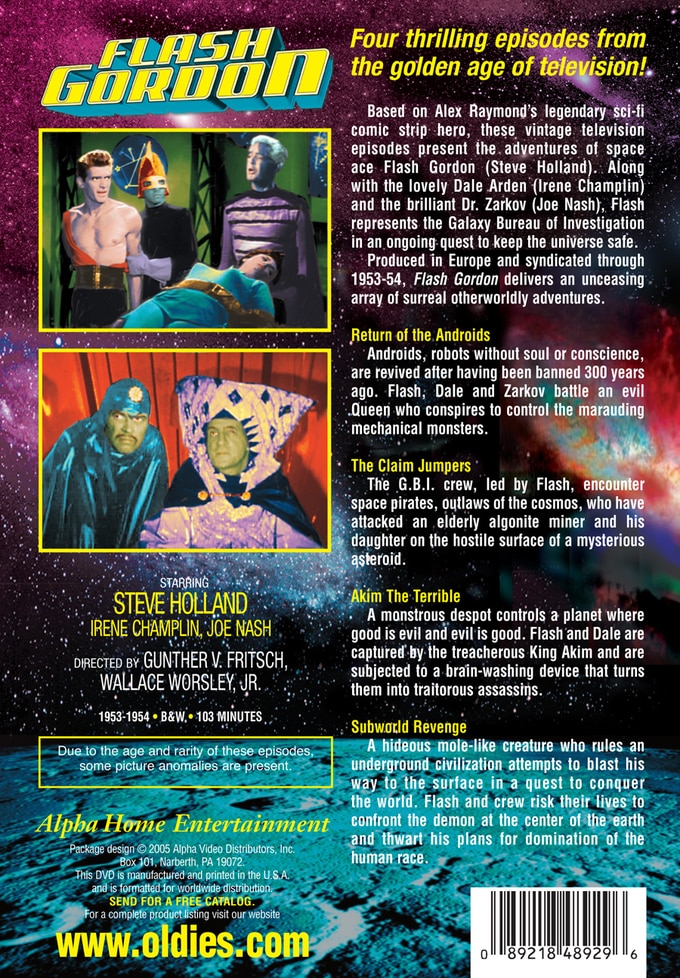 Based on Alex Raymond's legendary sci-fi comic strip hero, these vintage television episodes present the adventures of space ace Flash Gordon (Steve Holland). Along with the lovely Dale Arden (Irene Champlin) and the brilliant Dr. Zarkov (Joe Nash), Flash represents the Galaxy Bureau of Investigation in an ongoing quest to keep the universe safe. Produced in Europe and syndicated through 1953-54, Flash Gordon delivers an unceasing array of surreal otherworldly adventures.

Return of the Androids: Androids, robots without soul or conscience, are revived after having been banned 300 years ago. Flash, Dale and Zarkov battle an evil Queen who conspires to control the marauding mechanical monsters.

The Claim Jumpers: The G.B.I. crew, led by Flash, encounter space pirates, outlaws of the cosmos, who have attacked an elderly algonite miner and his daughter on the hostile surface of a mysterious asteroid.

Akim The Terrible: A monstrous despot controls a planet where good is evil and evil is good. Flash and Dale are captured by the treacherous King Akim and are subjected to a brain-washing device that turns them into traitorous assassins.

Subworld Revenge: A hideous mole-like creature who rules an underground civilization attempts to blast his way to the surface in a quest to conquer the world. Flash and crew risk their lives to confront the demon at the center of the earth and thwart his plans for domination of the human race.