112K ratings
Currently Out of Stock: We'll get more as soon as possible
Notify Me When Available
Add to Wishlist
Format:  Blu-ray
item number:  AHD5
Also released as:
Whatever Works for $13.10
91% recommend us! 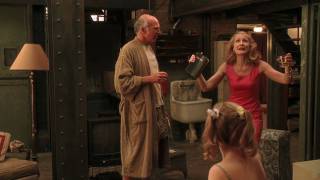 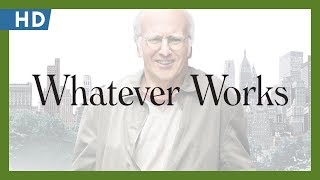 The New York-based humor of Woody Allen and CURB YOUR ENTHUSIAM's Larry David seems like a natural match, and the pair unite for the first time in this comedy. WHATEVER WORKS follows a rich man (David), who decides that he should be living a different, less-status based life. Evan Rachel Wood, Patricia Clarkson, Ed Begley Jr., and Michael McKean star in this film that marks Allen's cinematic return to New York City.

Whatever Works explores the relationship between a crotchety misanthrope, Boris (Larry David) and a naïve, impressionable young runaway from the south, Melody (Evan Rachel Wood). When Melody's uptight parents arrive in New York to rescue her, they are quickly drawn into wildly unexpected romantic entanglements. Everyone discovers that finding love is just a combination of lucky chance and appreciating the value of "whatever works."

Magic in the Moonlight (Blu-ray)
$18.30 Super Savings
Add to Cart