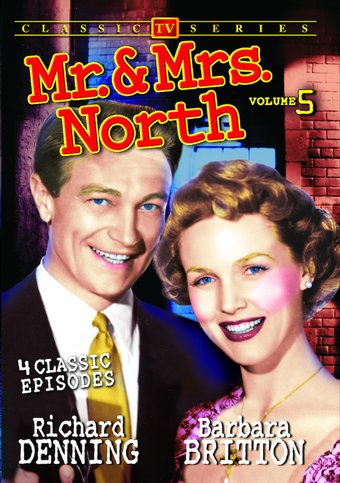 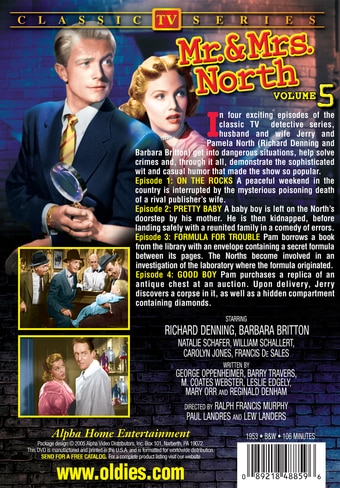 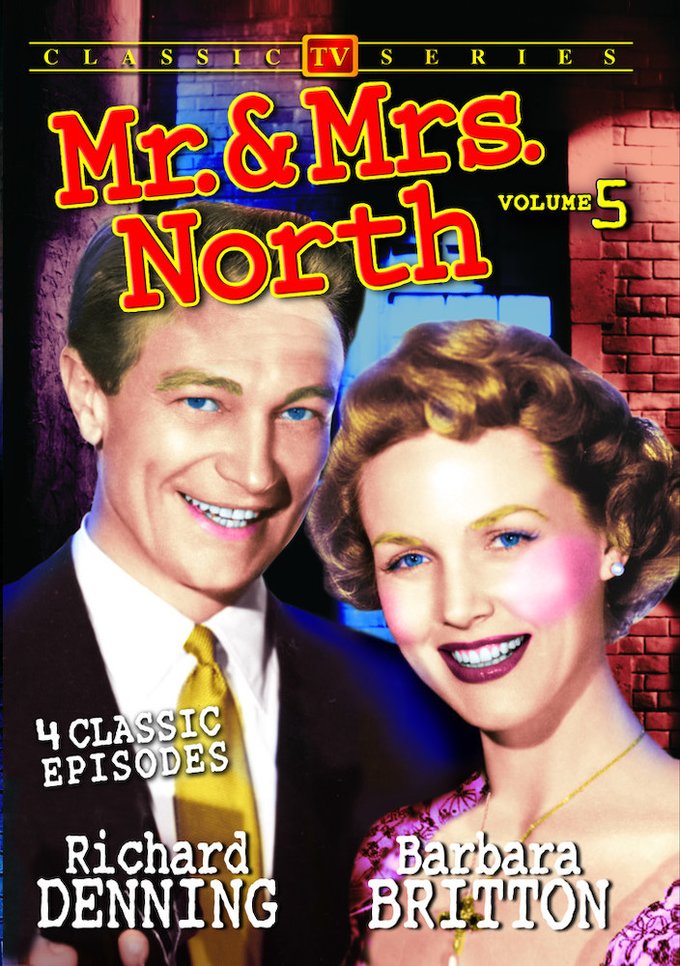 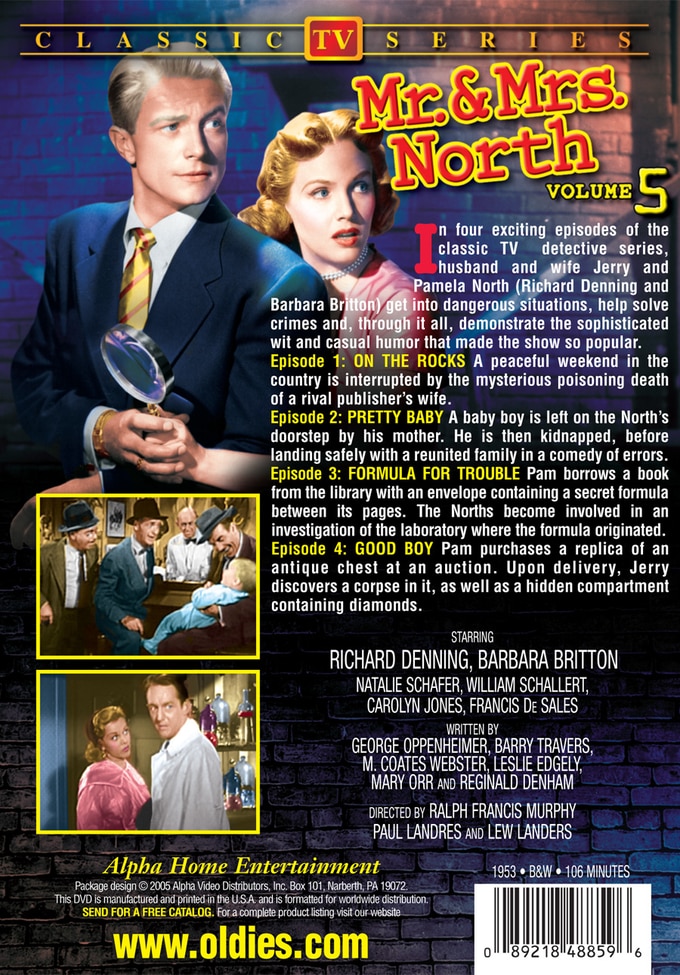 ON THE ROCKS: A peaceful weekend in the country is interrupted by the mysterious poisoning death of a rival publisher's wife.

PRETTY BABY: A baby boy is left on the North's doorstep by his mother. He is then kidnapped, before landing safely with a reunited family in a comedy of errors.

FORMULA FOR TROUBLE: Pam borrows a book from the library with an envelope containing a secret formula between its pages. The Norths become involved in an investigation of the laboratory where the formula originated.

GOOD BOY: Pam purchases a replica of an antique chest at an auction. Upon delivery, Jerry discovers a corpse in it, as well as a hidden compartment containing diamonds.

Detective
This product is made-on-demand by the manufacturer using DVD-R recordable media. Almost all DVD players can play DVD-Rs (except for some older models made before 2000) - please consult your owner's manual for formats compatible with your player. These DVD-Rs may not play on all computers or DVD player/recorders. To address this, the manufacturer recommends viewing this product on a DVD player that does not have recording capability.