81K ratings
Currently Out of Stock: We'll get more as soon as possible
Notify Me When Available
Add to Wishlist
Format:  Blu-ray
item number:  35746
Also released as:
Naked Lunch (Criterion Collection) for $26.10
91% recommend us! 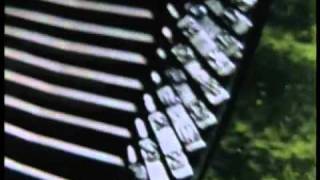 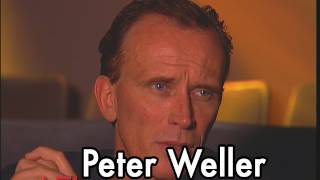 "It's impossible to make a movie out of 'Naked Lunch.' A literal translation just wouldn't work. It would cost $400 million to make and would be banned in every country of the world."
- David Cronenberg
"You don't often see this operation performed, mainly because it is of no medical value" - Dr. Benway

The dry wit of writer William S. Burroughs transfers surprisingly well to the screen. This partially biographical celluloid interpretation of his book shows Burroughs's daring and delirium as one of the experimental beat writers (with Jack Kerouac and Allen Ginsberg) who emerged in the late 1950s. In the lead role, Peter Weller does a dead-on Burroughs impression, and the film follows a bizarre logic and has a dark, rich look that makes it one of director David Cronenberg's more satisfying works. Bill Lee (Weller) is a pest-control man who would rather be a writer, and he is seeking escape from his troubled existence. After killing his wife, he flees to Interzone, a hallucinatory version of Tangiers (the location where Burroughs penned the book). There he finds that reality and fantasy have merged in a strange, surreal landscape inhabited by half-alien, half-insect creatures and odd humans. And finally, in this altered state, Lee can become a writer. Like other Cronenberg films, NAKED LUNCH is a bit squishy; it is full of pervasive biological dread. And this film is not exactly faithful to the novel. Instead, Cronenberg provides it with a neat framework that begins and ends with Lee shooting his wife Joan (Judy Davis) during a botched William Tell routine, just as Burroughs did in real life.