Four (more) rare episodes of the action-packed show featuring a group of adventurers fighting Indians and white man's injustice on a frontier settlement. 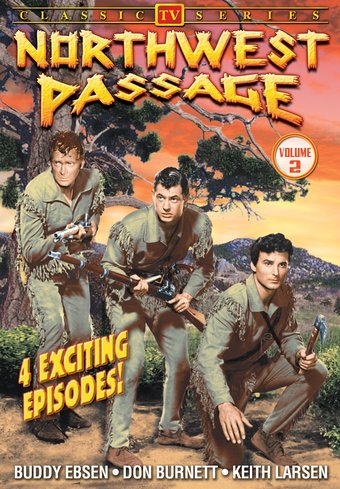 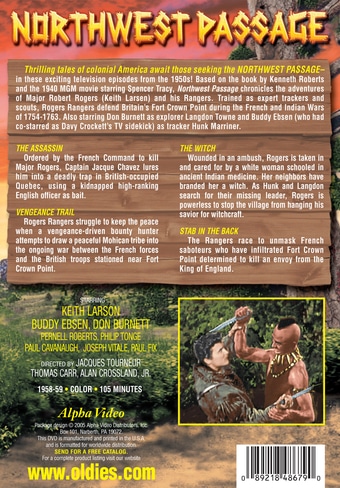 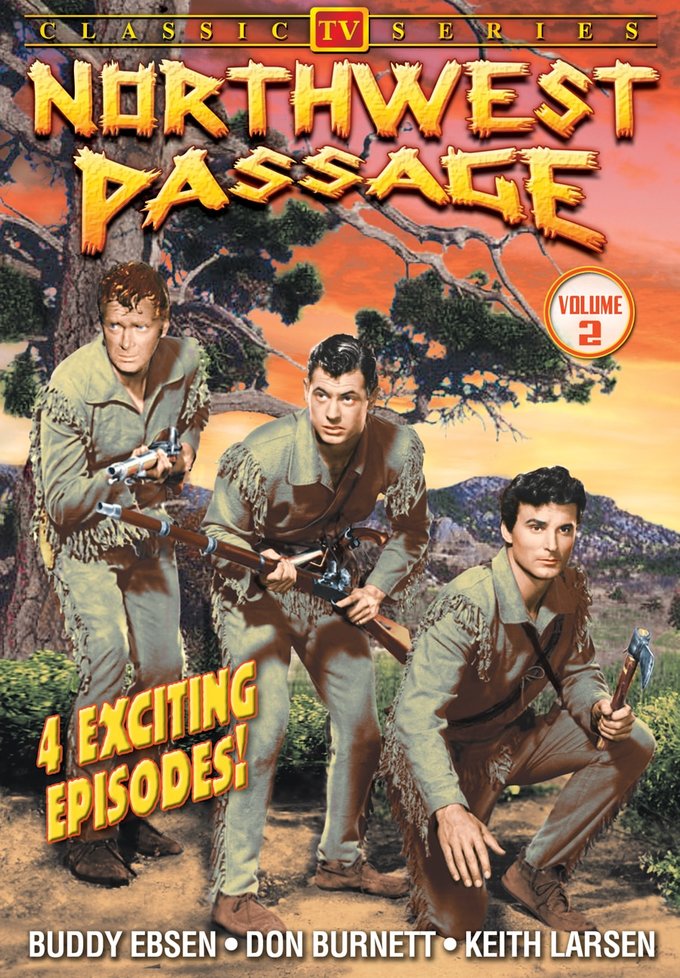 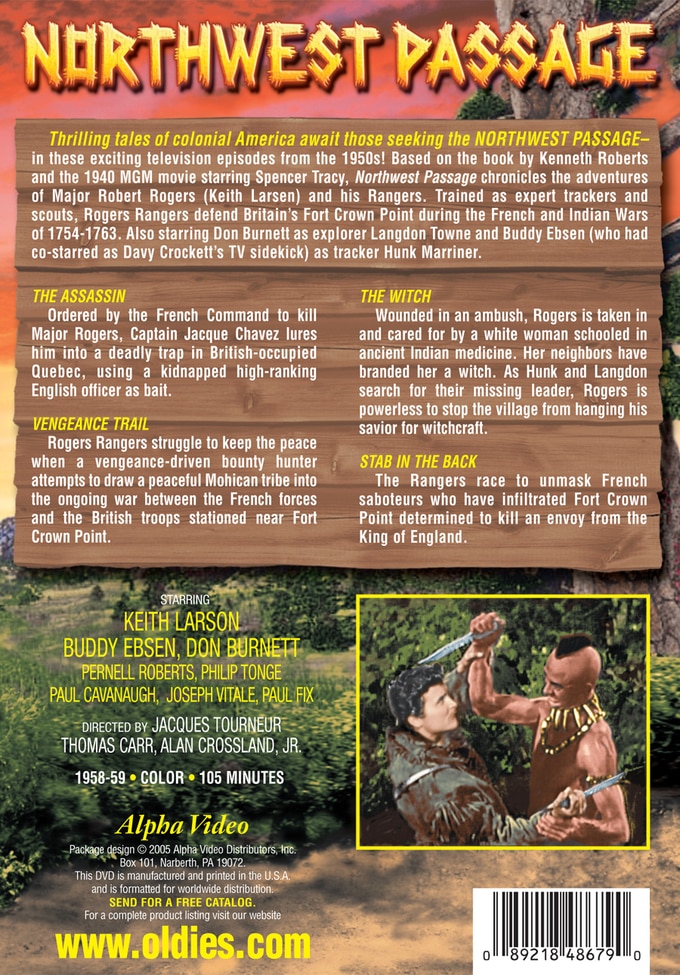 Thrilling tales of colonial America await those seeking the NORTHWEST PASSAGE - in these exciting television episodes from the 1950s! Based on the book by Kenneth Roberts and the 1940 MGM movie starring Spencer Tracy, "Northwest Passage" chronicles the adventures of Major Robert Rogers (Keith Larsen) and his Rangers. Trained as expert trackers and scouts, Rogers Rangers defend Britain's Fort Crown Point during the French and Indian Wars of 1754-1763. Also starring Don Burnett as explorer Langdon Towne and Buddy Ebsen (who had co-starred as Davy Crockett's TV sidekick) as tracker Hunk Marriner.

The Assassin: Ordered by the French Command to kill Major Rogers, Captain Jacque Chavez lures him into a deadly trap in British-occupied Quebec, using a kidnapped high-ranking English officer as bait.

Vengeance Trail: Rogers Rangers struggle to keep the peace when a vengeance-driven bounty hunter attempts to draw a peaceful Mohican tribe into the ongoing war between the French forces and the British troops stationed near Fort Crown Point.

The Witch: Wounded in an ambush, Rogers is taken in and cared for by a white woman schooled in ancient Indian medicine. Her neighbors have branded her a witch. As Hunk and Langdon search for their missing leader, Rogers is powerless to stop the village from hanging his savior for witchcraft.

Stab in the Back: The Rangers race to unmask French saboteurs who have infiltrated Fort Crown Point determined to kill an envoy from the King of England.

In a rare television series set during the French and Indian War (1754-1759), Major Rogers's Rangers vainly search for the mythical river passage across the country, battling with Indians or Frenchmen luckless enough to cross their paths. Largely based on the 1940 movie, Keith Larsen replaces Spencer Tracy, Buddy Ebsen plays Walter Brennan's part, and Don Burnett steps in for Robert Young (who was busy on another soundstage in FATHER KNOWS BEST). Four episodes from the offbeat show are included here.

Action | Series | Classic | Vintage | Classic Television
This product is made-on-demand by the manufacturer using DVD-R recordable media. Almost all DVD players can play DVD-Rs (except for some older models made before 2000) - please consult your owner's manual for formats compatible with your player. These DVD-Rs may not play on all computers or DVD player/recorders. To address this, the manufacturer recommends viewing this product on a DVD player that does not have recording capability.


This was a good TV series and I'm glad that you've brought some of them out on DVD. I've enjoyed the first 2 and hope you do more. The story lines are great and filled with action and adventure.