West of The Badlands (aka The Border Legion) 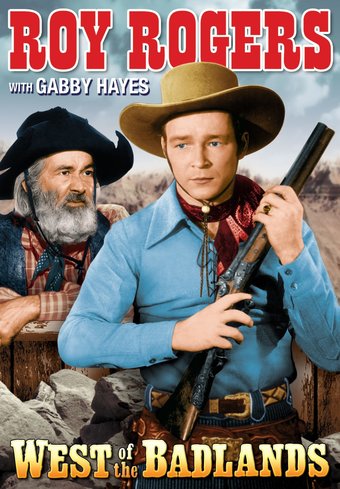 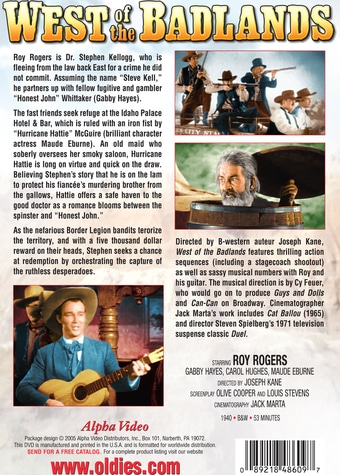 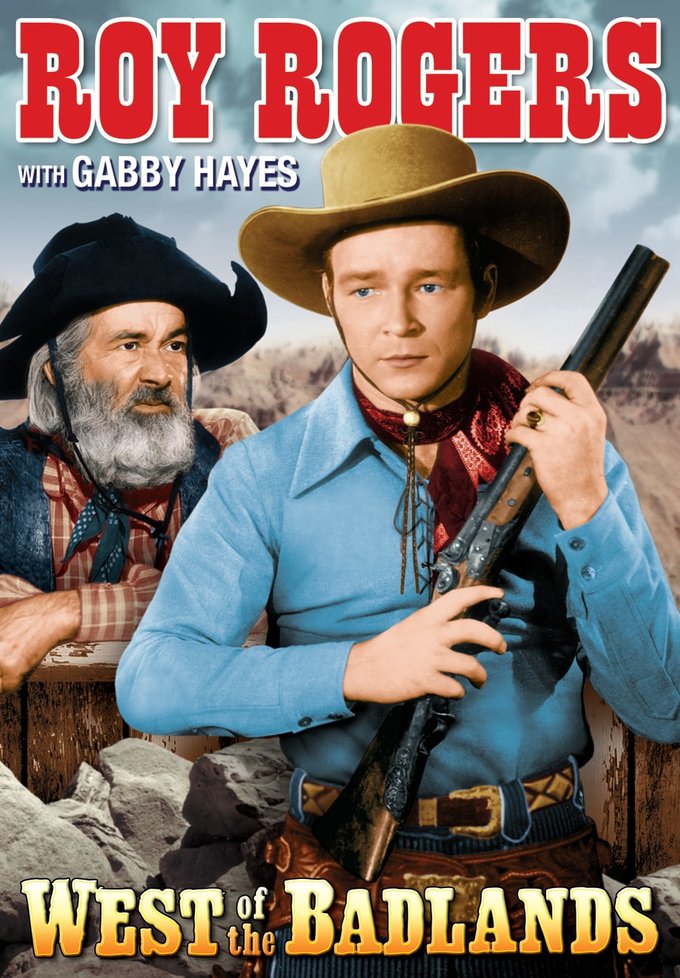 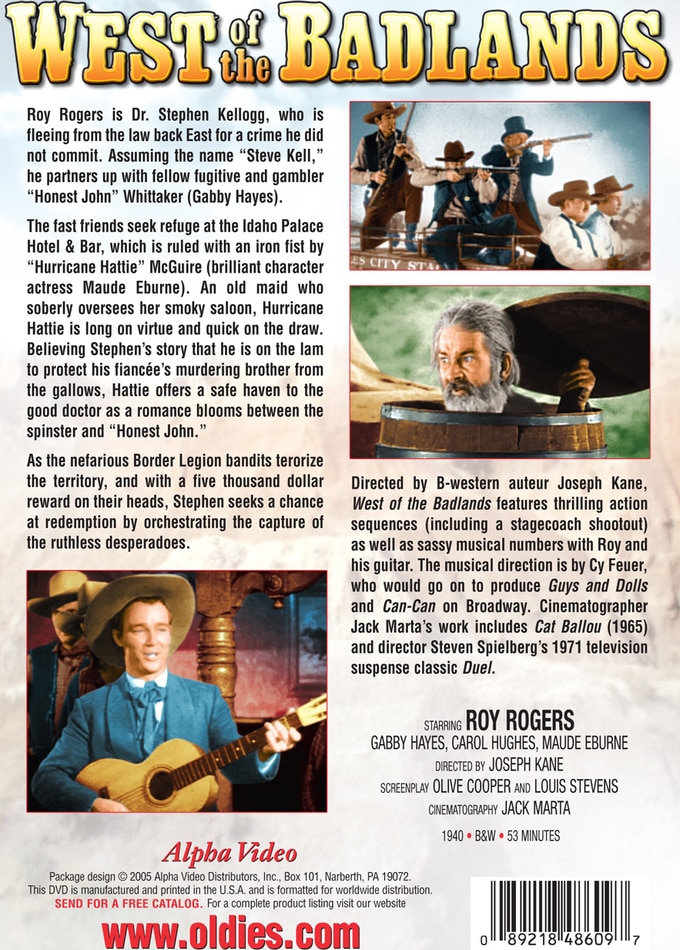 Roy Rogers is Dr. Stephen Kellogg, who is fleeing from the law back East for a crime he did not commit. Assuming the name "Steve Kell," he partners up with fellow fugitive and gambler "Honest John" Whittaker (Gabby Hayes).

The fast friends seek refuge at the Idaho Palace Hotel & Bar, which is ruled with an iron fist by "Hurricane Hattie" McGuire (brilliant character actress Maude Eburne). An old maid who soberly oversees her smoky saloon, Hurricane Hattie is long on virtue and quick on the draw. Believing Stephen's story that he is on the lam to protect his fiance's murdering brother from the gallows, Hattie offers a safe haven to the good doctor as a romance blooms between the spinster and "Honest John."

As the nefarious Border Legion bandits terrorize the territory, and with a five thousand dollar reward on their heads, Stephen seeks a chance at redemption by orchestrating the capture of the ruthless desperadoes.

Directed by B-western auteur Joseph Kane, West of the Badlands features thrilling action sequences (including a stagecoach shootout) as well as sassy musical numbers with Roy and his guitar. The musical direction is by Cy Feuer, who would go on to produce "Guys and Dolls" and "Can-Can" on Broadway. Cinematographer Jack Marta's work includes Cat Ballou (1965) and director Steven Spielberg's 1971 television suspense classic Duel.

Roy Rogers, the king of the Cowboys teams up with his wife Dale Evans and pal Gabby Hayes for this action film about a Doctor who is accused of a crime he didn't commit. Set in Idaho of 1875, it shows the "Border Legion" of vicious outlaws who preyed on people who traveled west seeking a home. This DVD is authorized by the Roy Rogers Estate.

Action | Cowboys
This product is made-on-demand by the manufacturer using DVD-R recordable media. Almost all DVD players can play DVD-Rs (except for some older models made before 2000) - please consult your owner's manual for formats compatible with your player. These DVD-Rs may not play on all computers or DVD player/recorders. To address this, the manufacturer recommends viewing this product on a DVD player that does not have recording capability.