Charles Starrett becomes a one-man army of revenge when his brother is murdered by cattle rustlers. 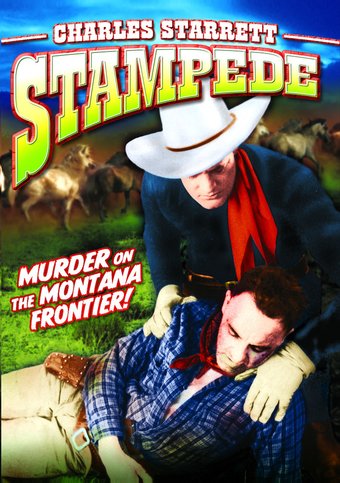 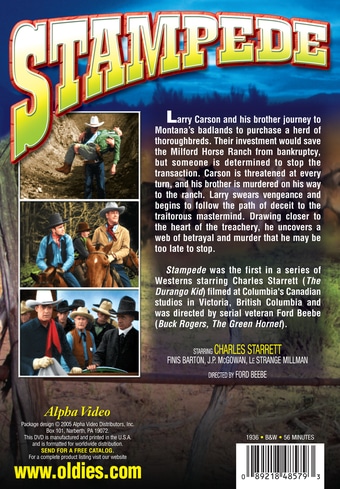 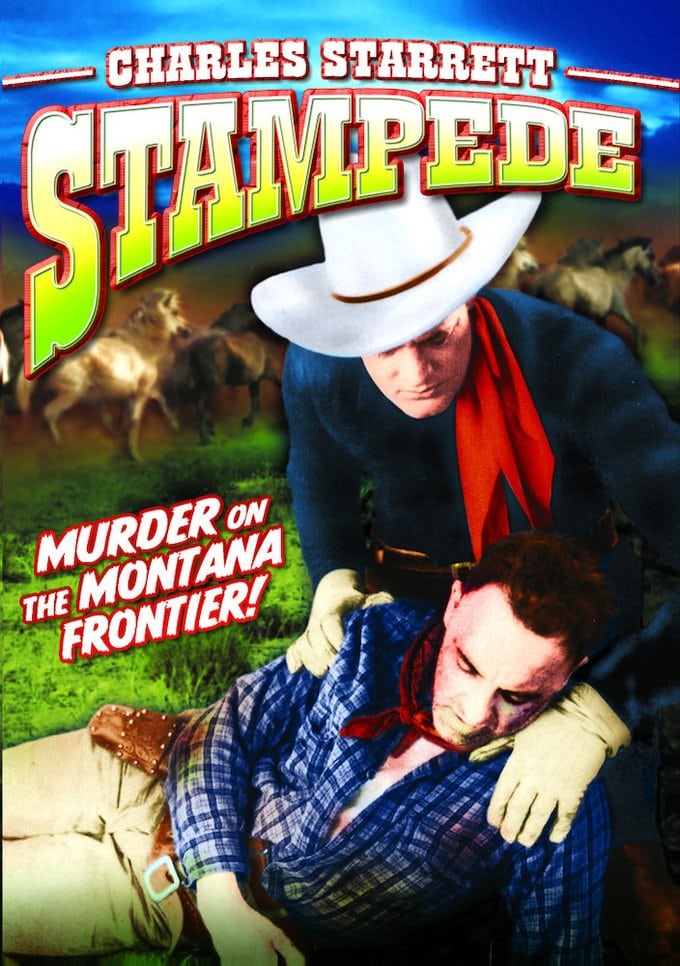 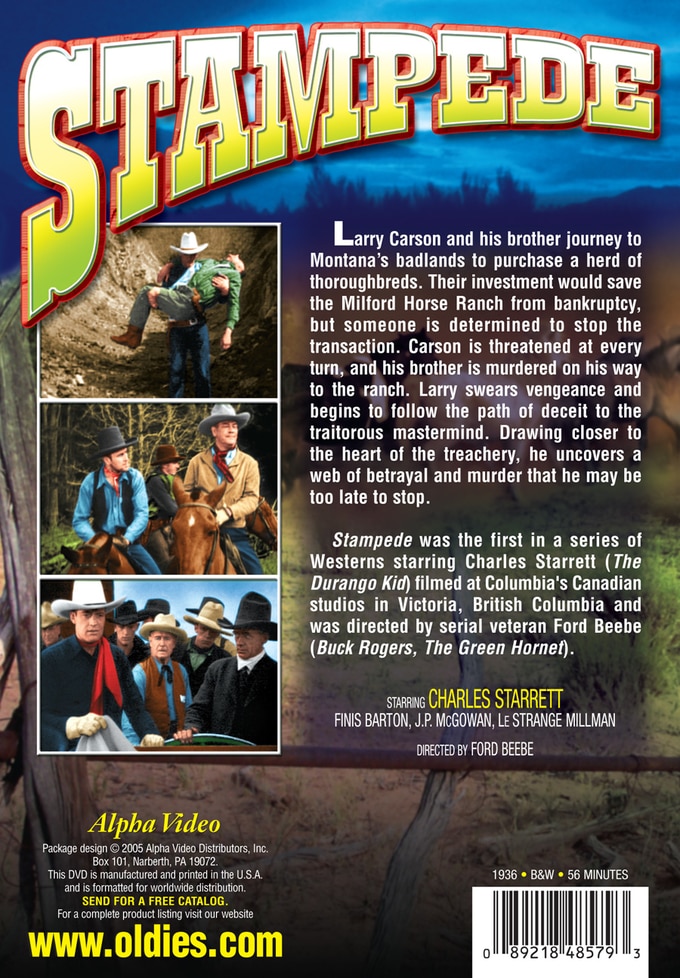 Larry Carson and his brother journey to Montana's badlands to purchase a herd of thoroughbreds. Their investment would save the Milford Horse Ranch from bankruptcy, but someone is determined to stop the transaction. Carson is threatened at every turn, and his brother is murdered on his way to the ranch. Larry swears vengeance and begins to follow the path of deceit to the traitorous mastermind. Drawing closer to the heart of the treachery, he uncovers a web of betrayal and murder that he may be too late to stop.

Stampede was the first in a series of Westerns starring Charles Starrett (The Durango Kid) filmed at Columbia's Canadian studios in Victoria, British Columbia and was directed by serial veteran Ford Beebe (Buck Rogers, The Green Hornet).

Charles Starrett takes the lead role in STAMPEDE, a black-and-white western from 1936 that tells a moving tale of murder and vengeance. The brother of Larry Carson (Starrett) is murdered as he purchases some horses in an attempt to save his rundown farm. Seeking revenge, Carson sets off on the trail of the killers, uncovering in the process a group of vicious criminal masterminds.