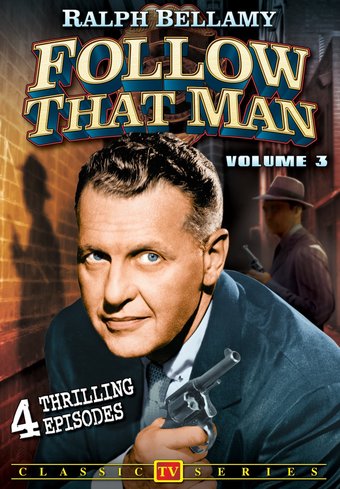 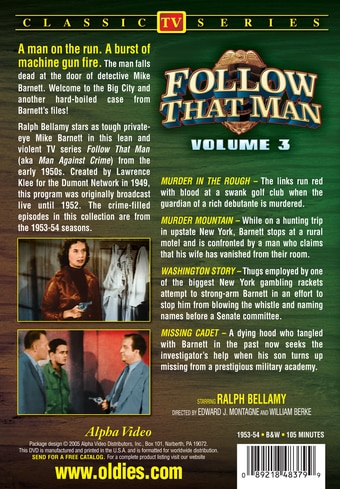 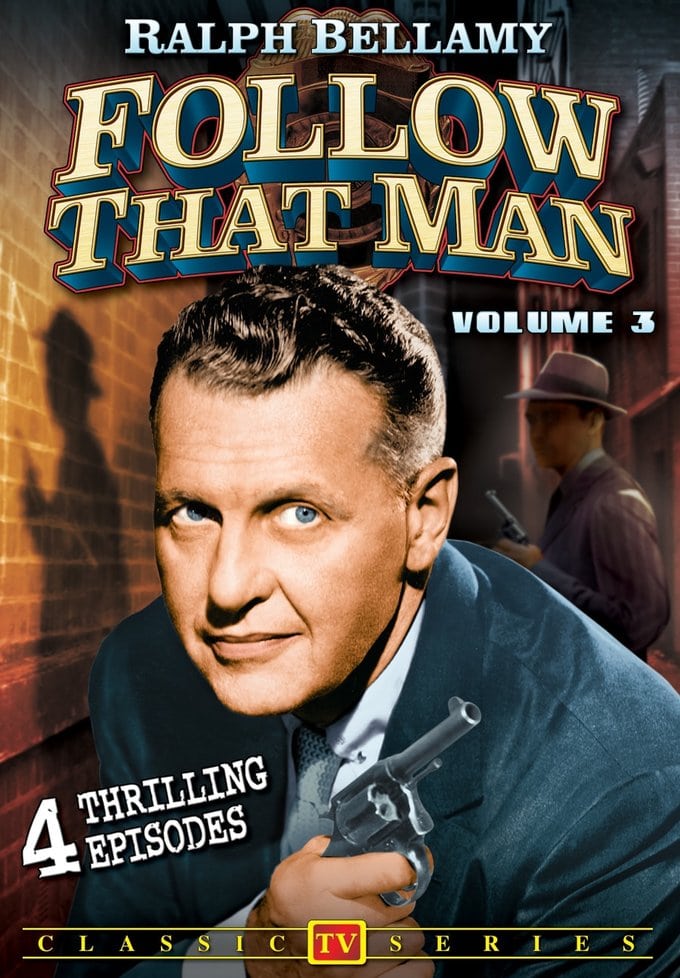 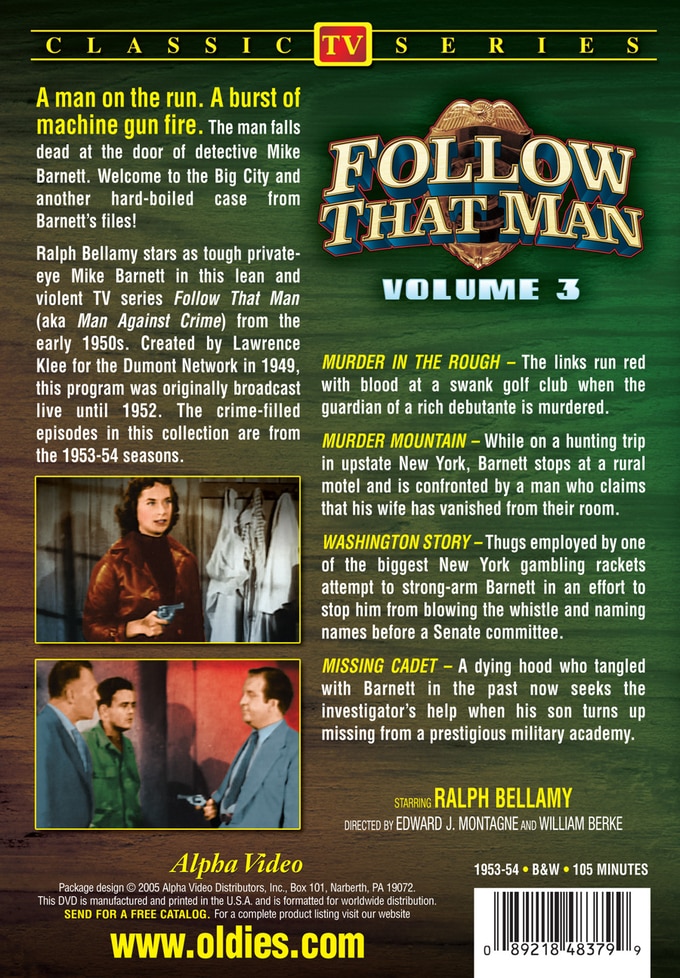 Ralph Bellamy stars as tough private-eye Mike Barnett in this lean and violent TV series "Follow That Man" (aka "Man Against Crime") from the early 1950s. Created by Lawrence Klee for the Dumont Network in 1949, this program was originally broadcast live until 1952. The crime-filled episodes in this collection are from the 1953-54 seasons.

Murder In The Rough: The links run red with blood at a swank golf club when the guardian of a rich debutante is murdered.

Murder Mountain: While on a hunting trip in upstate New York, Barnett stops at a rural motel and is confronted by a man who claims that his wife has vanished from their room.

Washington Story: Thugs employed by one of the biggest New York gambling rackets attempt to strong-arm Barnett in an effort to stop him from blowing the whistle and naming names before a Senate committee.

Missing Cadet: A dying hood who tangled with Barnett in the past now seeks the investigator's help when his son turns up missing from a prestigious military academy.

Tracking the fortunes of hard-bitten private detective Mike Barnett (Ralph Bellamy), this crime drama gave him some tough cases to crack, as robbers, con men, and other shadowy figures from the criminal underworld attempted to ply their trades. FOLLOW THAT MAN aired live at its inception, but the four episodes included here were pre-recorded: "Murder in the Rough," "Murder Mountain," "Washington Story," and "Missing Cadet."