Alternative Press: 3.5 stars out of 5 -- "[E]ven at its most cocksure and cathartic, HYDROGRAD remains posited on acceptance and resolve more than angst and vengeance." 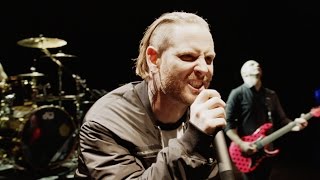 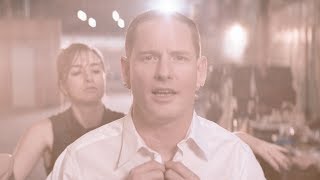 Alternative Press
3.5 stars out of 5 -- "[E]ven at its most cocksure and cathartic, HYDROGRAD remains posited on acceptance and resolve more than angst and vengeance."

Personnel: Corey Taylor, Josh Rand, Christian Martucci (vocals, guitar); Roy Mayorga (vocals, drums); Jason Christopher, Francesco Cameli, Alejandro Baima, Rem Massingill, George Adrian, Megan Milius, Matthew Phillips, Johny Chow (vocals).
Audio Mixer: Jay Ruston.
Recording information: Sphere Studios, Burbank, CA.
Photographer: Travis Shinn.
The veteran hard rockers' sixth studio long-player, Hydrograd takes its name from an airport sign that frontman Corey Taylor misread while racing to make a connecting flight in Eastern Europe. It's a fitting metaphor for the group, which, since its inception in 1992, has refused to be pigeonholed; carving out its own stylistically neutral brand of accessible modern heavy metal that's flirted with nearly every iteration of the genre. Notably, Hydrograd is the first Stone Sour outing not to feature guitarist and co-founder Jim Root, who left rather acrimoniously in 2013. The band has stated that Christian Martucci, who joined up in 2015, played a huge role in shaping the sound of the album, which is far more textural and cinematic, though no less heavy, than prior outings. Recorded live in the studio with Jay Ruston (Steel Panther, Anthrax, the Donnas), the sprawling 15-track set, which clocks in at just over an hour, can feel a little unruly, but there's more than enough meat here to make a proper sandwich. The melody-rich "Song #3," the vaguely Queensr˜che-ian closer "When the Fever Broke," and "Rose Red Violent Blue (This Song Is Dumb & So Am I)," the latter of which flirts with a Beatlesque verse melody before launching into a vintage arena rock chorus, are all radio-friendly enough to make it to primetime, but Stone Sour have always been at their best when they inject their more commercial side with a little venom. They do just that on the knotty opener "Taipei Person/Allah Tea" and the galvanic single "Fabuless" -- the singularly titled "Whiplash Pants" also hits that sweet spot -- and it's in those grey areas where Hydrograd begins to make sense. ~ James Christopher Monger

Mudvayne
Beginning of All Things To End
$6.97 CD Sale
Add to Cart