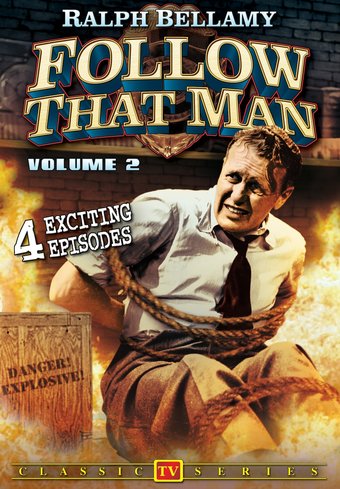 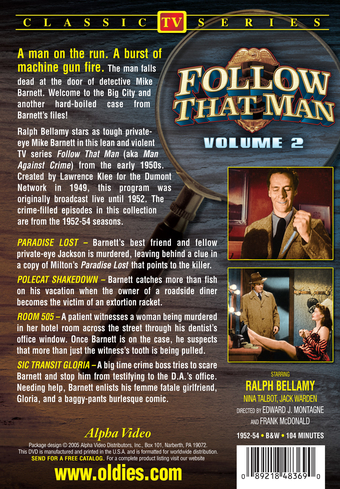 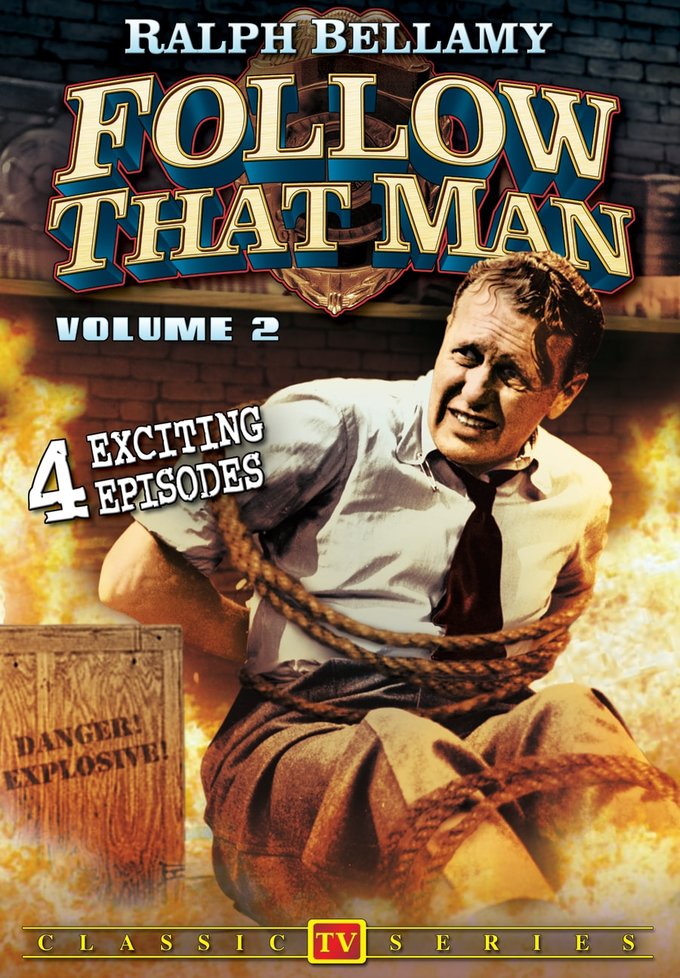 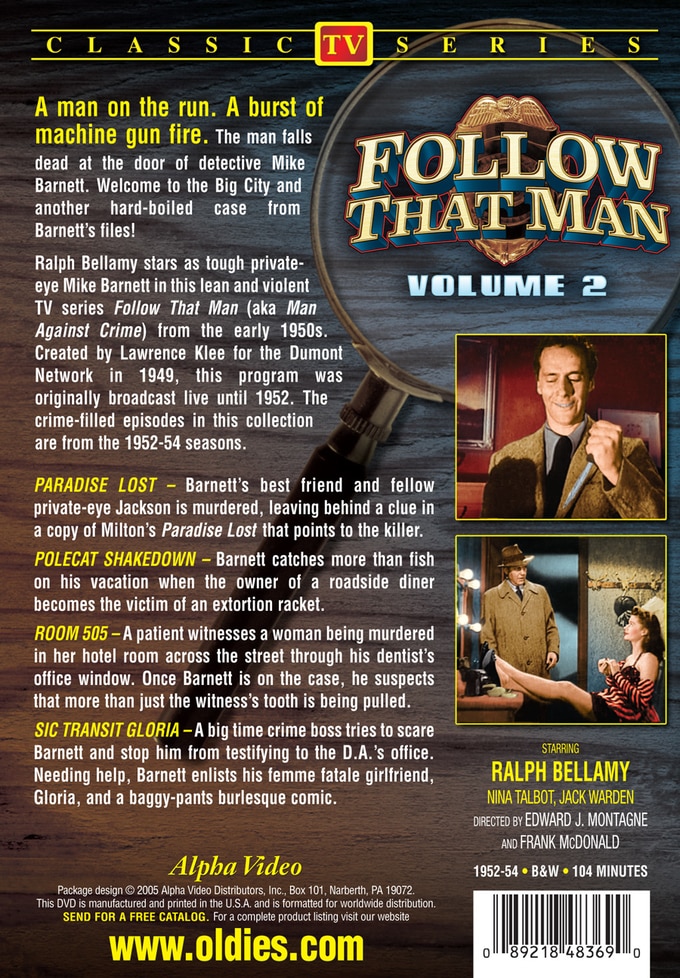 Ralph Bellamy stars as tough private-eye Mike Barnett in this lean and violent TV series "Follow That Man" (aka "Man Against Crime") from the early 1950s. Created by Lawrence Klee for the Dumont Network in 1949, this program was originally broadcast live until 1952. The crime-filled episodes in this collection are from the 1952-54 seasons.

Paradise Lost: Barnett's best friend and fellow private-eye Jackson is murdered, leaving behind a clue in a copy of Milton's Paradise Lost that points to the killer.

Polecat Shakedown: Barnett catches more than fish on his vacation when the owner of a roadside diner becomes the victim of an extortion racket.

Room 505: A patient witnesses a woman being murdered in her hotel room across the street through his dentist's office window. Once Barnett is on the case, he suspects that more than just the witness's tooth is being pulled.

Four episodes from the vintage TV show FOLLOW THAT MAN are included on this release. Tracking the fortunes of hard-bitten private detective Mike Barnett (Ralph Bellamy), the show gave him some tough cases to crack, as robbers, con men, and other shadowy figures from the criminal underworld attempt to ply their trades. FOLLOW THAT MAN aired live at its inception, but these episodes from 1952 to 1954 were pre-recorded.