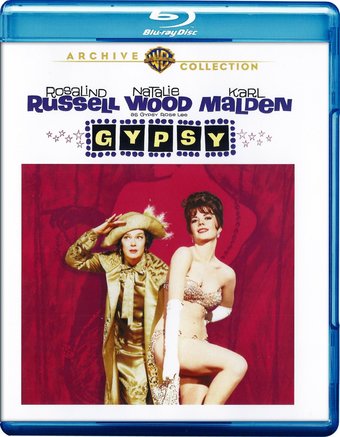 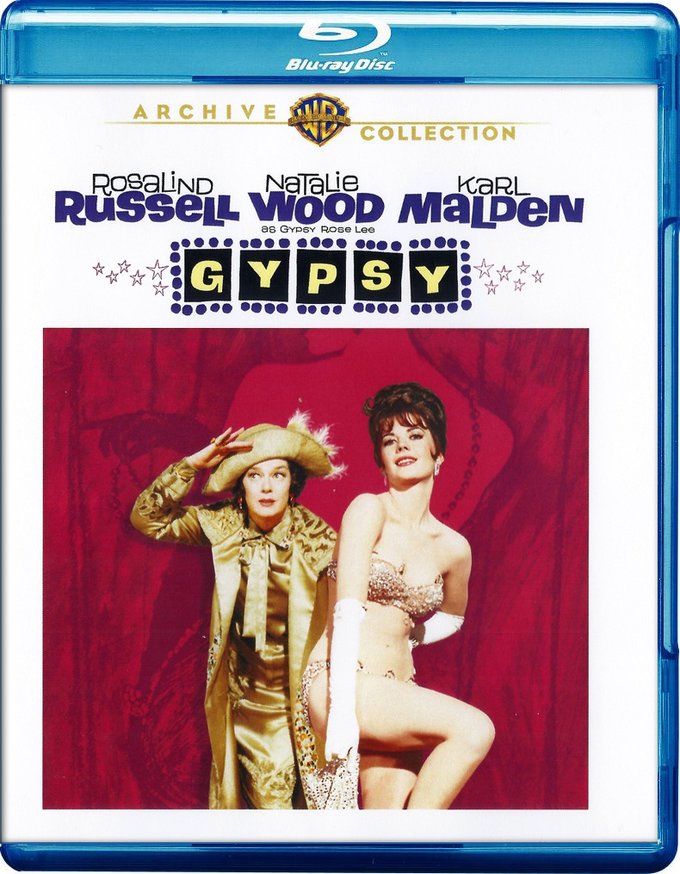 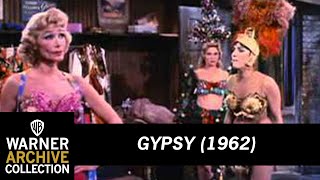 Ringing with the showbiz sass of its Jule Styne/Stephen Sondheim score, the film version of the Broadway hit Gypsy takes you on a grand vaudeville tour. It sweeps you up in the roller-coaster relationship of Louise (Natalie Wood), the wallflower later to blossom into sophisticated stripper Gypsy Rose Lee, and her ambitious mother, Rose (Rosalind Russell who's performance won her a fifth Best Actress Golden Globe Award). Karl Malden scores as Herbie, the salesman who falls for Rose - to his exasperation. Full of terrific tunes (Everything's Coming Up Roses and Small World among them), Gypsy will certainly entertain you and definitely make you smile.

This stellar Broadway play from Arthur Laurent, Jule Styne, and Stephen Sondheim ranks as one of the great pieces of American musical theater. The play and the subsequent film feature the enormously popular "Everything Is Coming Up Roses" and also includes "Small World," "All I Need Is the Girl," "You Gotta Have a Gimmick," "Let Me Entertain You," "Broadway, Broadway," and a half dozen others. The story follows the life of Rose Louise Hovick, the infamous queen of burlesque. Mama Rose, played by Rosalind Russell, propelled by the fame she never achieved, is determined to make her two daughters vaudeville stars whether they like it or not. Her bets rest with the older daughter, June, until June strikes off on her own, putting all the pressure on Louise (Natalie Wood), who isn't particularly interested in her mother's aspirations. At the same time, the world of vaudeville is decaying slowly around them, with many of the stages turning to burlesque acts. In a spontaneous move, Louise creates her own strip show onstage, and even though Louise doesn't display any skin, the act catches on fire. Actresses Russell and Wood pull off the difficult dramatic roles, but the real charm of the film rests in the excellent soundtrack.

This Mervyn LeRoy gem is a colorful adaptation of the Broadway play about the early life of the queen of burlesque, Gypsy Rose Lee. After years of putting her own ambitions on hold to raise a family, Mama Rose attempts to make her young daughters vaudeville stars.