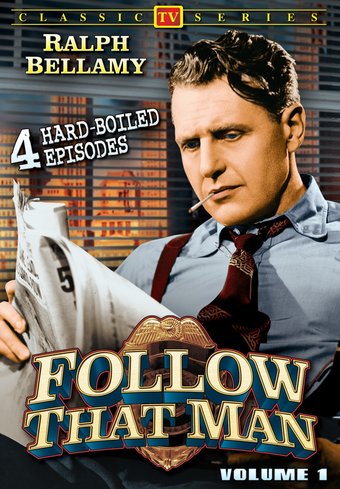 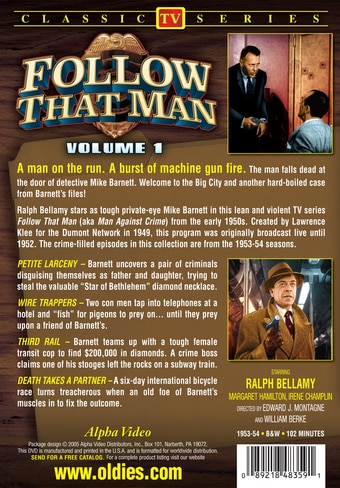 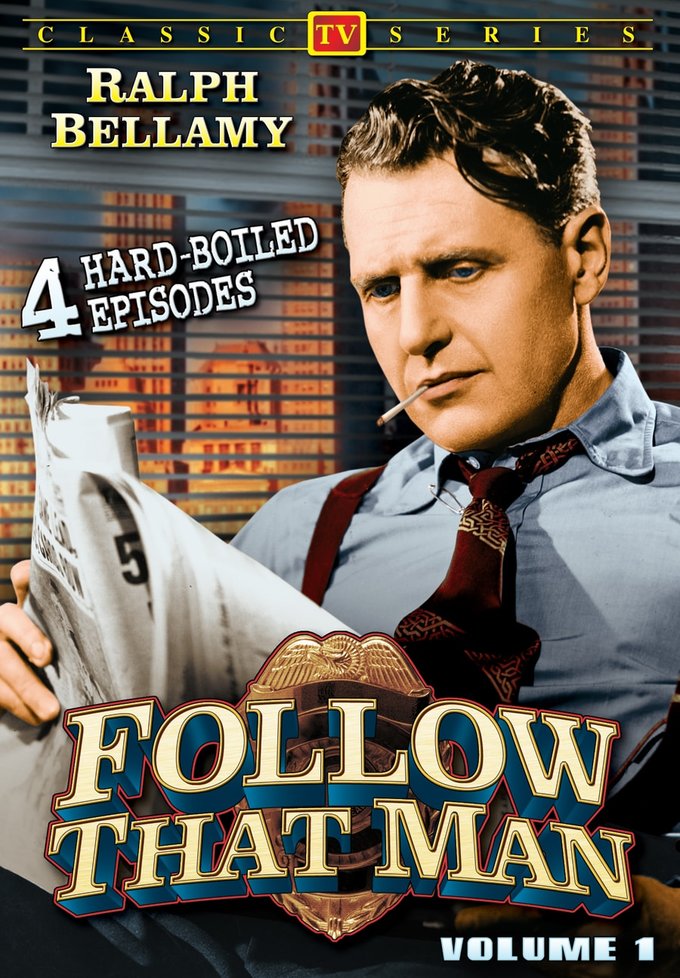 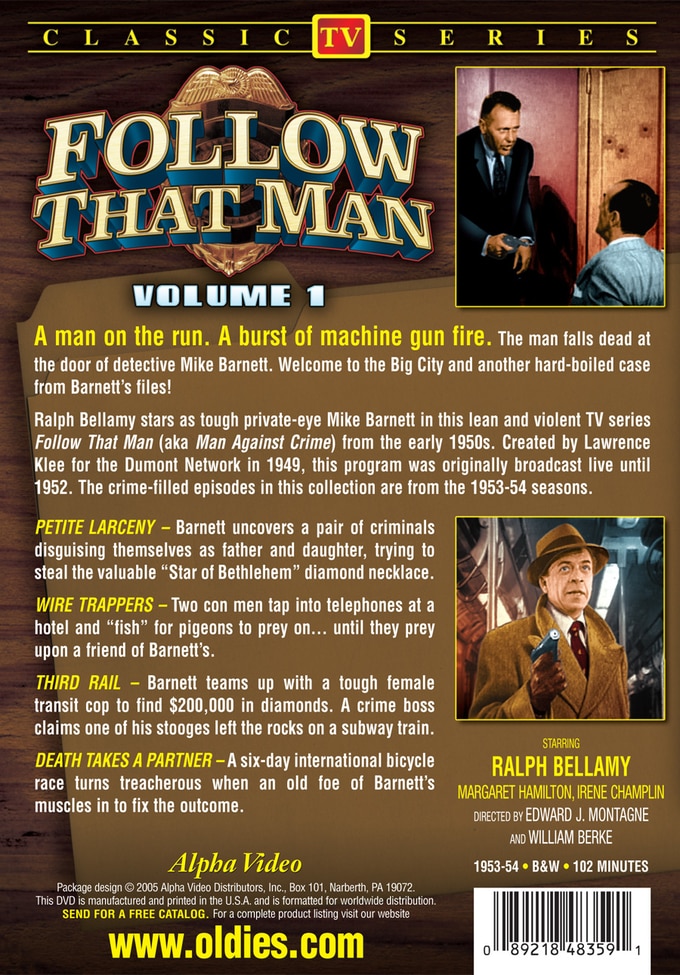 Ralph Bellamy stars as tough private-eye Mike Barnett in this lean and violent TV series "Follow That Man" (aka "Man Against Crime") from the early 1950s. Created by Lawrence Klee for the Dumont Network in 1949, this program was originally broadcast live until 1952. The crime-filled episodes in this collection are from the 1953-54 seasons.

Petite Larceny: Barnett uncovers a pair of criminals disguising themselves as father and daughter, trying to steal the valuable "Star of Bethlehem" diamond necklace.

Wire Trappers: Two con men tap into telephones at a hotel and "fish" for pigeons to prey on... until they prey upon a friend of Barnett's.

Third Rail: Barnett teams up with a tough female transit cop to find $200,000 in diamonds. A crime boss claims one of his stooges left the rocks on a subway train.

Death Takes A Partner: A six-day international bicycle race turns treacherous when an old foe of Barnett's muscles in to fix the outcome.

Four episodes from the vintage TV show FOLLOW THAT MAN are included on this release. Tracking the fortunes of hard-bitten private detective Mike Barnett (Ralph Bellamy), the show gave him some tough cases to crack, as robbers, con men, and other shadowy figures from the criminal underworld attempt to ply their trades. FOLLOW THAT MAN aired live at its inception, but by the time these episodes were broadcast, in 1953, the show had followed the example of many other TV dramas, and was pre-recorded.

Action | Adventure | Scams And Cons | Vintage | Murder | Vintage TV | Crime
This product is made-on-demand by the manufacturer using DVD-R recordable media. Almost all DVD players can play DVD-Rs (except for some older models made before 2000) - please consult your owner's manual for formats compatible with your player. These DVD-Rs may not play on all computers or DVD player/recorders. To address this, the manufacturer recommends viewing this product on a DVD player that does not have recording capability.