In this hard-boiled comedy of errors an embezzler steals a million dollars from his company only to have the money stolen from him. 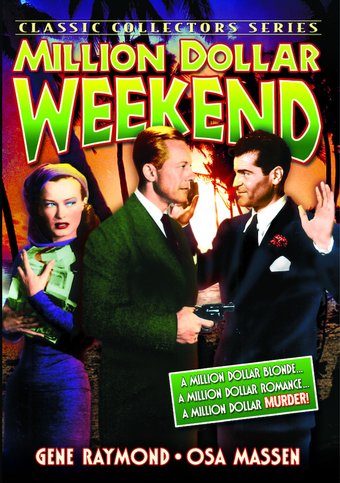 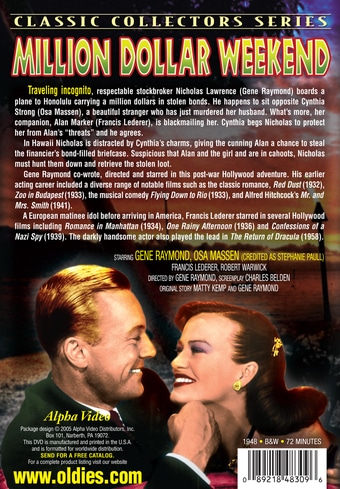 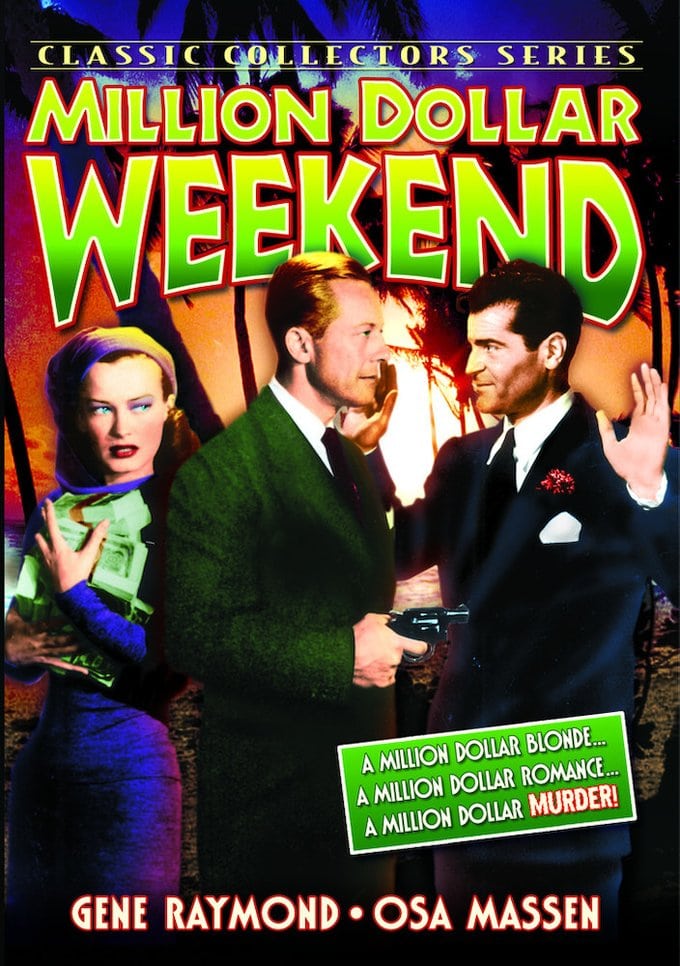 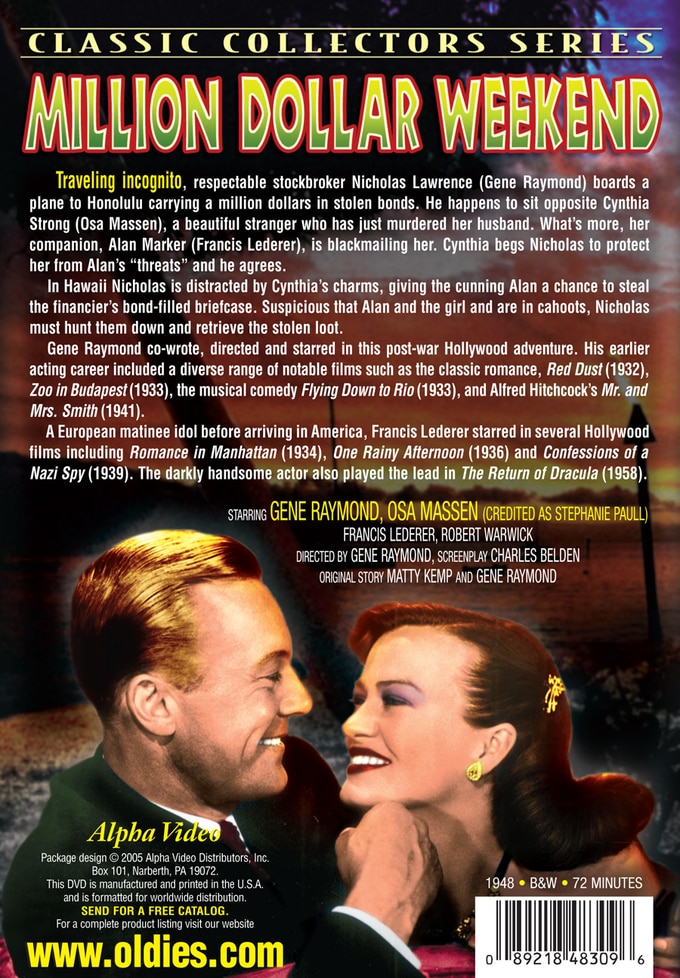 Traveling incognito, respectable stockbroker Nicholas Lawrence (Gene Raymond) boards a plane to Honolulu carrying a million dollars in stolen bonds. He happens to sit opposite Cynthia Strong (Osa Massen), a beautiful stranger who has just murdered her husband. What's more, her companion, Alan Marker (Francis Lederer), is blackmailing her. Cynthia begs Nicholas to protect her from Alan's "threats" and he agrees.

In Hawaii Nicholas is distracted by Cynthia's charms, giving the cunning Alan a chance to steal the financier's bond-filled briefcase. Suspicious that Alan and the girl and are in cahoots, Nicholas must hunt them down and retrieve the stolen loot.

Gene Raymond co-wrote, directed and starred in this post-war Hollywood adventure. His earlier acting career included a diverse range of notable films such as the classic romance, Red Dust (1932), Zoo in Budapest (1933), the musical comedy Flying Down to Rio (1933), and Alfred Hitchcock's Mr. and Mrs. Smith (1941).

A European matinee idol before arriving in America, Francis Lederer starred in several Hollywood films including Romance in Manhattan (1934), One Rainy Afternoon (1936) and Confessions of a Nazi Spy (1939). The darkly handsome actor also played the lead in The Return of Dracula (1958).

Gene Raymond produces, directs, and stars in this 1948 adventure film about what happens when frustrated office worker Nicholas Lawrence (Raymond) steals a small fortune from his employer, and flees on a plane to Hawaii. Nicholas is seated next to a beautiful woman by the name of Cynthia Strong (Stephanie Paull), who not only captures his heart, but also tells him that she is being blackmailed by the evil Alan Marker (Francis Lederer).Though his decision to take the money seems initially to have paid off, the karmic affects of Nicholas's immoral act catch up with him as he learns more about Cynthia's dark past, and Alan makes off with the money.