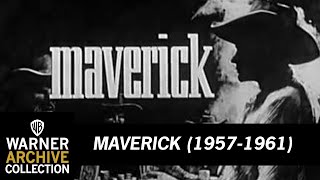 For fans of classic TV Westerns such as Cheyenne, Bonanza and Gunsmoke, Maverick: The Complete Second Season comes to DVD! James Garner stars as a card shark travelling the Old West with a sense of humor and a knack for getting into trouble. Wisecracking ladies' man Bret Maverick (Garner) and his more serious brother Bart (Jack Kelly) - two handsome bachelors on the loose in the Wild West - have more success at the game of poker than the game of love. Yet they keep trying their luck in one frontier outpost after another. Though cardsharps Bret and Bart would just as soon slip out of town quietly as face a gunman, when it's time for a showdown, don't bet against a Maverick!

This release compiles every episode from the sophomore season of MAVERICK, the comedy western series that starred James Garner and Jack Kelly as brothers who gambled and grifted their way through the old west, getting into a number of sticky situations along the way.

The Courtship of Eddie's Father - Complete 1st Season...
$24 on Sale
Add to Cart