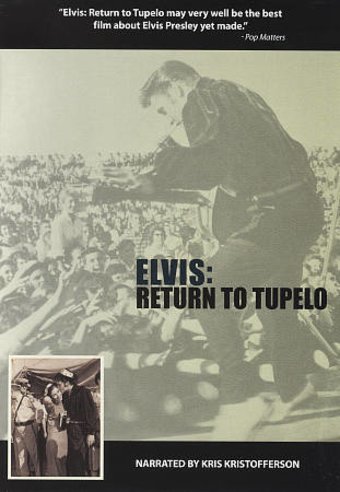 The Elvis phenomenon has its roots in his birthplace where Presley began a musical journey that would take him from the wrong side of the tracks in Tupelo through Memphis to worldwide iconic status. Using interviews, recordings, photographs and rare home movies, Elvis: Return to Tupelo is the rock n' roll adventure story of one of the greatest cultural forces of the twentieth century.

This documentary on music legend Elvis Presley traces the roots of the king's fame back to his birthplace in Tupelo, Mississippi, examining both how his upbringing and the creative culture of his hometown helped mold him into the musician he would become.

37%off
Elvis Presley
The Beginning
$9.40 Super Savings
Add to Cart