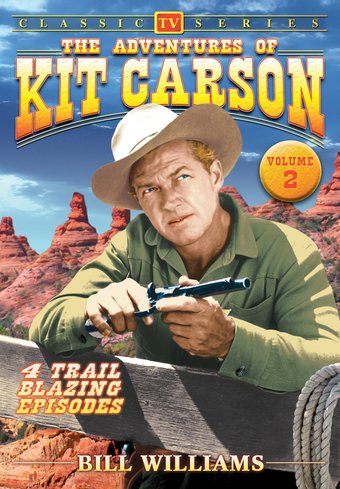 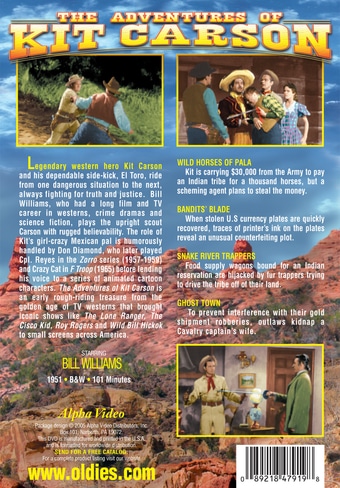 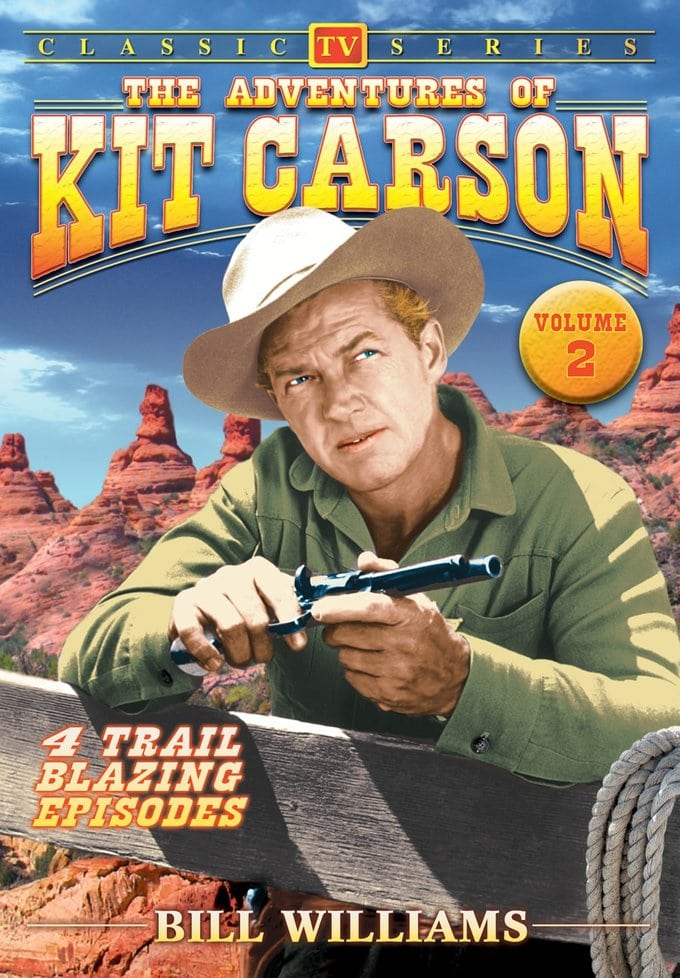 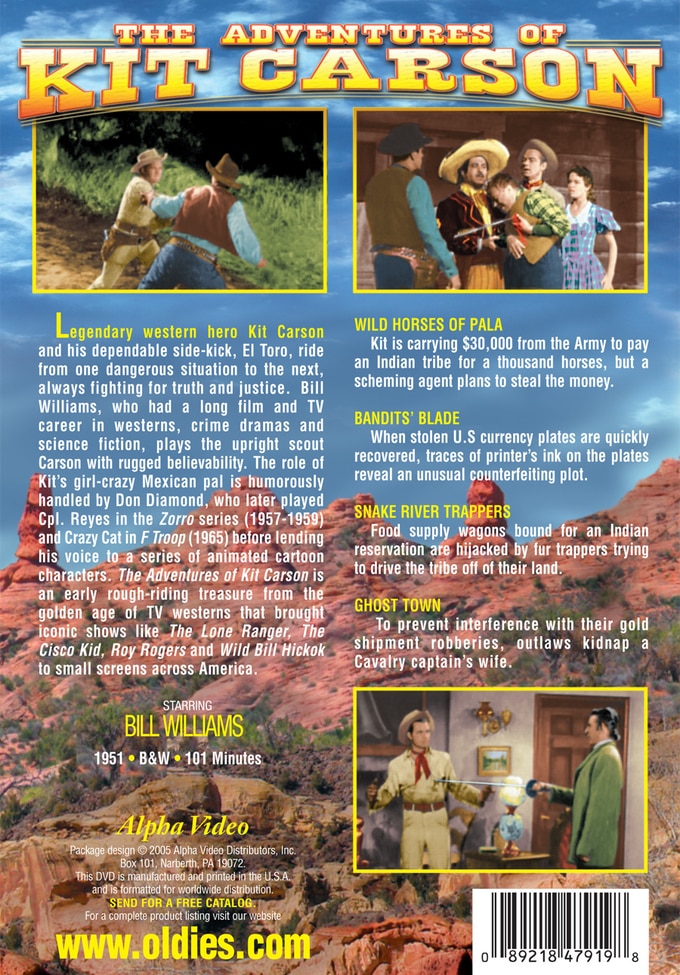 Wild Horses of Pala: Kit is carrying $30,000 from the Army to pay an Indian tribe for a thousand horses, but a scheming agent plans to steal the money.

Snake River Trappers: Food supply wagons bound for an Indian reservation are hijacked by fur trappers trying to drive the tribe off of their land.

First airing on American television in the early 1950s, western series THE ADVENTURES OF KIT CARSON followed the thrilling adventures of Kit Carson and his Mexican partner El Toro in their pursuit of justice and women. Bill Williams plays Kit Carson, while Don Diamond plays his goofy pal. During its run, the series fell into the same category as other TV westerns such as "Roy Rogers," "The Cisco Kid," and "The Lone Ranger." This Volume contains four episodes from the show: "Wild Horses of Pala," "Bandit's Blade," "Snake River Trappers," and "Ghost Town." In these episodes, Carson and El Toro must defend innocent people against robbers, renegade fur trappers, outlaws, and kidnappers.

Outlaws | Old West
This product is made-on-demand by the manufacturer using DVD-R recordable media. Almost all DVD players can play DVD-Rs (except for some older models made before 2000) - please consult your owner's manual for formats compatible with your player. These DVD-Rs may not play on all computers or DVD player/recorders. To address this, the manufacturer recommends viewing this product on a DVD player that does not have recording capability.