Famous sleuth Ellery Queen becomes involved with a killer while on the trail of a valuable stolen stamp. 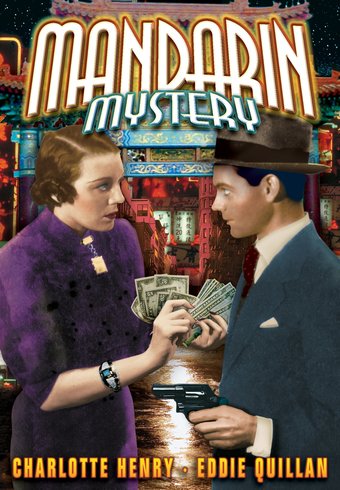 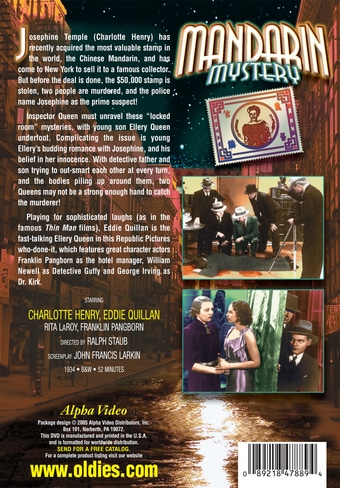 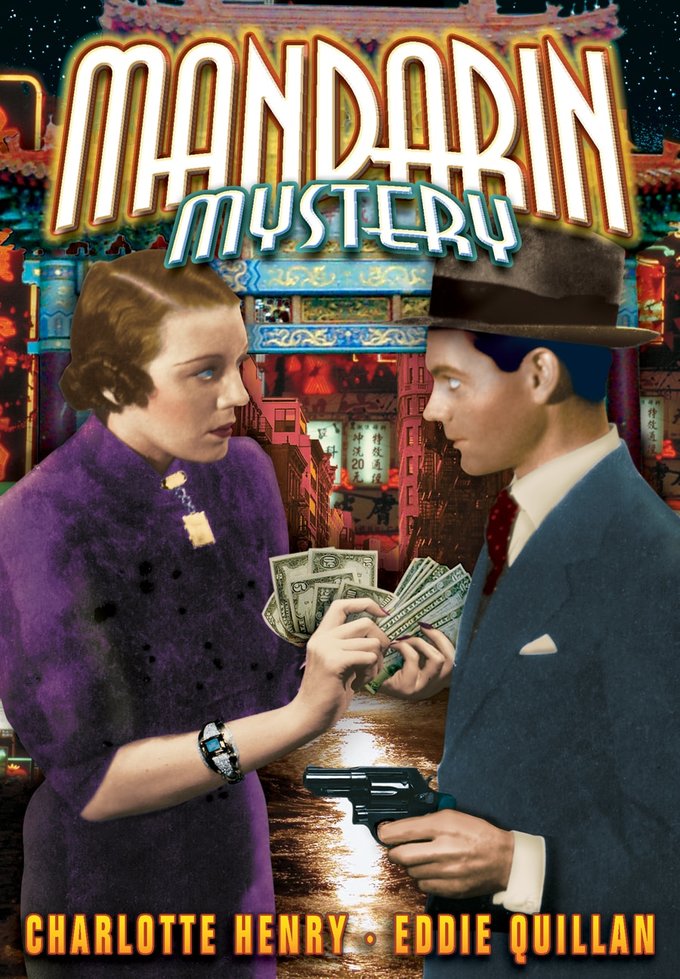 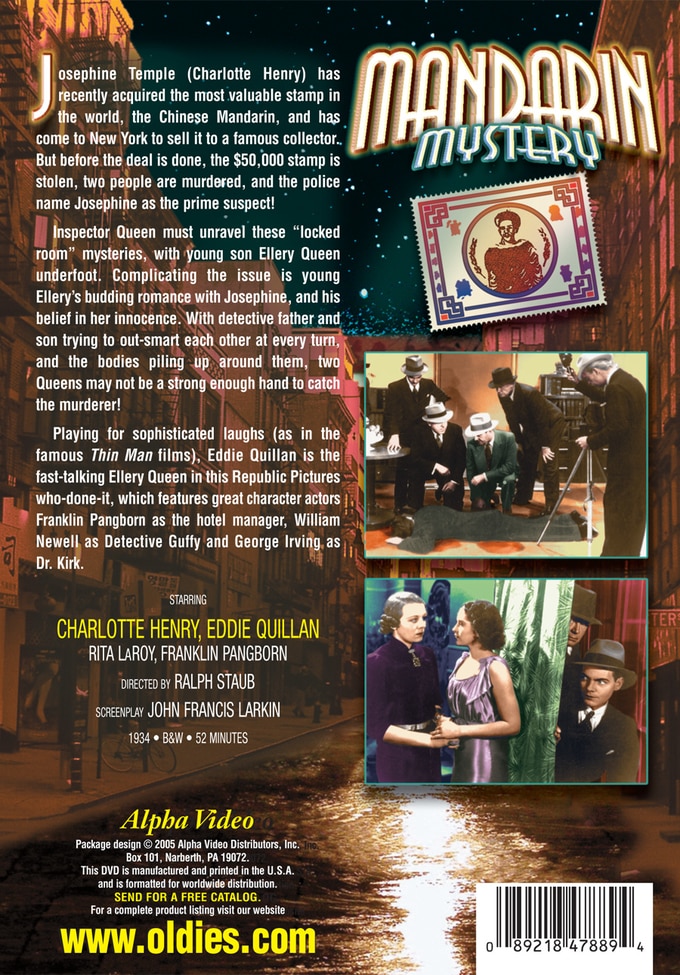 Josephine Temple (Charlotte Henry) has recently acquired the most valuable stamp in the world, the Chinese Mandarin, and has come to New York to sell it to a famous collector. But before the deal is done, the $50,000 stamp is stolen, two people are murdered, and the police name Josephine as the prime suspect!

Inspector Queen must unravel these "locked room" mysteries, with young son Ellery Queen underfoot. Complicating the issue is young Ellery's budding romance with Josephine, and his belief in her innocence. With detective father and son trying to out-smart each other at every turn, and the bodies piling up around them, two Queens may not be a strong enough hand to catch the murderer!

Playing for sophisticated laughs (as in the famous Thin Man films), Eddie Quillan is the fast-talking Ellery Queen in this Republic Pictures who-done-it, which features great character actors Franklin Pangborn as the hotel manager, William Newell as Detective Guffy and George Irving as Dr. Kirk.

The unimposing Quillan is mysteriously cast as Ellery Queen in this locked-room murder mystery revolving around a priceless stamp.

Detectives | Mystery | Thriller | Vintage | Murder
This product is made-on-demand by the manufacturer using DVD-R recordable media. Almost all DVD players can play DVD-Rs (except for some older models made before 2000) - please consult your owner's manual for formats compatible with your player. These DVD-Rs may not play on all computers or DVD player/recorders. To address this, the manufacturer recommends viewing this product on a DVD player that does not have recording capability.