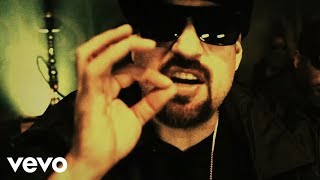 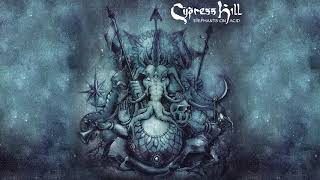 Thirty years into any music career, the pressure is generally off. Cypress Hill, active since 1988 and best known for their weed-friendly gangsta rap hits from the '90s, could easily rewrite and revisit the ideas that made them famous for the rest of their days and fans would delight in the familiarity. Certainly, Elephants on Acid, Cypress Hill's ninth studio album and first since 2010's Rise Up, is full of their trademarks -- hits from the bong, puffed-up bravado, and ominously creepy flows or sunny stoned soliloquies. Less expected is a creative rebirth from a cartoonish crew that could rest on their past accomplishments and enjoy life as a legacy act. Elephants on Acid is just that, however, a deeply imaginative and risky set of new material from a group of old heads still interested in pushing their craft to new places. The 21-track album is the first collection produced by DJ Muggs since 2004's 'Til Death Do Us Part. Muggs' signature siren squalls and booming bass have morphed into a drifting, psychedelic treasure chest here, with trippy beats meeting multiple instrumental interludes. Some sessions for the album took place in Egypt, where Muggs not only hired street performers to play sitar, oud, flute, and other live instruments, but also worked with Egyptian pop vocalists Sadat and Alaa Fifty Cent who sing the chorus for single "Band of Gypsies." B Real's wheezing rhymes here are standard, but the backdrop of searing guitar solos and hazy, loping percussion put a psychedelic filter on the song informed by both the country where it was recorded and a heavy classic rock influence. Adventurous production on the cloudy, organ-heavy "Jesus Was a Stoner" and the horror-movie-soundtrack-anxiety of "Pass the Knife" are eons ahead of the frantic stoner rap the group made their name on. Repeat listens locate Muggs at the core of the album's creative push. He built the tracks here mostly from scratch, using a single Hiroshima sample and otherwise working with other musicians or playing all of the instruments himself, resampling his own work until it sounded like the worn-out vinyl sources he grew up working with. Elephants on Acid breaks new ground for Cypress Hill, but they don't commit entirely to an artistic about face. Pressure cooker tracks like "Put Em in the Ground" and "Locos" split the difference between Muggs' sonic exploration and the group's time-tested approach. There's a cheese factor here, as well. Formulaic romps like "Crazy" and "Through the Rabbit Hole" are pandering, cobbled together from tired big beats and too-stoned lyrics. They aim for the zany energy of the group's glory days but land closer to Insane Clown Posse levels of mediocrity. Ultimately, superfans might be polarized by the experimental musings of Elephants on Acid, but those with some distance will find this curiously assembled collection pleasantly puzzling in its layers of trippy appeal. Something this unexpected from such an established act can't help but feel refreshing. ~ Fred Thomas