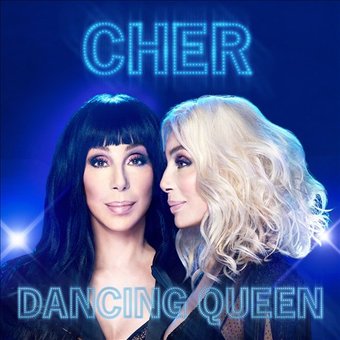 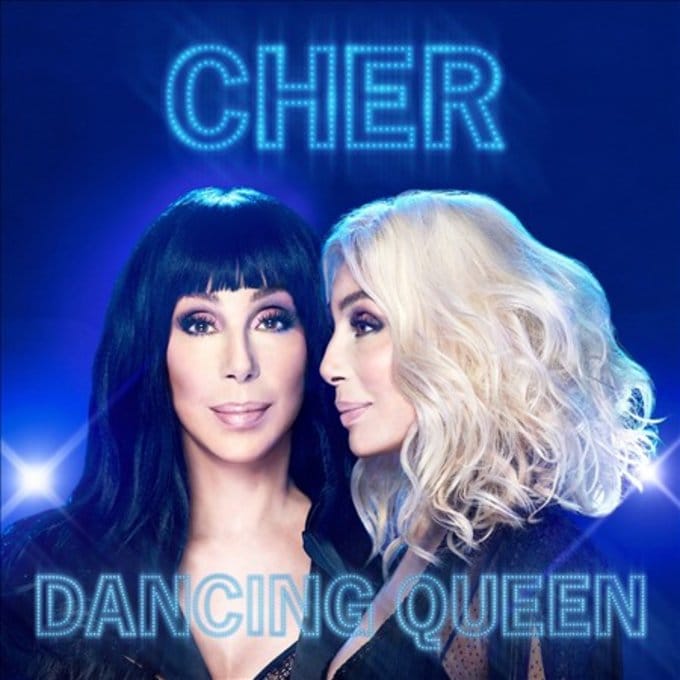 Rolling Stone
4 stars out of 5 -- "[T]he idea of the bawdy, no-nonsense, always-evolving Cher tackling the emotional kitsch of Swedish pop's most enduring, influential export feels like fate."
NME (Magazine)
4 stars out of 5 -- "[S]urprisingly poignant. Cher's voice has always been a triumph of sheer belting power over flexibility but her rendition of 'One Of Us' quivers with genuine emotion."
Clash (Magazine) - "From the second 'Dancing Queen' waltzes into earshot, we know we're in the presence of royalty....It's glorious."

Tributee: ABBA.
Recording information: Angel Studios, London; Metrophonic Studios, London; Mono Music Studio, Stockholm.
Photographer: Machado Cicala Morassut.
Dancing Queen isn't the soundtrack to Mamma Mia! Here We Go Again but it's something sexier: an ABBA covers album by Cher inspired by her role as Ruby in the 2018 film. Cher didn't sing much in Mamma Mia! Here We Go Again -- she duetted with Andy Garcia on "Fernando" and was part of the crew singing "Super Trouper" -- but it was enough to whet her appetite to sing more of Benny Andersson and Bjorn Ulvaeus' songs, so she headed into the studio with her producer Mark Taylor and cut ten quick covers. Bearing the perhaps-inevitable title Dancing Queen, the tribute is swift and breezy, especially for a record that doesn't take liberties with the original arrangements. Taylor peppers the album with vocoders and electronic beats but the intent and feel of Cher's interpretations are faithful to the original beloved hits. It's just enough of an update to feel fresh, yet familiar enough to be nothing but a dose of glitzy, cheerful nostalgia. ~ Stephen Thomas Erlewine