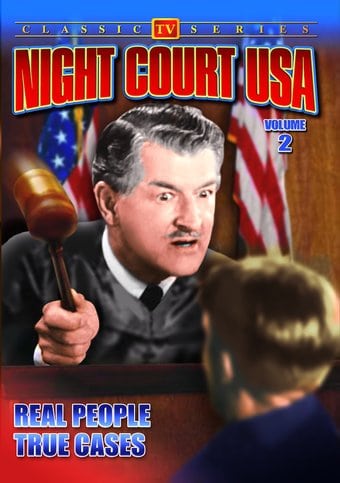 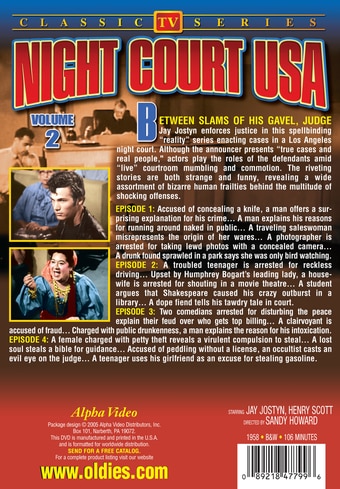 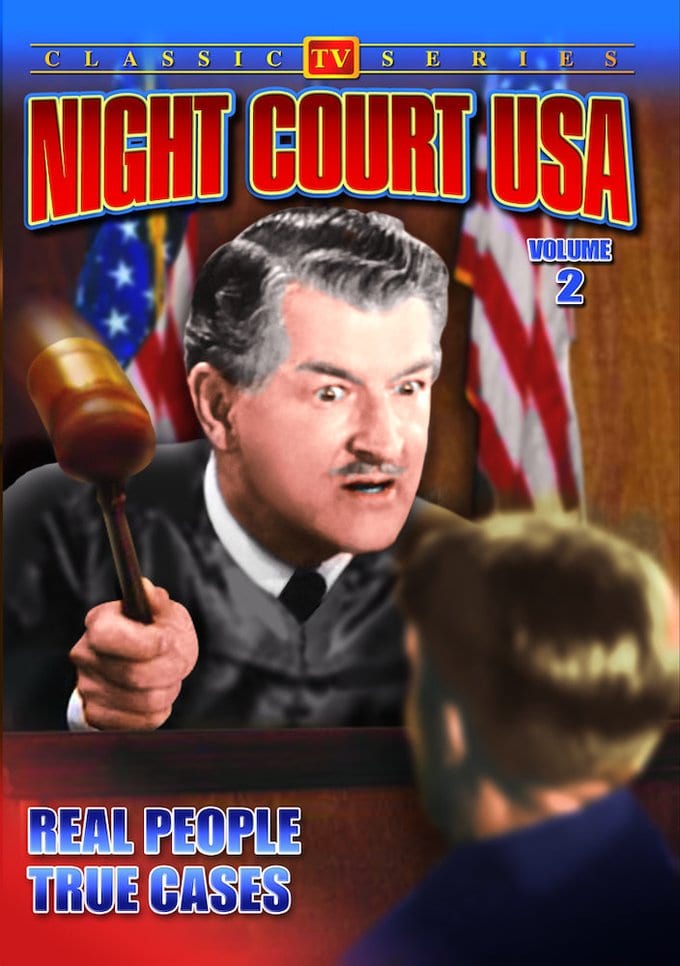 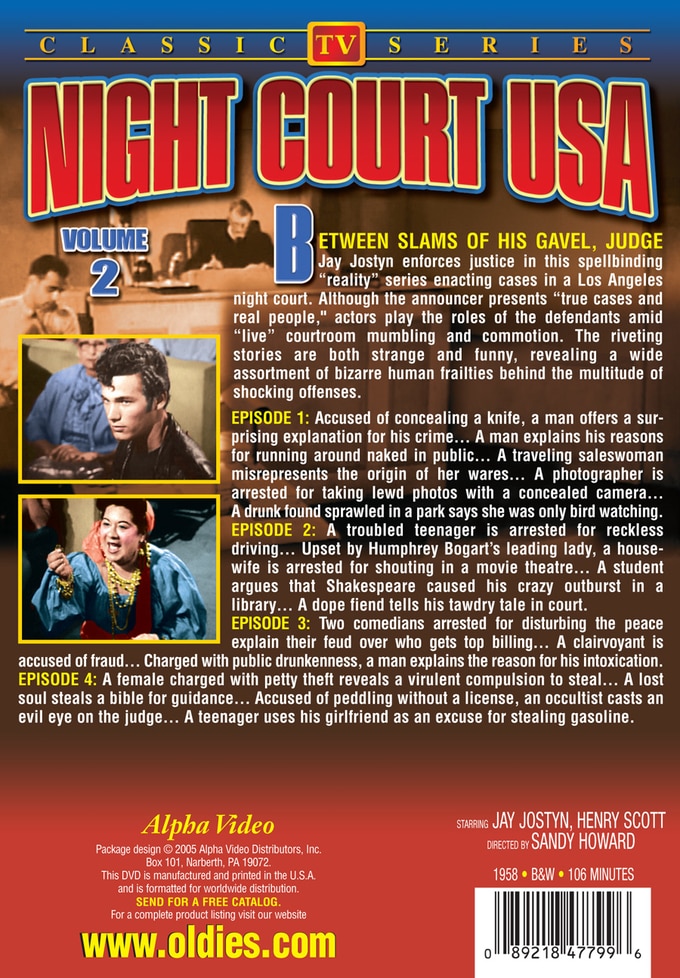 Episode 1: Accused of concealing a knife, a man offers a surprising explanation for his crime... A man explains his reasons for running around naked in public... A traveling saleswoman misrepresents the origin of her wares... A photographer is arrested for taking lewd photos with a concealed camera... A drunk found sprawled in a park says she was only bird watching.

Episode 2: A troubled teenager is arrested for reckless driving... Upset by Humphrey Bogart's leading lady, a housewife is arrested for shouting in a movie theatre... A student argues that Shakespeare caused his crazy outburst in a library... A dope fiend tells his tawdry tale in court.

Episode 3: Two comedians arrested for disturbing the peace explain their feud over who gets top billing... A clairvoyant is accused of fraud... Charged with public drunkenness, a man explains the reason for his intoxication.

Episode 4: A female charged with petty theft reveals a virulent compulsion to steal... A lost soul steals a bible for guidance... Accused of peddling without a license, an occultist casts an evil eye on the judge... A teenager uses his girlfriend as an excuse for stealing gasoline.

Four episodes from the 1950s TV drama NIGHT COURT are included on this collection. In an early example of reality-based television, Judge Jay Jostyn presides over some real cases, although the participants are a mixture of actors, who play the defendants, and real people, whose cases are fought in front of the cameras. The cases range from an occultist who attempts to cast a spell on Jostyn to myriad drunk and disorderly offences, making this a fascinating insight into the daily life of a judge.