Currently Out of Stock: We'll get more as soon as possible
Notify Me When Available
Add to Wishlist
Format:  DVD
sku:  FJSA
Also released as:
Disaster Movie (Blu-ray) for $12.80
92% recommend us! 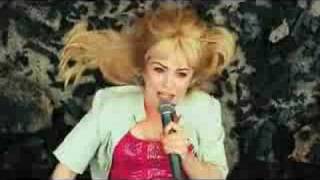 Jason Friedberg and Adam Seltzer--the two guys who did EPIC MOVIE, DATE MOVIE, SCARY MOVIE, and MEET THE SPARTANS--bring you DISASTER MOVIE, a compendium of gross-out gags and reference-check quasi-satire bits aping THE INCREDIBLE HULK, INDIANA JONES AND THE KINGDOM OF THE CRYSTAL SKULL, HIGH SCHOOL MUSICAL, JUMPER, ENCHANTED, DON'T MESS WITH THE ZOHAN, SEX AND THE CITY, NIGHT AT THE MUSEUM, and so on. The story is structured via CLOVERFIELD with Will (Matt Lanter), after having a 10,000 B.C.-style dream involving an Amy Winehouse look-a-like (Nicole Parker), races against time to rescue his girlfriend (Vanessa Minnillo) who is trapped in a museum with references to TWISTER; meanwhile kids who look like the teens from SUPERBAD try and score booze. What' Along for the ride are a JUNO-esque slacker girl (Crista Flanagan) and Gary "G-Thang" Johnson; there are take-offs of ALVIN AND THE CHIPMUNKS, and celebrity impersonations of Dr. Phil, Michael Jackson, the real Kim Kardashian, and the ubiquitous Carmen Electra; lots of dances and fights and dance/fights (à la STEP UP and STEP UP 2 THE STREETS). The comedy talent here is mostly imported from MAD TV, particularly Parker, who also does ENCHANTED and a mean Jessica Simpson. The recipe here, as before, is to cram in as many pop-culture references as possible, douse liberally with gross bodily fluids, and serve face forward. In other words, it's the perfect film for loud shouts and inappropriate laughter with a roomful of one's most off-color cohorts.

Flight of the Navigator (DVD)
$6.50 Super Savings
Add to Cart

16%off
True Confessions of a Hollywood Starlet (DVD)
$8.40 Super Savings
Add to Cart