A newspaper man faces a prison term when he refuses to reveal his sources. 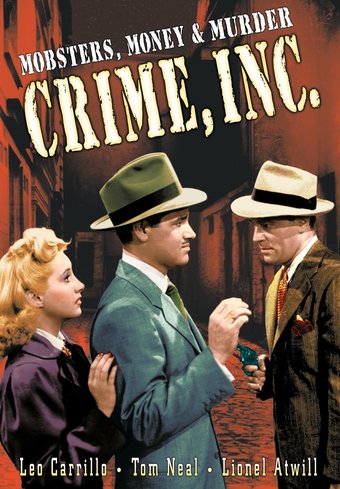 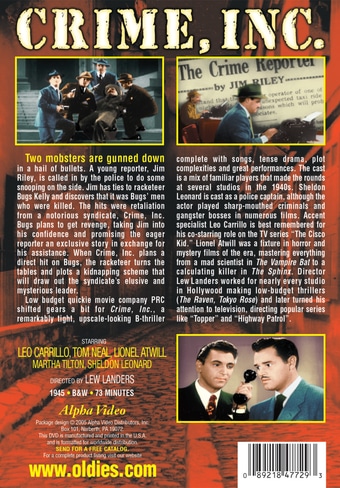 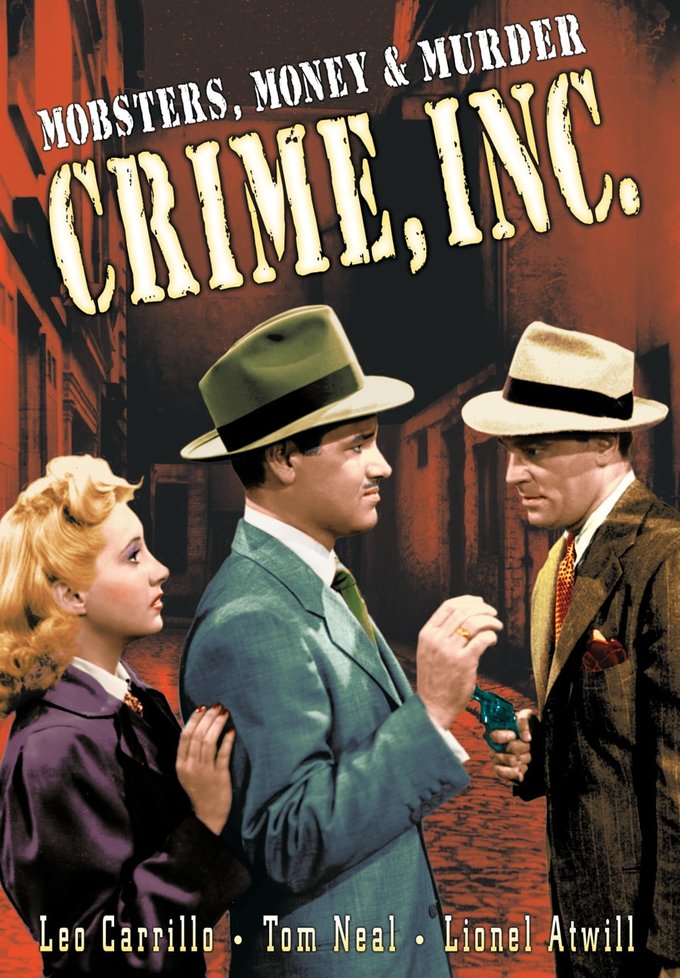 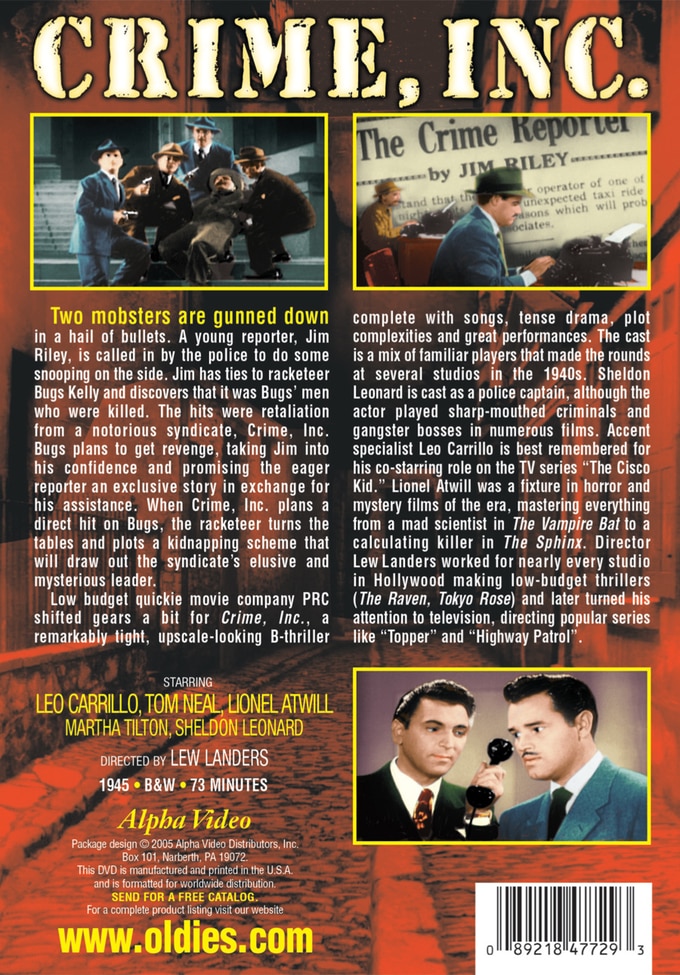 Two mobsters are gunned down in a hail of bullets. A young reporter, Jim Riley, is called in by the police to do some snooping on the side. Jim has ties to racketeer Bugs Kelly and discovers that it was Bugs' men who were killed. The hits were retaliation from a notorious syndicate, Crime, Inc. Bugs plans to get revenge, taking Jim into his confidence and promising the eager reporter an exclusive story in exchange for his assistance. When Crime, Inc. plans a direct hit on Bugs, the racketeer turns the tables and plots a kidnapping scheme that will draw out the syndicate's elusive and mysterious leader.

Low budget quickie movie company PRC shifted gears a bit for Crime, Inc., a remarkably tight, upscale-looking B-thriller complete with songs, tense drama, plot complexities and great performances. The cast is a mix of familiar players that made the rounds at several studios in the 1940s. Sheldon Leonard is cast as a police captain, although the actor played sharp-mouthed criminals and gangster bosses in numerous films. Accent specialist Leo Carrillo is best remembered for his co-starring role on the TV series "The Cisco Kid." Lionel Atwill was a fixture in horror and mystery films of the era, mastering everything from a mad scientist in The Vampire Bat to a calculating killer in The Sphinx. Director Lew Landers worked for nearly every studio in Hollywood making low-budget thrillers (The Raven, Tokyo Rose) and later turned his attention to television, directing popular series like "Topper" and "Highway Patrol."

This gripping B-Movie from 1945 sees a reporter unwittingly embroiled in mobster activities as he investigates a brutal double murder. Working with the police, the reporter, Jim, discovers that two rival gangs of mobsters are involved in a vicious war, with the two dead thugs belonging to the notorious Bugs Kelly's gang. Kelly declares his plans to get revenge on Crime Inc., who are responsible for the slayings, and offers Jim an exclusive story if he'll go along with them. Twists and turns in the plot ensue, leading to a surprising conclusion to CRIME INC.

Mystery | Suspense | Thriller | Crime | Mobsters
This product is made-on-demand by the manufacturer using DVD-R recordable media. Almost all DVD players can play DVD-Rs (except for some older models made before 2000) - please consult your owner's manual for formats compatible with your player. These DVD-Rs may not play on all computers or DVD player/recorders. To address this, the manufacturer recommends viewing this product on a DVD player that does not have recording capability.

Customer Rating:
Based on 191 ratings.


There is a plot...& it makes sense. There are actors...& they do a good job acting. If this was considered a B movie, it deserved better. There are a couple of "not explained" points in the script, but they're easily overlooked. The musical numbers are even excellent! Tom Neal showed what he could do in this film, & it's too bad he didn't always get the same chance in other films. (Watch for his facial expressions!) Danny Morton was ahead of his time, there's something almost "Elvis-ish" about him. Wonder why he wasn't made into a 'heart-throb'? Anyway, this is an A movie to have in your collection. You'll really enjoy it,,,promise!