Unintentionally hilarious tale of the government's role in forced sterilization. 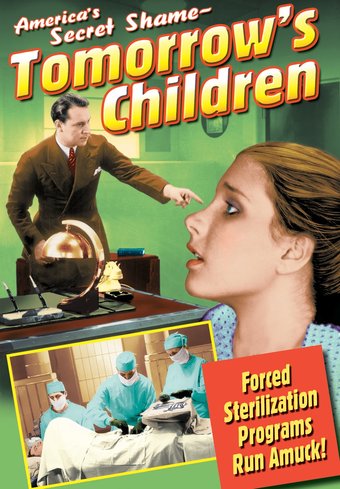 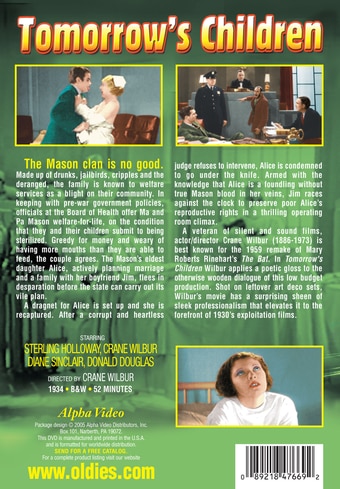 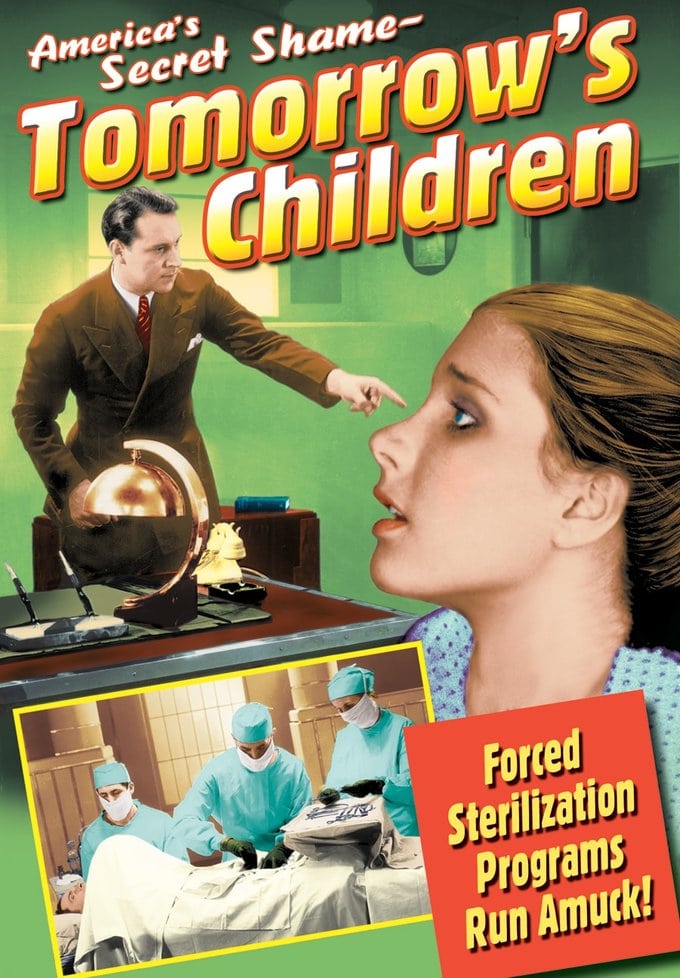 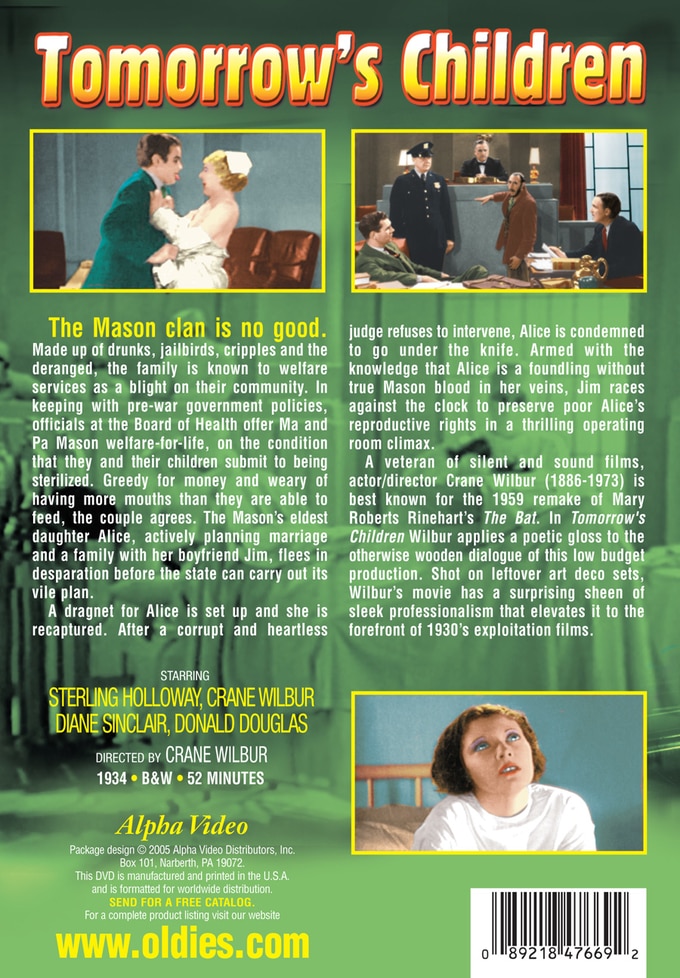 The Mason clan is no good. Made up of drunks, jailbirds, cripples and the deranged, the family is known to welfare services as a blight on their community. In keeping with pre-war government policies, officials at the Board of Health offer Ma and Pa Mason welfare-for-life, on the condition that they and their children submit to being sterilized. Greedy for money and weary of having more mouths than they are able to feed, the couple agrees. The Mason's eldest daughter Alice, actively planning marriage and a family with her boyfriend Jim, flees in desperation before the state can carry out its vile plan.

A dragnet for Alice is set up and she is recaptured. After a corrupt and heartless judge refuses to intervene, Alice is condemned to go under the knife. Armed with the knowledge that Alice is a foundling without true Mason blood in her veins, Jim races against the clock to preserve poor Alice's reproductive rights in a thrilling operating room climax.

A veteran of silent and sound films, actor/director Crane Wilbur (1886-1973) is best known for the 1959 remake of Mary Roberts Rinehart's The Bat. In Tomorrow's Children Wilbur applies a poetic gloss to the otherwise wooden dialogue of this low budget production. Shot on leftover art deco sets, Wilbur's movie has a surprising sheen of sleek professionalism that elevates it to the forefront of 1930's exploitation films.

Smacking of Hitler's still fashionable politics, in this rare film a doctor narrowly manages to protect a woman's right to give birth after the state orders her sterilized for having idiocy, alcoholism and insanity in her family history. Extremely campy.

Campy | Cult Film | Politics | Vintage | Injustice
This product is made-on-demand by the manufacturer using DVD-R recordable media. Almost all DVD players can play DVD-Rs (except for some older models made before 2000) - please consult your owner's manual for formats compatible with your player. These DVD-Rs may not play on all computers or DVD player/recorders. To address this, the manufacturer recommends viewing this product on a DVD player that does not have recording capability.

The Stork Club
$10
Add to Cart

Customer Rating:
Based on 195 ratings.

A good argument for sterilization... of the director Movie Lover: call me Z from somewhere out there -- May, 12, 2006


Also known as Sterilization, The Unborn. A family of genetic misfires called the Masons agree to all be sterilized by some governmental gene-pool-lifeguards in exchange for welfare money. This would be no major loss since they're all either catatonically simpleminded, crippled by birth defects, or terminally shiftless. The only problem is, the daughter Alice isn't like the rest of the Mason clan (because she's secretly adopted), and she's on the verge of getting married and having kids, so she doesn't want to be sterilized. Alice escapes before they can drag her to the hospital, disguises herself as a boy, and starts riding the rails and hitchhiking. The cops catch her, though, and she's about to be spayed unless her boyfriend and other concerned parties can argue them out of it. It won't be easy because the judge is sterilization-happy: the only case he lets go by is a psychotic Eddie Munster lookalike who can't go for two minutes without trying to tear a woman's clothes off, and he only lets that one slip because a senator asks him to! The mother finally admits that Alice isn't really a Mason, but the operation is already starting; can Alice be saved in time? Message film was apparently topical at the time, but is now super-comical instead, with its bizarre depictions of degeneracy. You gotta wonder what they were thinking, showing a kid whose only toys were empty whiskey bottles, and having Mr. and Mrs. Mason still turning out newborn infants when they looked to be at least 70 years old! Unintentional comedy at its best, do not miss this one!