Fire Monsters Against The Son of Hercules 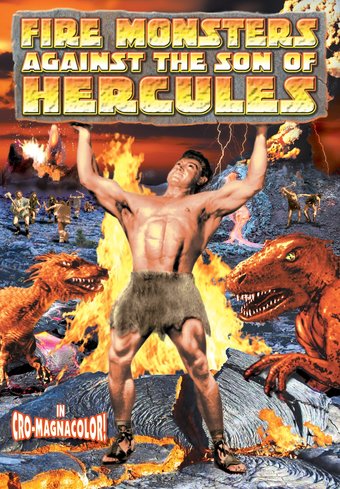 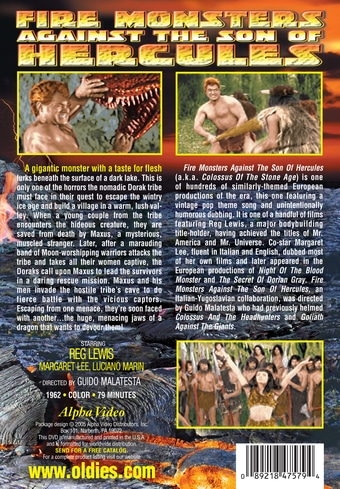 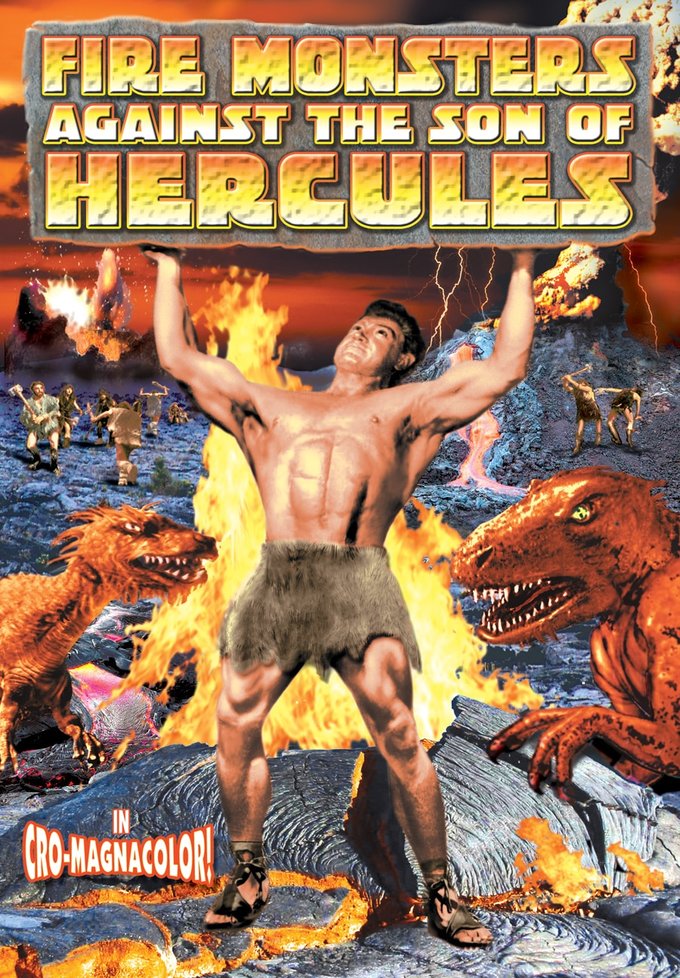 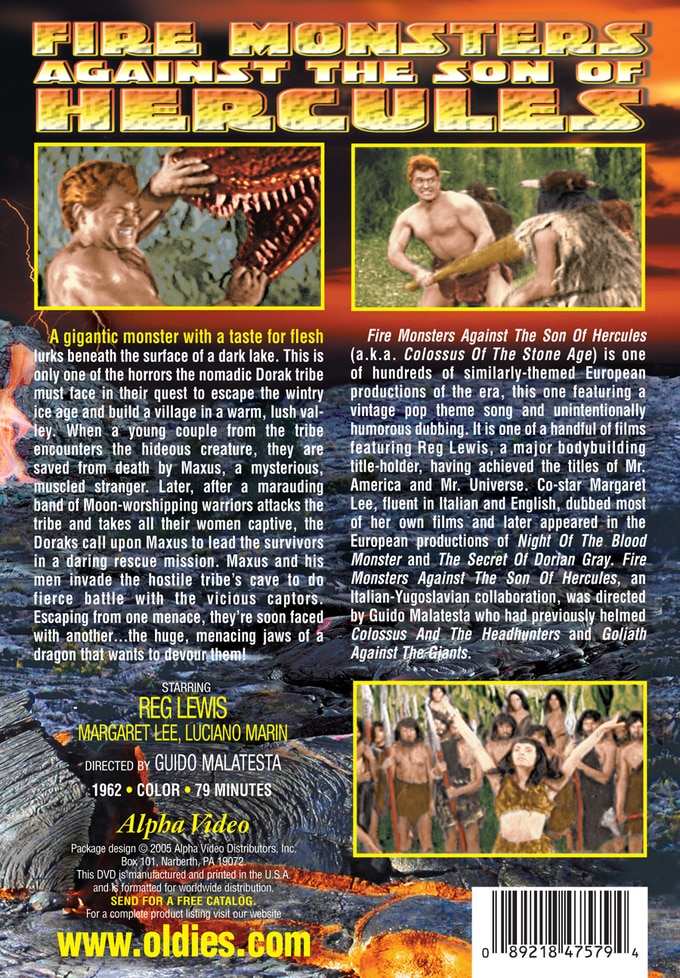 A gigantic monster with a taste for flesh lurks beneath the surface of a dark lake. This is only one of the horrors the nomadic Dorak tribe must face in their quest to escape the wintry ice age and build a village in a warm, lush valley. When a young couple from the tribe encounters the hideous creature, they are saved from death by Maxus, a mysterious, muscled stranger. Later, after a marauding band of Moon-worshipping warriors attacks the tribe and takes all their women captive, the Doraks call upon Maxus to lead the survivors in a daring rescue mission. Maxus and his men invade the hostile tribe's cave to do fierce battle with the vicious captors. Escaping from one menace, they're soon faced with another...the huge, menacing jaws of a dragon that wants to devour them!

Fire Monsters Against The Son Of Hercules (a.k.a. Colossus Of The Stone Age) is one of hundreds of similarly-themed European productions of the era, this one featuring a vintage pop theme song and unintentionally humorous dubbing. It is one of a handful of films featuring Reg Lewis, a major bodybuilding title-holder, having achieved the titles of Mr. America and Mr. Universe. Co-star Margaret Lee, fluent in Italian and English, dubbed most of her own films and later appeared in the European productions of Night Of The Blood Monster and The Secret Of Dorian Gray. Fire Monsters Against The Son Of Hercules, an Italian-Yugoslavian collaboration, was directed by Guido Malatesta who had previously helmed Colossus And The Headhunters and Goliath Against The Giants.

The son of the mighty hercules takes on a hyra-headed fire breather in this average 60's adventure.