Lay That Rifle Down

Heartwarming and humorous Cinderella story of a hard-working hotel maid who is conned into a scam by swindlers. 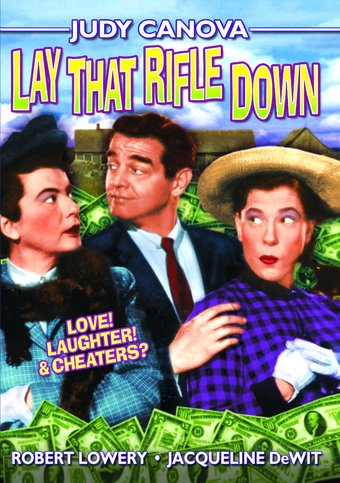 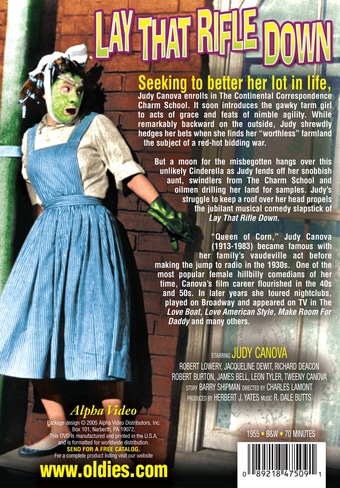 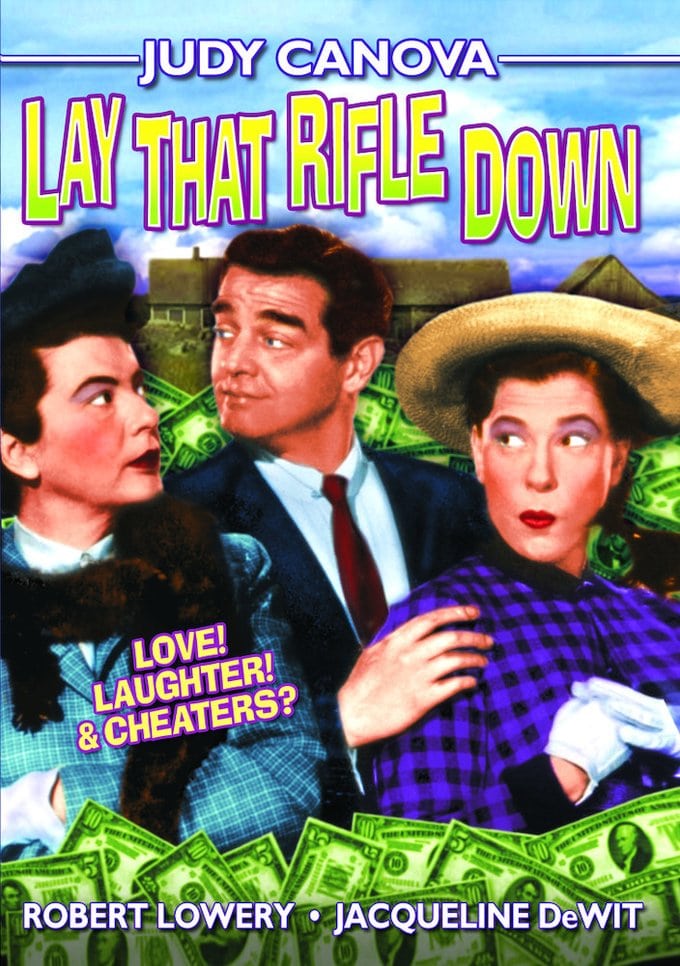 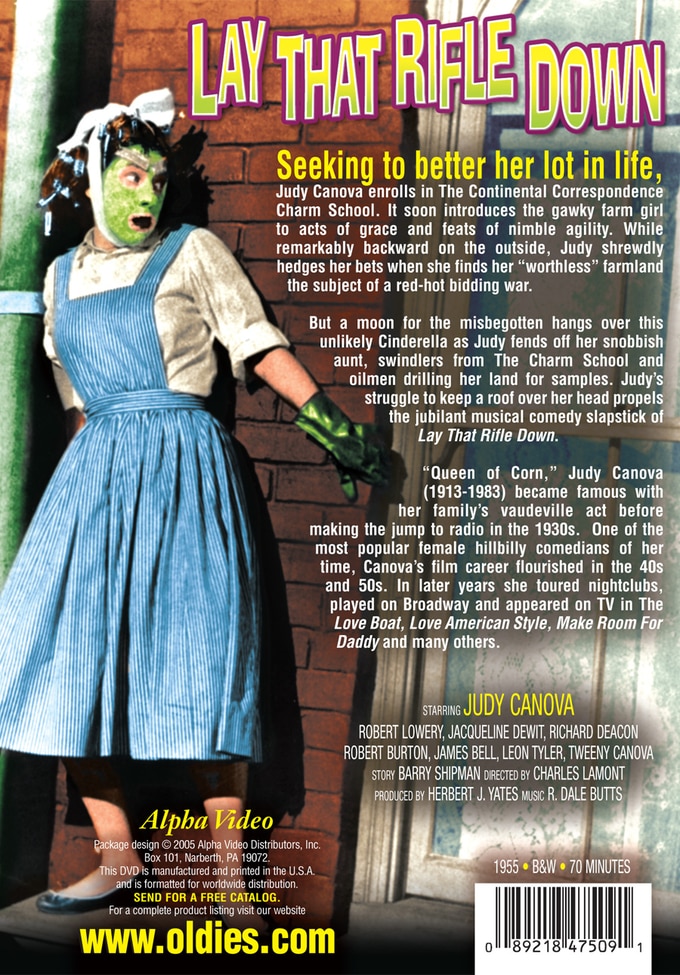 Seeking to better her lot in life, Judy Canova enrolls in The Continental Correspondence Charm School. It soon introduces the gawky farm girl to acts of grace and feats of nimble agility. While remarkably backward on the outside, Judy shrewdly hedges her bets when she finds her "worthless" farmland the subject of a red-hot bidding war.

But a moon for the misbegotten hangs over this unlikely Cinderella as Judy fends off her snobbish aunt, swindlers from The Charm School and oilmen drilling her land for samples. Judy's struggle to keep a roof over her head propels the jubilant musical comedy slapstick of Lay That Rifle Down.

"Queen of Corn," Judy Canova (1913-1983) became famous with her family's vaudeville act before making the jump to radio in the 1930s. One of the most popular female hillbilly comedians of her time, Canova's film career flourished in the 40s and 50s. In later years she toured nightclubs, played on Broadway and appeared on TV in "The Love Boat," "Love American Style," "Make Room For Daddy" and many others.

A hardworking girl in a small southern town dreams of being chic in this little- known comedy.

Self-Discovery
This product is made-on-demand by the manufacturer using DVD-R recordable media. Almost all DVD players can play DVD-Rs (except for some older models made before 2000) - please consult your owner's manual for formats compatible with your player. These DVD-Rs may not play on all computers or DVD player/recorders. To address this, the manufacturer recommends viewing this product on a DVD player that does not have recording capability.