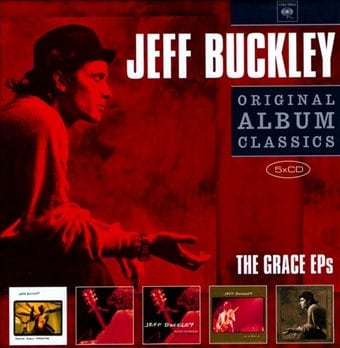 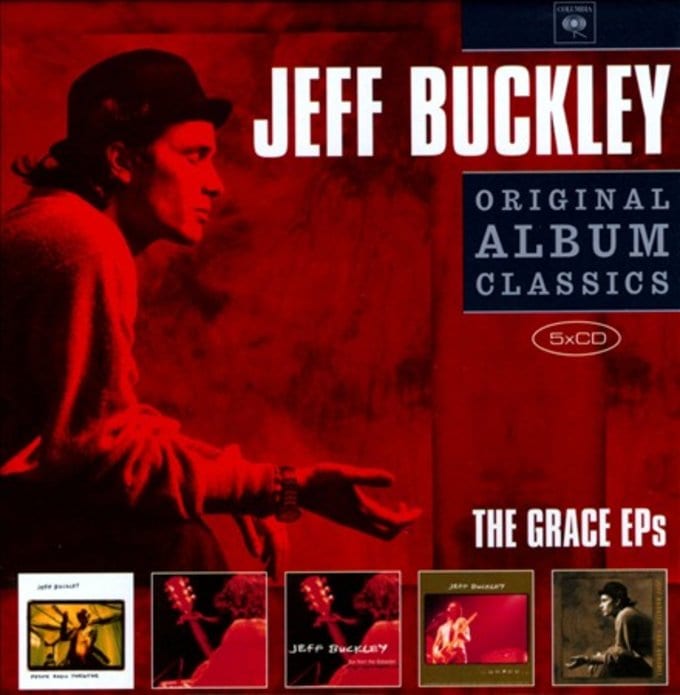 Photographers: Hideo Oida; Merri Oyr.
For someone who only put out one full-length album during his lifetime, Jeff Buckley managed to leave quite a trail of other material that came out on so many other singles, EPs, and posthumous releases that only the most dedicated fan could keep track of them. This collection of five 1994-1996 EPs doesn't quite pick up all the stray ends that don't appear on his other full-length releases. But it does contain five EPs that use his Grace album as the nominal touchstone, all of which are now collectable and sought-after as listeners strive for every scrap of Buckley's legacy. Indeed, two of these (Peyote Radio Theatre and So Real, aka Live at Nighttown) were promotional-only releases that weren't commercially available. The others were imports: Last Goodbye came out in Japan, Live from the Bataclan in France, and The Grace EP in Australia. For collectors it's quite useful, and not skimpy (adding up to more than two hours even though there are just three to five songs on each disc), with liner notes from musicians in Buckley's band and Buckley's mother some icing on the cake. What of the music? It's kind of a supplement to the Grace album, as it contains live versions (sometimes more than one) of five songs from that record, as well as a few edit versions, a "Nag Champa Mix" of "Dream Brother," and a 13-minute live "Chocolate Version" of "Mojo Pin." These all do what live versions often do: give the artist a chance to stretch out and indulge a bit, something probably welcomed by an overwrought singer such as Buckley. Perhaps more interesting to collectors will be a few cover tunes not on Grace: a whopping 12-minute version of Van Morrison's "The Way Young Lovers Do," a medley of "Je N'En Connais Pas la Fin/Hymne … l'Amour," Hank Williams' "Lost Highway," and a too-extended 14-minute take on Alex Chilton's "Kanga-Roo." And there is, finally, a bonus track added to the The Grace EP (the only song in the package not on the original EPs), "Tongue," a spooky ambient 11-minute studio instrumental. Although this release is a good value, be aware that of the 19 tracks, one is the exact same version of "Mojo Pin" that appears on the Grace album; two are simply edits of the Grace versions of "Grace" and "Last Goodbye"; and the exact same version of "Kanga-Roo" is used on the Peyote Radio Theatre and Last Goodbye discs. ~ Richie Unterberger

36%off
Jeff Buckley
The Collection
$7.69 Super Savings
Add to Cart

Jeff Buckley
You and I
$9
Add to Cart

76%off
The Carole King Songbook: A Stunning Collection of Songs...
$4.89 Super Savings
Add to Cart

81%off
Rod Stewart
Another Country
$2.44 Super Savings
Add to Cart