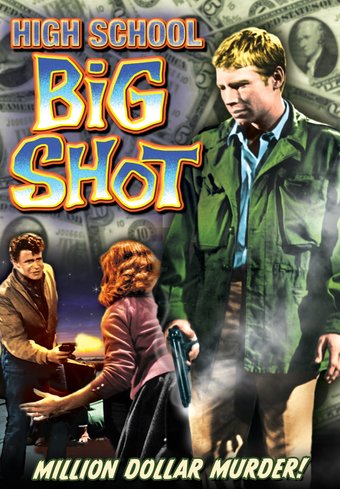 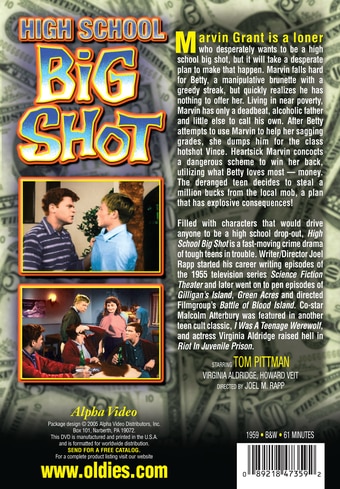 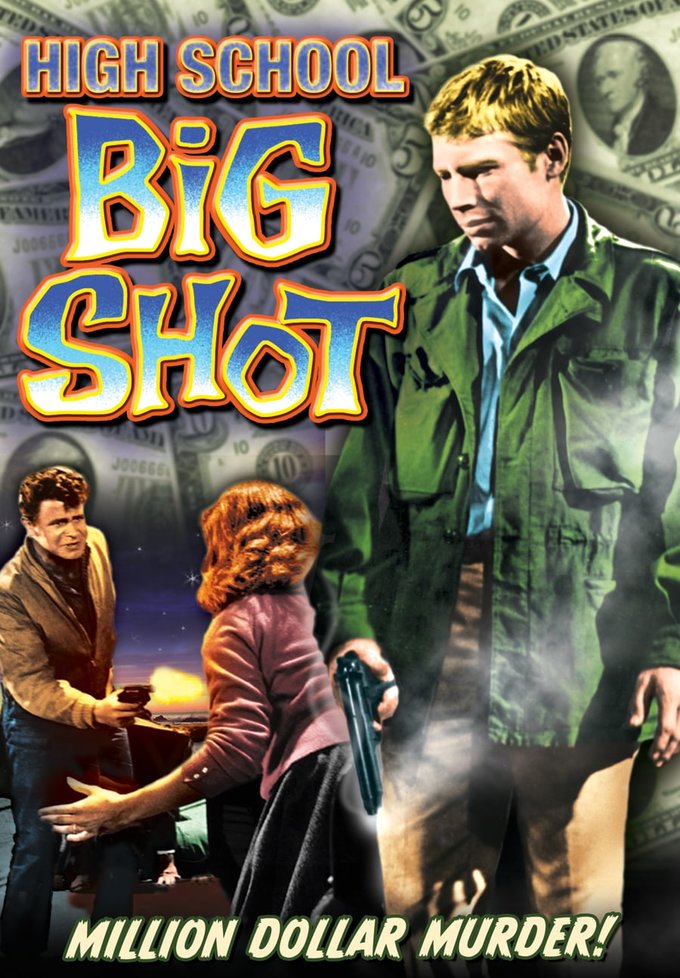 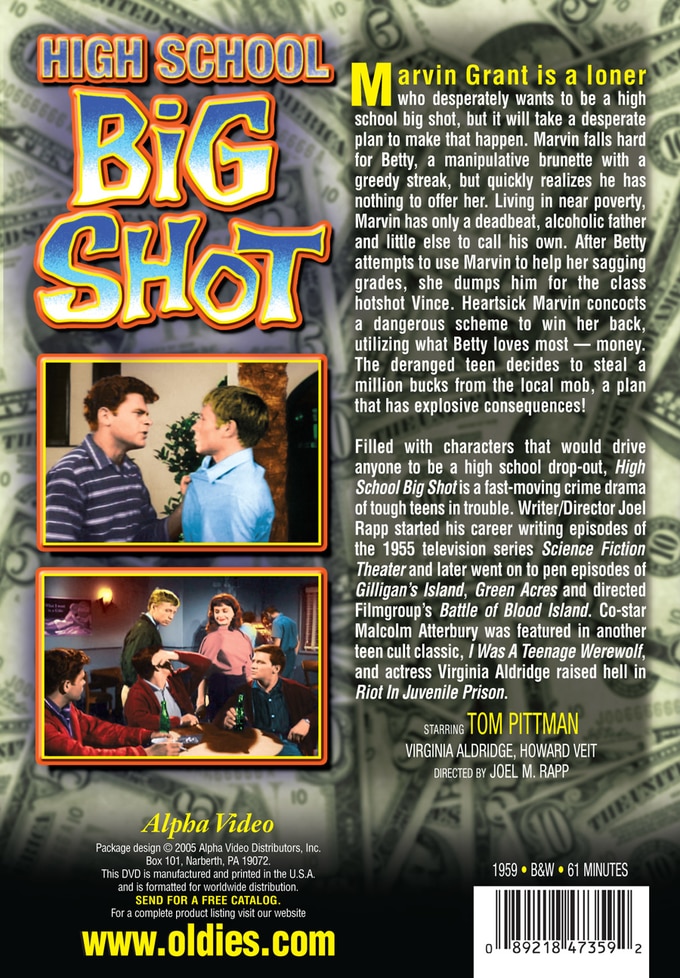 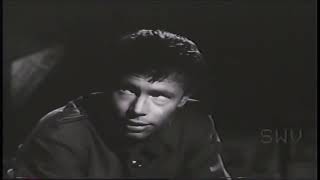 Marvin Grant is a loner who desperately wants to be a high school big shot, but it will take a desperate plan to make that happen. Marvin falls hard for Betty, a manipulative brunette with a greedy streak, but quickly realizes he has nothing to offer her. Living in near poverty, Marvin has only a deadbeat, alcoholic father and little else to call his own. After Betty attempts to use Marvin to help her sagging grades, she dumps him for the class hotshot Vince. Heartsick Marvin concocts a dangerous scheme to win her back, utilizing what Betty loves most - money. The deranged teen decides to steal a million bucks from the local mob, a plan that has explosive consequences!

Filled with characters that would drive anyone to be a high school drop-out, High School Big Shot is a fast-moving crime drama of tough teens in trouble. Writer/Director Joel Rapp started his career writing episodes of the 1955 television series "Science Fiction Theater" and later went on to pen episodes of "Gilligan's Island," "Green Acres" and directed Filmgroup's Battle of Blood Island. Co-star Malcolm Atterbury was featured in another teen cult classic, I Was A Teenage Werewolf, and actress Virginia Aldridge raised hell in Riot In Juvenile Prison.

Marv (Tom Pittman) is a high school teenager who the whole world really is against in this low-budget, angst-ridden film with a decidedly noir feel. Ostracized at school by the cool kids, his ineffectual alcoholic dad (Malcolm Atterbury) makes Marv's home life difficult as well. One day the bookish Marv is shocked by a new turn of events, when the prettiest girl in town, Betty (Virginia Aldridge), sticks up for him against her loutish boyfriend Vince. But Betty, in classic femme fatale mode, has her own motives for agreeing to go out with Marv--she needs him to write her English paper for her so she can go to college and marry Vince. Unfortunately, their scam is apprehended, and Marv loses his scholarship. Betty still has him under her spell, however, and in order to keep "his girl" in furs Marv enters a life of crime with disastrous results. This dark, bleak film is a surprisingly cogent and poignant tale that manages to avoid the many pitfalls of the "troubled teen" genre.