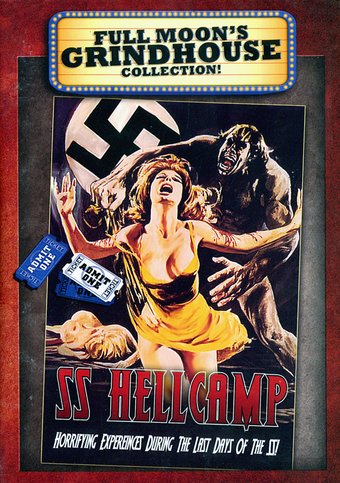 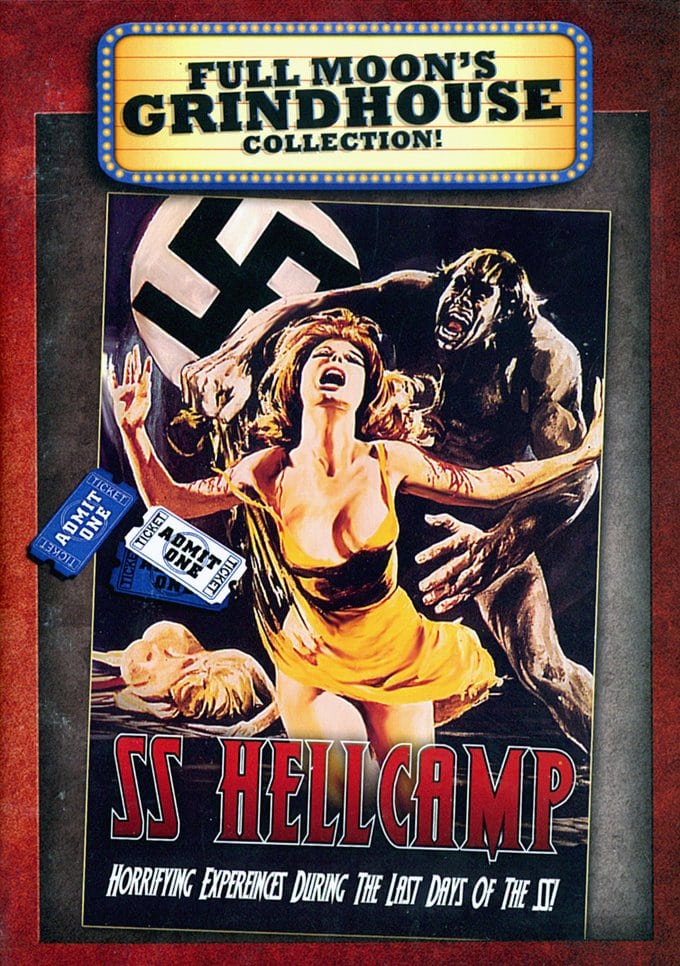 In a remote village in occupied Europe, the SS pursue their inhuman treatment of captured partisans in efforts to force them to betray their comrades...while Fraulein Krast, a sadistic biologist, concentrates her efforts on the womenfolk with refined tortures and humiliation, leaving them to the mercy of a sex-crazed half-man, half-beast she has created with experimental injections... And as advancing Allied forces approach the village, Krast herself becomes a victim of her own fiendish rituals...

Of all the films in the Nazi sexploitation cycle of the 1970s (begun by the infamous ILSA, SHE WOLF OF THE S.S.), S.S. HELL CAMP (LA BESTIA IN CALORE) is often described as the most outrageous. It was among the films banned in the United Kingdom during the "video nasties" censorship craze, and subsequently became sought out by collectors and cult film enthusiasts alike. Macha Magall stars as the Ilsa-like Dr. Krast, a sadistic Nazi scientist who seeks to genetically engineer a perfect man. The result is a violent, sex-crazed beast, which she uses to torment and murder her victims while seeking information about the leaders of a resistance movement. As the rebels argue amongst themselves, Dr. Krast's experiments and tortures become more and more perverse, and her Neanderthal-like beast more and more savage.


cheesy but good. love grade b movies wonderful to watch.