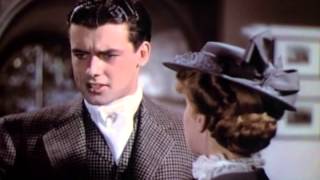 Based on Frances Hodgson Burnett's popular children's book and stage play, THE LITTLE PRINCESS features one of Shirley Temple's most memorable performances and her first Technicolor appearance. Temple stars as Sara Crewe, a little rich girl who is enrolled in a prestigious boarding school while her father goes off to fight in the Boer War in Africa. When Sara receives news of her father's death, the school's ruthless headmistress makes the newly penniless girl a galley slave and forces her to live in a cold, dark garret. Sara, who refuses to accept that her father has died, escapes from the school to search for him, believing that if she can find him, her tragic days of abuse and poverty may be over. The production values in this enthralling riches-to-rags-to-riches Victorian drama are lavish, and the plot and performances are deftly handled by director Walter Lang, but it is of course the irresistibly charming Temple who ensures THE LITTLE PRINCESS a lasting place in the hearts of her fans, film lovers, and children of all ages.

20%off
A Time for Drunken Horses (Kurdish, Subtitled in English)
$20 Super Savings
Add to Cart