You Can't Keep a Bad Clown Down

697 ratings
Currently Out of Stock: We'll get more as soon as possible
Notify Me When Available
Add to Wishlist
Format:  DVD
sku:  FUL 281D
Our customers love us! 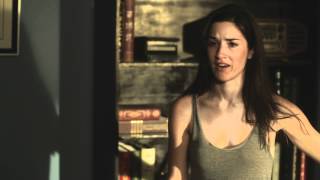 Four college students on spring break cross paths with the demon clown Killjoy. And Killjoy is not going it alone this time - he has raised 3 other demon clowns: Punchy, Freakshow and Batty Boop. A mysterious mirror transports the students and the demons to Killjoy's demon realm where the students must survive diabolical trials!

A sunny Spring Break becomes a phantasmagorical nightmare when four hard-partying students discover a magical mirror that draws them into an alternate dimension inhabited by four frightfully diabolical clowns. That's right, Killjoy is back, and this time he's brought along Punchy, Freakshow, and Batty Boop for a frightfully fun time. When Killjoy draws the unsuspecting students into his strange world of nightmares, the fight to escape from the frightful fantasy realm begins.