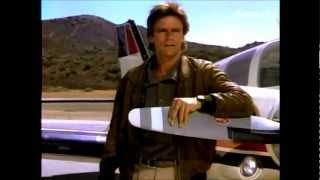 Using his brain in place of a gun, secret agent Angus MacGyver (Richard Dean Anderson) relies on his knowledge of science to save himself and others from jeopardy. Deploring the promotion of everyday violence, MacGyver refuses to carry weapons and instead designs lifesaving tools out of household staples like paper clips and duct tape. Anderson portrays a likeable hero of strong principles and intellect in this clever series, which successfully ran for seven years and continues to remain a beloved cult favorite. This collection presents every episode of MACGYVER's seventh and final season, which features guest appearances by Cleavon Little, Wendie Malick, Cuba Gooding Jr., Colm Meaney, Dick Butkus, Bubba Smith, Della Reese, and Michael Des Barres.