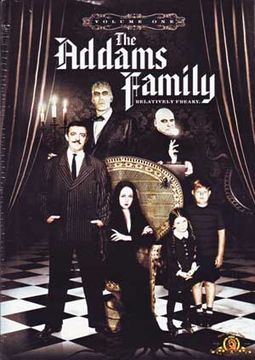 They're creepy and they're kooky, mysterious and spooky, and now for the first time, they're on DVD! "The Addams Family," America's first family of ghastly giddiness, are here in all of their ghoulish glory in the original TV series based on the delightfully demented imagination of Charles Addams. Tarantulas, torture racks, and tombstones have never been so much fun! Join Gomez, Morticia, Uncle Fester, Lurch, Cousin Itt, and the rest of the gang for a fiendishly funny and altogether ooky experience. It's time to pay a call on..."The Addams Family"!

Elvira
Mistress of the Dark (DVD)
$10
Add to Cart