Masters of The Congo Jungle 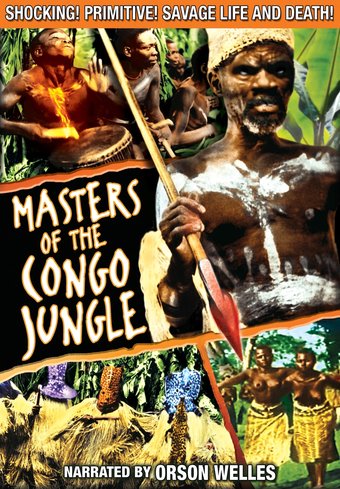 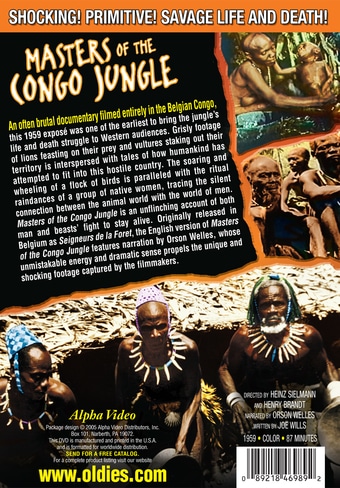 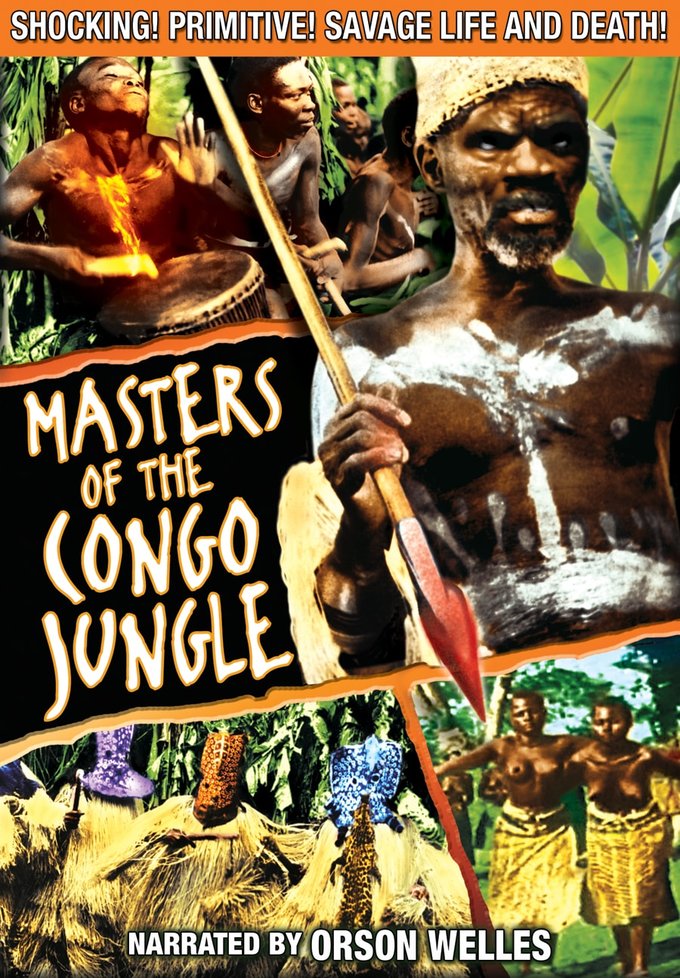 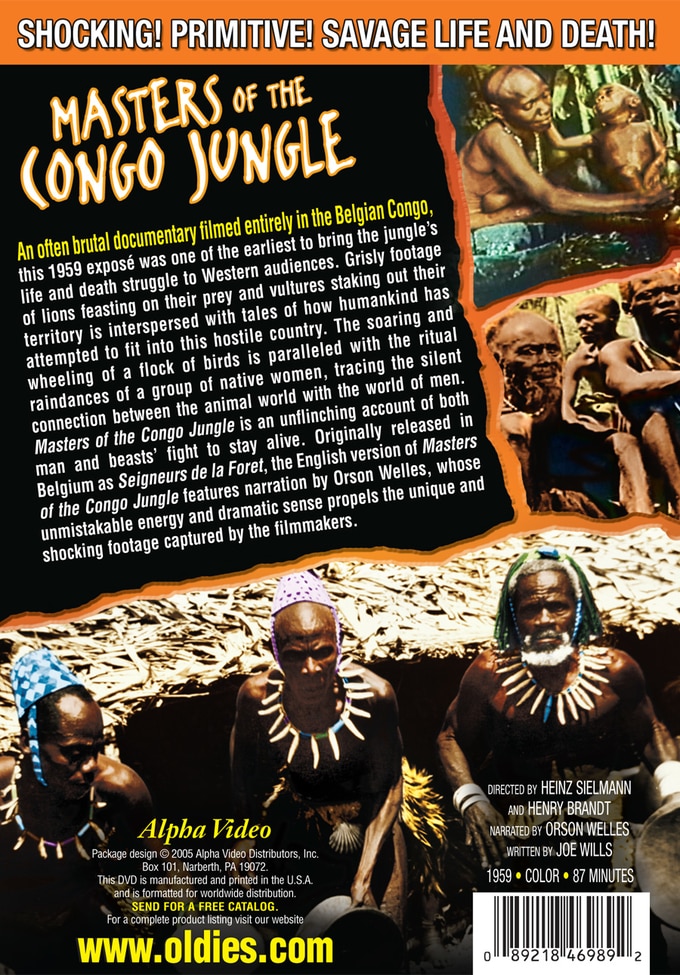 An often brutal documentary filmed entirely in the Belgian Congo, this 1959 expose was one of the earliest to bring the jungle's life and death struggle to Western audiences. Grisly footage of lions feasting on their prey and vultures staking out their territory is interspersed with tales of how humankind has attempted to fit into this hostile country. The soaring and wheeling of a flock of birds is paralleled with the ritual raindances of a group of native women, tracing the silent connection between the animal world with the world of men. Masters of the Congo Jungle is an unflinching account of both man and beasts' fight to stay alive. Originally released in Belgium as Seigneurs de la Foret, the English version of Masters of the Congo Jungle features narration by Orson Welles, whose unmistakable energy and dramatic sense propels the unique and shocking footage captured by the filmmakers.

A breathtaking, awe-inspiring exploration of the Congo and its many diverse inhabitants, this documentary delves deep into the relationship between humanity and nature. Produced by Belgian Henri Storck and narrated by Orson Welles, this 1959 expose of the brutality of the wild was the first to record the often violent workings of nature, and remains striking to this day. From the wheeling patterns drawn by flocks of birds in the sky to the patterns of the raindances performed by native women, parallels are drawn between humans and their fellow beasts. Following a lion as it hunts for prey, a vulture staking out its territory, as well gorillas, zebras, hippos and mating birds, an attempt is made to trace out the ways humanity has survived under such hostile conditions.

Wilderness | Documentary | Wild Animals
This product is made-on-demand by the manufacturer using DVD-R recordable media. Almost all DVD players can play DVD-Rs (except for some older models made before 2000) - please consult your owner's manual for formats compatible with your player. These DVD-Rs may not play on all computers or DVD player/recorders. To address this, the manufacturer recommends viewing this product on a DVD player that does not have recording capability.

Planet of the Apes
$5.80 Super Savings
Add to Cart