Chandu: The Return of Chandu (Feature) 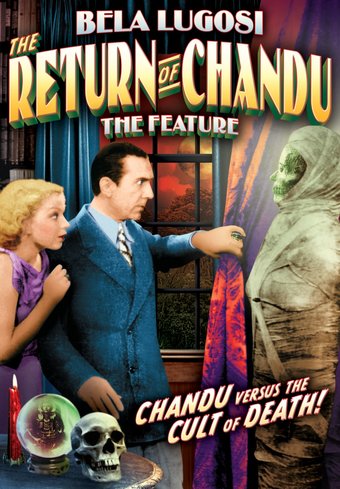 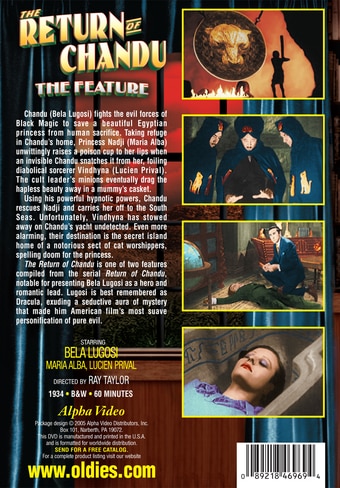 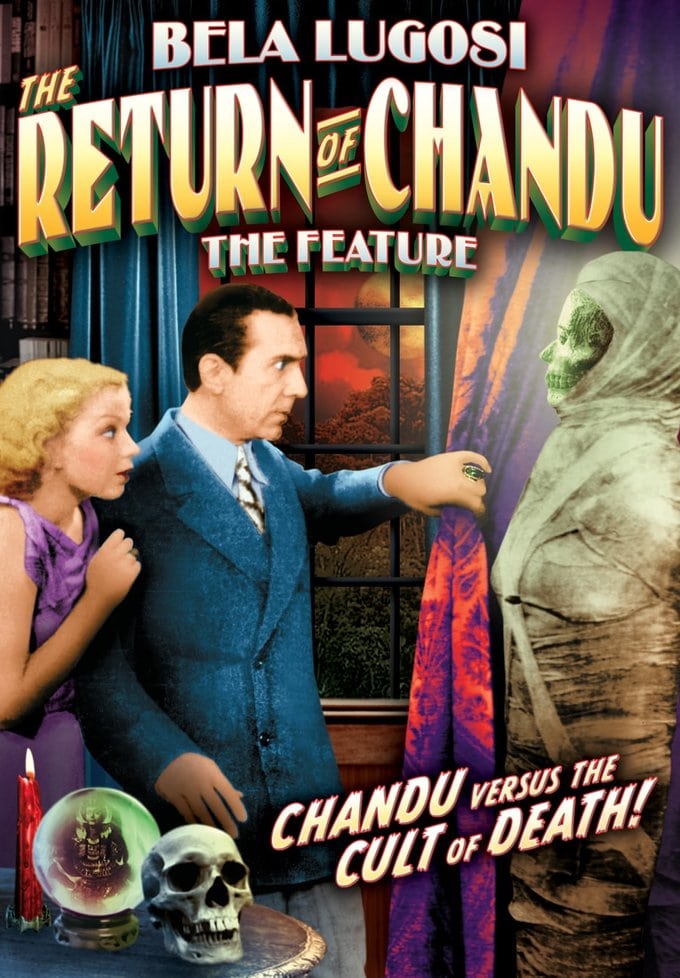 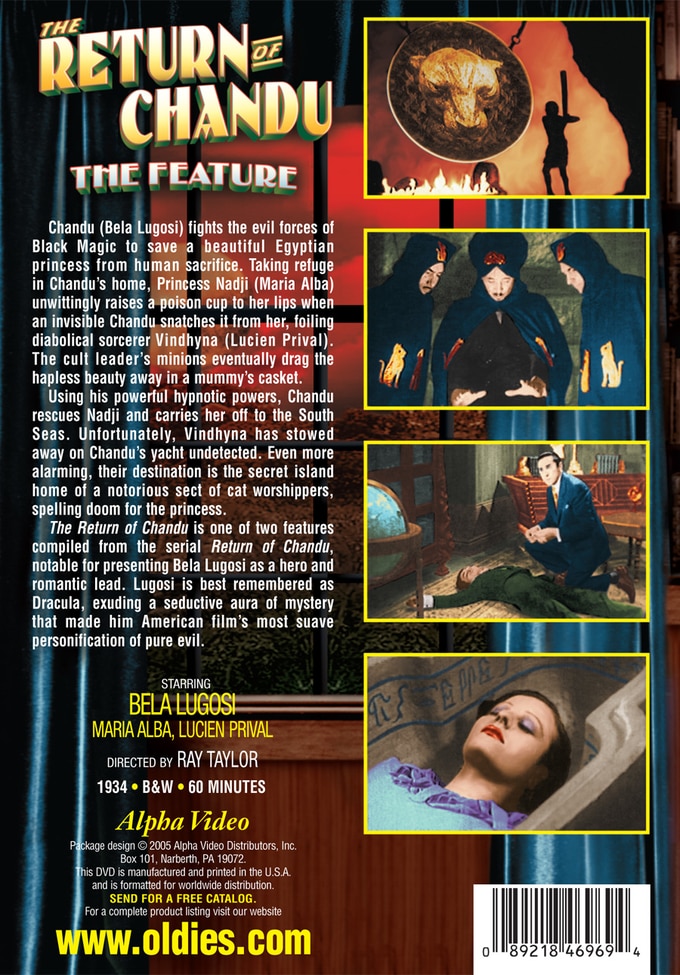 Chandu (Bela Lugosi) fights the evil forces of Black Magic to save a beautiful Egyptian princess from human sacrifice. Taking refuge in Chandu's home, Princess Nadji (Maria Alba) unwittingly raises a poison cup to her lips when an invisible Chandu snatches it from her, foiling diabolical sorcerer Vindhyna (Lucien Prival). The cult leader's minions eventually drag the hapless beauty away in a mummy's casket.

Using his powerful hypnotic powers, Chandu rescues Nadji and carries her off to the South Seas. Unfortunately, Vindhyna has stowed away on Chandu's yacht undetected. Even more alarming, their destination is the secret island home of a notorious sect of cat worshippers, spelling doom for the princess.

The Return of Chandu is one of two features compiled from the serial Return of Chandu, notable for presenting Bela Lugosi as a hero and romantic lead. Lugosi is best remembered as Dracula, exuding a seductive aura of mystery that made him American film's most suave personification of pure evil.

The complete 12-episodes of Lugosi's famous cliff-hanger serial chronicling the trials and tribulations of Chandu the Magician, who must save the exotic Egyptian Princess Nadji before she is sacrificed on a South Sea island at the hands of the fanatical Cult of Ubasto. Plenty of tricks and plot twists.

Adventure | Suspense | Thriller | Vintage | Serial | Magic | Sci-Fi / Horror / Fantasy | Egypt | California
This product is made-on-demand by the manufacturer using DVD-R recordable media. Almost all DVD players can play DVD-Rs (except for some older models made before 2000) - please consult your owner's manual for formats compatible with your player. These DVD-Rs may not play on all computers or DVD player/recorders. To address this, the manufacturer recommends viewing this product on a DVD player that does not have recording capability.