Based On Historical Events Leading Up To CUSTER'S LAST FIGHT 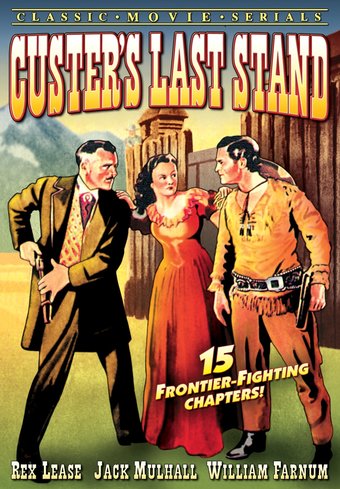 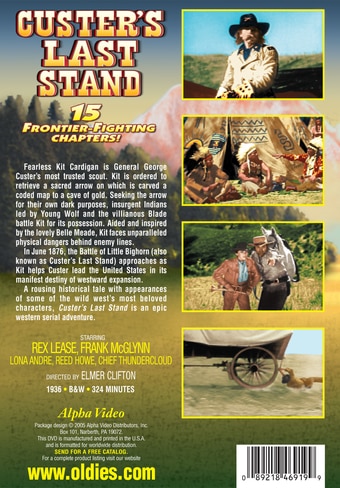 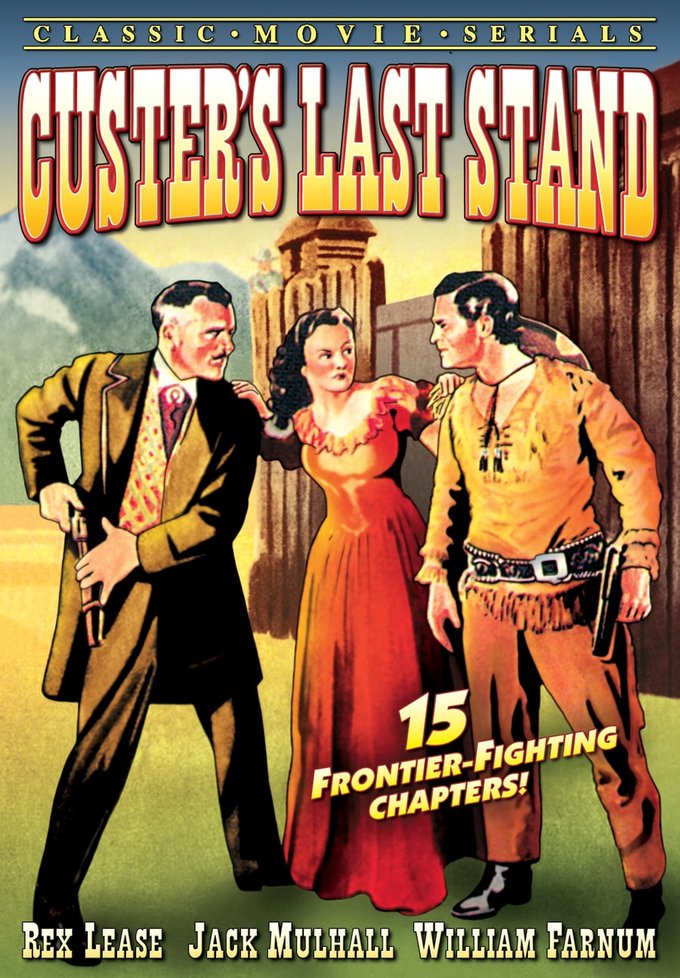 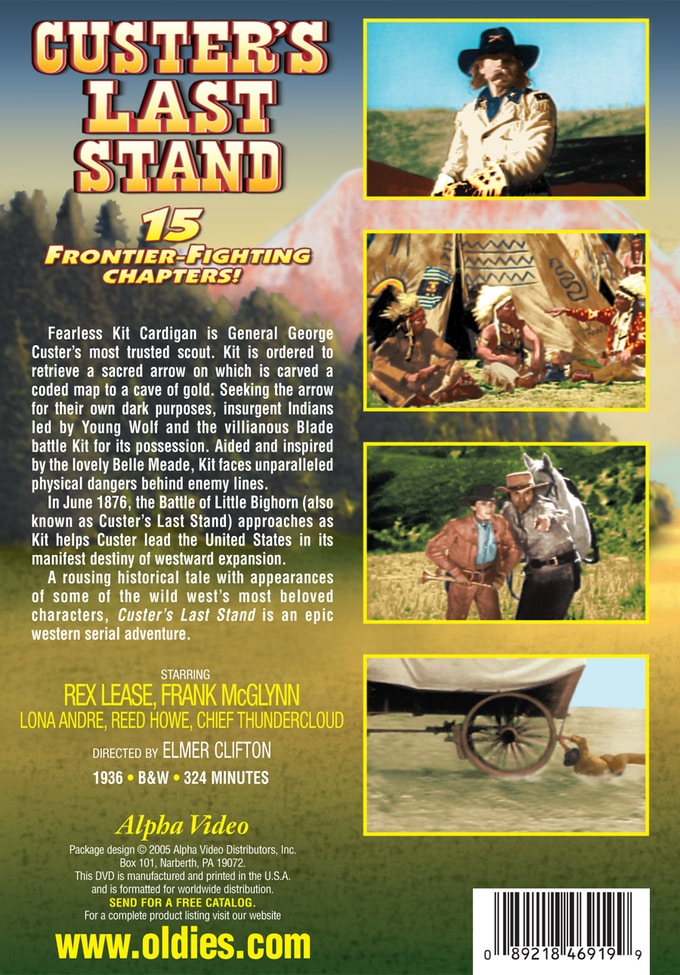 Fearless Kit Cardigan is General George Custer's most trusted scout. Kit is ordered to retrieve a sacred arrow on which is carved a coded map to a cave of gold. Seeking the arrow for their own dark purposes, insurgent Indians led by Young Wolf and the villainous Blade battle Kit for its possession. Aided and inspired by the lovely Belle Meade, Kit faces unparalleled physical dangers behind enemy lines.

In June 1876, the Battle of Little Bighorn (also known as Custer's Last Stand) approaches as Kit helps Custer lead the United States in its manifest destiny of westward expansion.

A rousing historical tale with appearances of some of the wild west's most beloved characters, Custer's Last Stand is an epic western serial adventure.

The original 15-chapter serial about Indians attacking settlers in the gold-rush days. Chapters include: "Perils of the Plains," "Thundering Hoofs," "Fires of Vengeance," "Human Wolves," "Demons of Disaster," "White Treachery," "Circle of Death," "Custer's Last Ride" and "The Last Stand."

Indians | Vintage | Serial
This product is made-on-demand by the manufacturer using DVD-R recordable media. Almost all DVD players can play DVD-Rs (except for some older models made before 2000) - please consult your owner's manual for formats compatible with your player. These DVD-Rs may not play on all computers or DVD player/recorders. To address this, the manufacturer recommends viewing this product on a DVD player that does not have recording capability.

18%off
The Vigilantes are Coming (Serial Version)
$8.98
Add to Cart