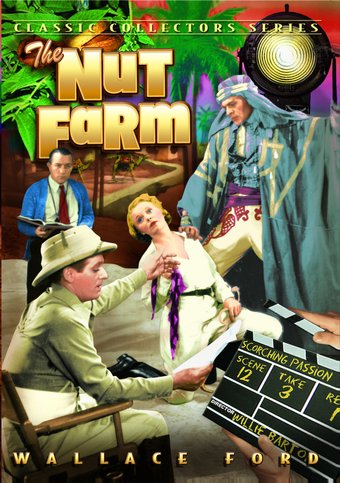 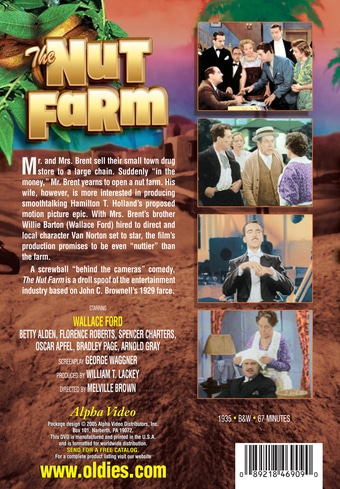 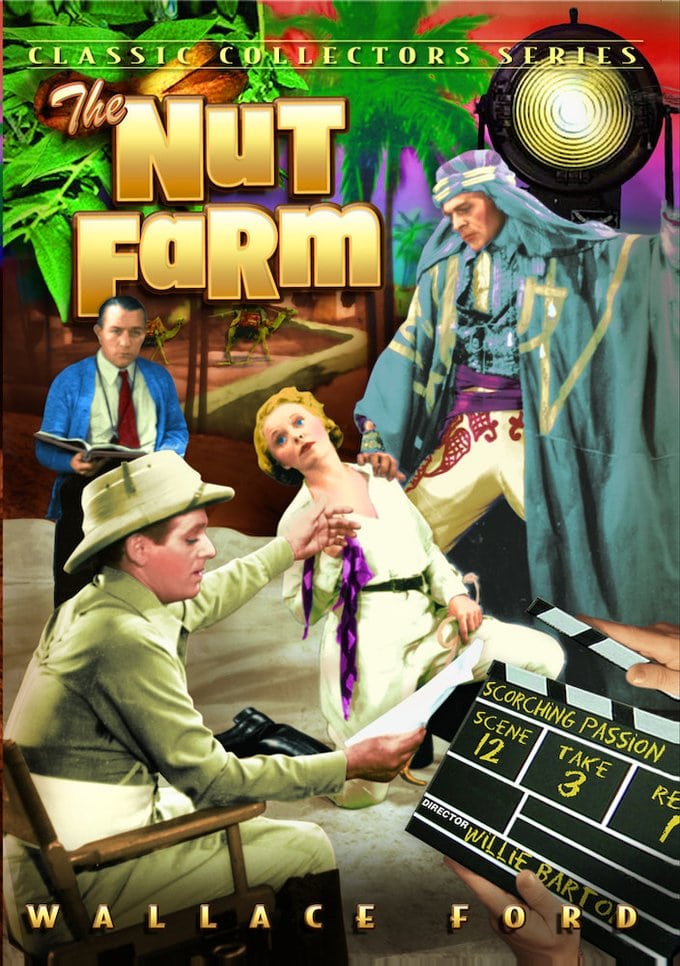 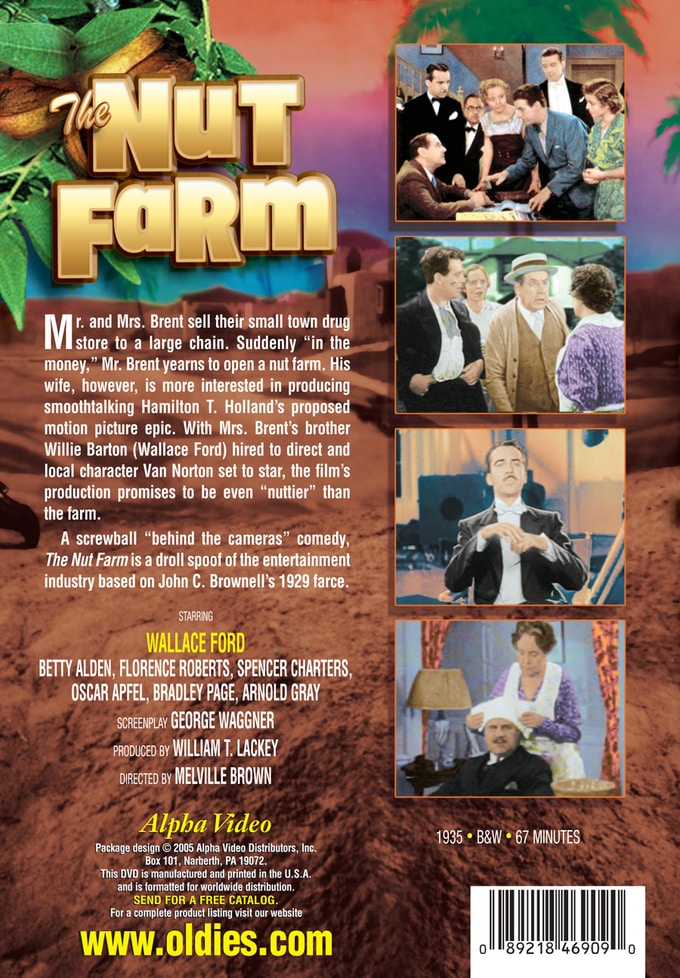 Mr. and Mrs. Bent sell their small town drug store to a large chain. Suddenly "in the money," Mr. Brent yearns to open a nut farm. His wife, however, is more interested in producing smooth-talking Hamilton T. Holland's proposed motion picture epic. With Mrs. Brent's brother Willie Barton (Wallace Ford) hired to direct and local character Van Norton set to star, the film's production promises to be even "nuttier" than the farm.

A screwball "behind the cameras" comedy, The Nut Farm is a droll spoof of the entertainment industry based on John C. Brownell's 1929 farce.

A con man convinces a couple to join his Hollywood acting school, planning to fleece them for all they're worth.

28%off
Anchorman: The Legend of Ron Burgundy
$6.50 Super Savings
Add to Cart

Customer Rating:
Based on 115 ratings.


Don't expect to split your sides laughing at this little comedy but it has it's moments. A married couple sell their store in Newark, NJ, move to California, where the husband wants to spend the $40,000 to buy a nut farm. The wife, however, is bitten by the acting bug, falls victim to a bunch of dishonest "producers" who take all their money and more. Wallace Ford, the wife's brother, saves the day by producing the film himself, turning a desert action film into a comedy. It's good for a few laughs and if you're a Wallace Ford fan, it's another chance to see his easy wise-cracking manner.