He’s having the worst day of his life … over, and over … 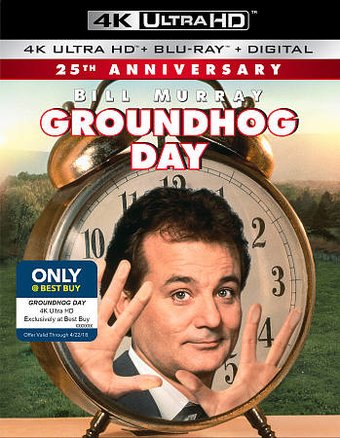 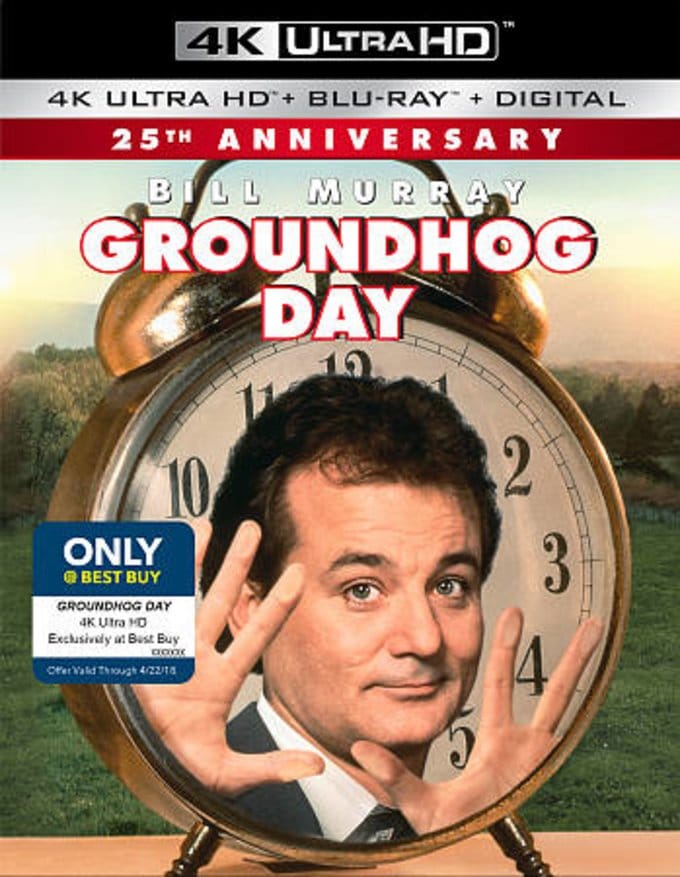 Once again, for the fifth year in a row, TV weatherman Phil Connors (Bill Murray) is forced to cover the Groundhog Day ceremonies in Punxsutawney, Pennsylvania, an assignment he truly despises. But this year something truly bizarre happens after he finishes the report: When he wakes up the next morning, ready to leave, he discovers it's February 2 all over again. He tries to tell his producer, Rita (Andie MacDowell), what's happening, but neither she nor anyone else understands; only he remembers that they've already lived through Groundhog Day. When the same thing happens the next morning, he thinks he's going insane and wreaks havoc all through the town. More and more mornings pass, all of them February 2, and all of them with an ever angrier Phil. Desperate to escape, he even tries suicide, but still another February 2 dawns. As he starts realizing that his exploits are not making time march on any quicker, Phil begins to change his behavior, performing a series of lifesaving tasks until he becomes a model citizen, hoping it will be enough to get him out of Punxsutawney forever. Along the way he learns more about the people around him--and himself--than he ever thought possible. The film is extremely well put together by director Harold Ramis, and the script by Danny Rubin and Ramis is sharp and clever. The actors--many of whom have to perform essentially the same scene over and over again, with only subtle differences--are a riot.

Frank Capra meets Rod Serling in this high-concept comedy that thoroughly follows through on its premise. As a cynical weatherman, Phil Connors (Bill Murray) finds himself trapped by a blizzard he failed to predict and doomed to repeat the worst day of his life over and over again. At first he is horrified at the prospect of living forever in the small town of Punxsutawney, Pennsylvania, home of the groundhog, but eventually he must discover the key to moving his life forward.

What About Bob?
$6 Super Savings
Add to Cart