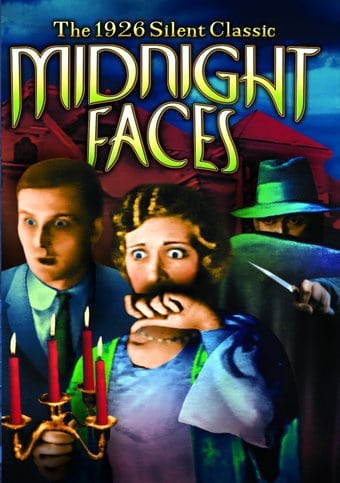 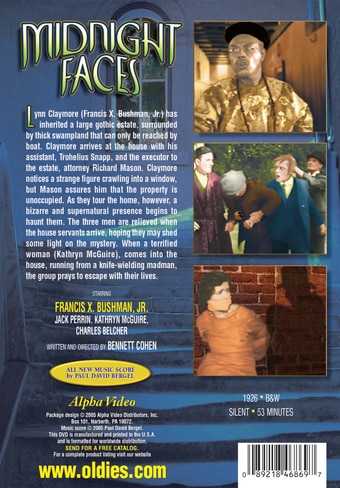 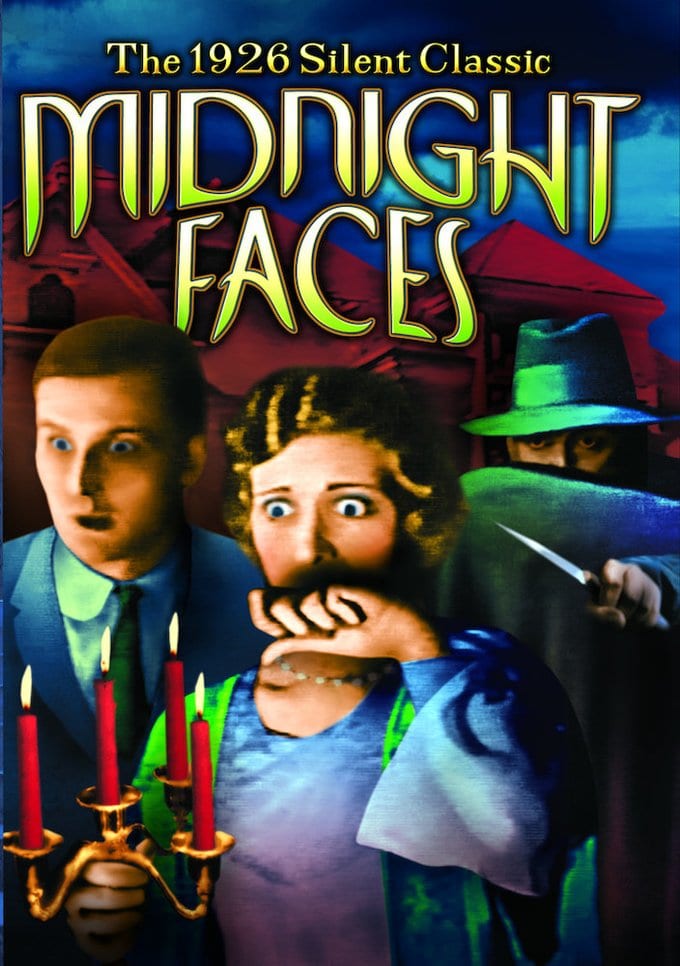 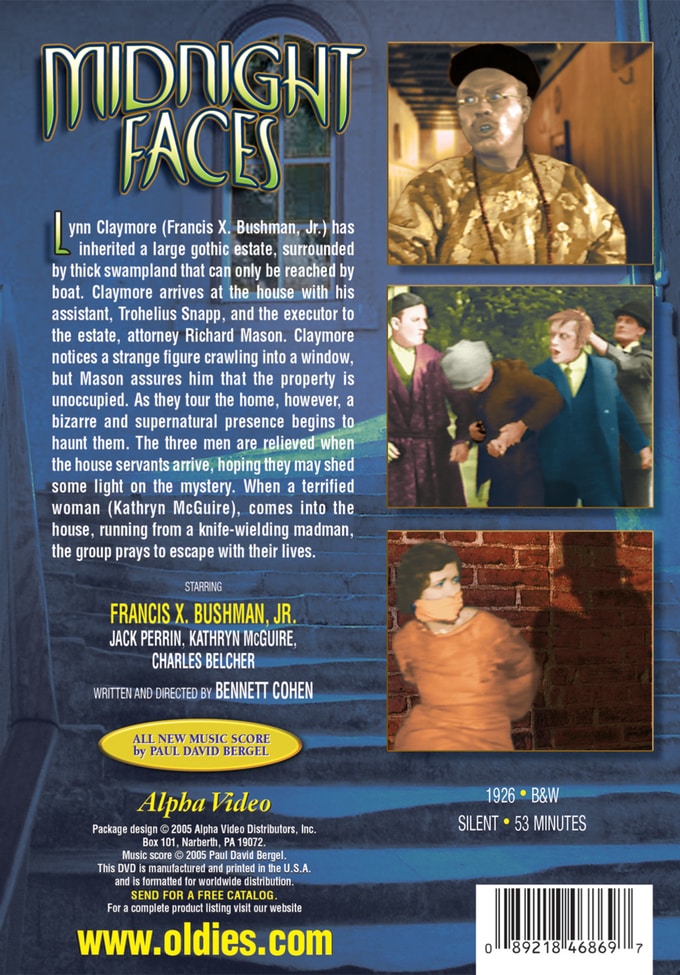 Lynn Claymore (Francis X. Bushman, Jr.) has inherited a large gothic estate, surrounded by thick swampland that can only be reached by boat. Claymore arrives at the house with his assistant, Trohelius Snapp, and the executor to the estate, attorney Richard Mason. Claymore notices a strange figure crawling into a window, but Mason assures him that the property is unoccupied. As they tour the home, however, a bizarre and supernatural presence begins to haunt them. The three men are relieved when the house servants arrive, hoping they may shed some light on the mystery. When a terrified woman (Kathryn McGuire), comes into the house, running from a knife-wielding madman, the group prays to escape with their lives.

An odd group of people gather in an old house in the Florida bayous. They include a damsel in distress, a lawyer, a black valet, a Chinaman, a butler, a housekeeper, and a paralyzed gentleman. Who is the evil one' Who locked the doors' And finally, what happened to the damsel in distress' She's gone! Silent film with original organ score.

Silent | Suspense | Thriller | Vintage
This product is made-on-demand by the manufacturer using DVD-R recordable media. Almost all DVD players can play DVD-Rs (except for some older models made before 2000) - please consult your owner's manual for formats compatible with your player. These DVD-Rs may not play on all computers or DVD player/recorders. To address this, the manufacturer recommends viewing this product on a DVD player that does not have recording capability.

Customer Rating:
Based on 167 ratings.


Contrary to the other reviewer, I thought
this was a pretty good movie, the print was
very clear.
At the time "old dark house" movies were all
the rage with "The Bat" and "The Cat and the
Canary" being very popular, even Lon Chaney
got into the act and kidded his own image
with "The Monster" . None of the stars in
"Midnight Faces" are well known, Jack
Perrin as the young lawyer was better known
as a cowboy actor and Kathryn McGuire had the
leading female parts in "Sherlock Jnr" and
"The Navigator".
Bushman plays Lynn Claymore who has
supposedly inherited a run down Southern
mansion on the provisio that he live in it
and if he dies etc.... So there are plenty of
oddball characters around (a group of
servants who look as though they just
stepped out of an Charles Addams cartoon,
a caped figure who thinks nothing of jumping
from the window to the roof) who don't
want to see him get much older.
I thought it was good fun and while some of
the characters and situations would be old hat
within 10 years, I think in 1926 would have
caused a few audience scares. The end had
a few surprises and at well under an hour
it is not going to take up too much of your
time. Recommended.


I enjoy watching this movie. But for all the wrong reasons. I can't tell if it was poor directing, bad film editing, a case of the surviving scenes not properly connecting, or a little of all three. Here's a sample of what I mean: people visiting the Florida bayou come wearing winter coats; a woman carrying a bird cage walks directly out of a tree; the villain in this movie is on the scene before he arrives; his captive has a way of banging on walls and being re-captured by the villain, only to break free and bang on the walls again; even though the captive breaks free, he never finds his way out (at the end of the movie, you'll know why this doesn't make sense); the villain re-assumes his non-villainous role in the dark of night only for the sake of the camera, and believe me, it's not an easy role to assume; people sleep with all of their clothes on, even their neckties. I can assure you, there's more to the point than I am listing here.

Don't let the famous name fool you. This "Jr." is the son of the more-famous Francis X. Bushman and would later go by the name of Ralph Bushman. Before this movie was made, his father had been ostracized by hollywood for cheating on his wife (Jr's Mom), divorcing her, and marrying his paramour. Why Jr would want to be associated with his father in 1926 is beyond my understanding. Still, he gives a good performance in spite of what appears to be poor direction. Overall, I really can't fault the actors for the things that go wrong in this movie.

I like to listen to any kind of punk rock when I watch this movie. You need a little attitude to help make the experience truly entertaining, and punk rock provides a lot of that. I would suggest anything by the Offspring to start.