Ulysses Against The Son of Hercules 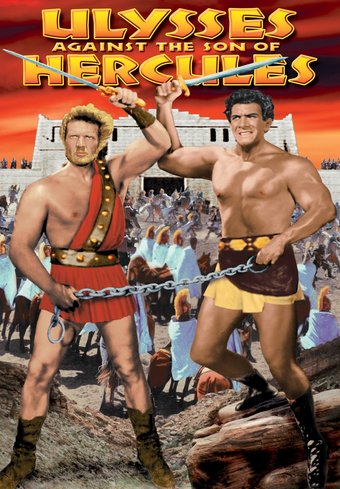 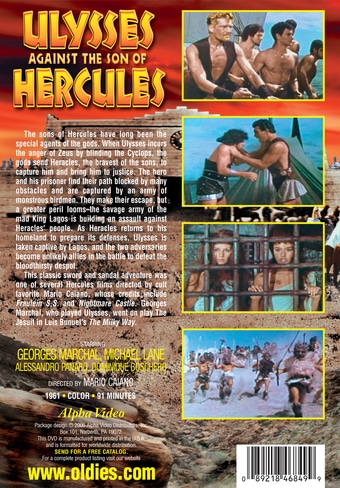 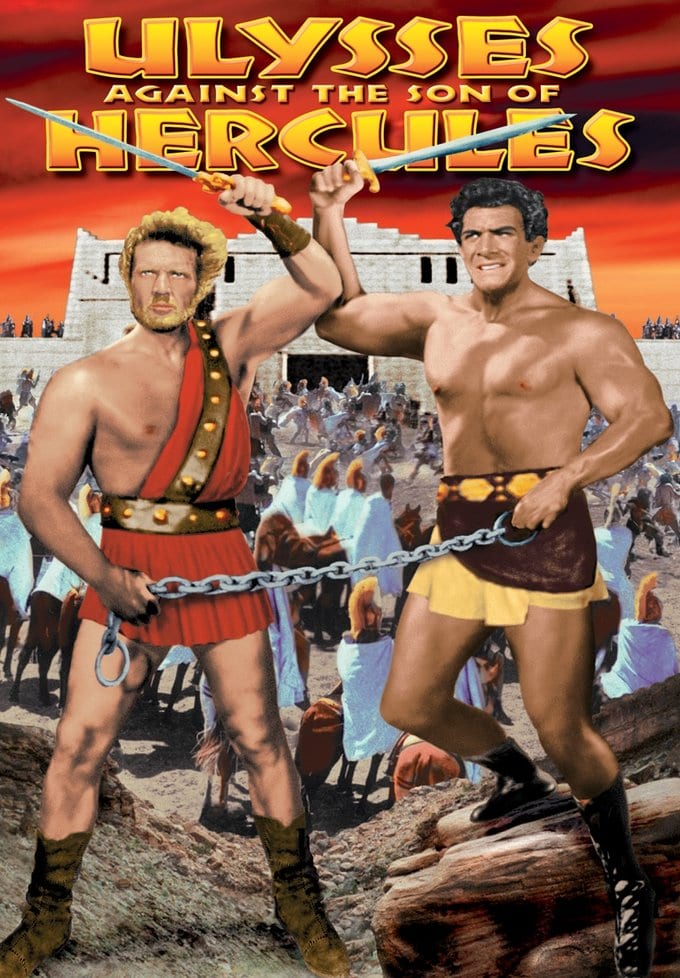 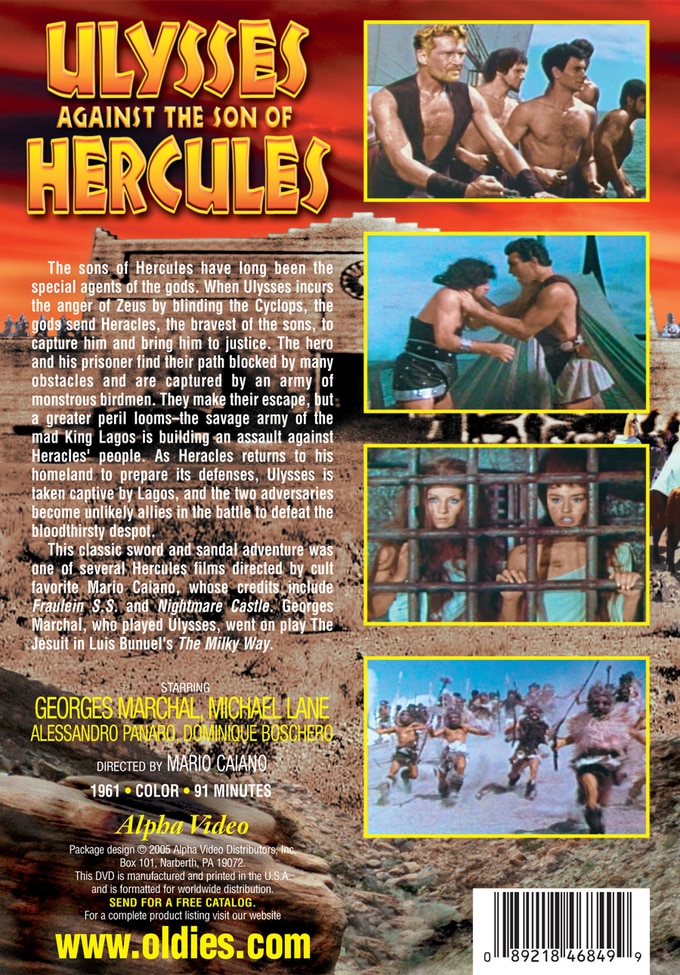 The sons of Hercules have long been the special agents of the gods. When Ulysses incurs the anger of Zeus by blinding the Cyclops, the gods send Heracles, the bravest of the sons, to capture him and bring him to justice. The hero and his prisoner find their path blocked by many obstacles and are captured by an army of monstrous birdmen. They make their escape, but a greater peril looms - the savage army of the mad King Lagos is building an assault against Heracles' people. As Heracles returns to his homeland to prepare its defenses, Ulysses is taken captive by Lagos, and the two adversaries become unlikely allies in the battle to defeat the bloodthirsty despot.

This classic sword and sandal adventure was one of several Hercules films directed by cult favorite Mario Caiano, whose credits include Fraulein S.S. and Nightmare Castle. Georges Marchal, who played Ulysses, went on play The Jesuit in Luis Bunuel's The Milky Way.

A campy, Italian-made sword-and-sandal flick from 1961, this low-budget adventure pits Ulysses against Pericles, the son of Hercules. Ulysses (Georges Marchal) has recently injured the Cyclops, son of Neptune, and for this Jupiter decides Ulysses must be punished. He sends Pericles (Mike Lane) after him, who chases his adversary over land and sea, until both end up shipwrecked on a remote, unexplored island. As soon as Ulysses is within his pursuer's grasp, both are captured by a bizarre race of bird people ruled by a beautiful blonde queen (giallo legend Dominique Boschero). Ulysses, as usual, comes up with an ingenious plan to help them escape, and the two join forces to make it home to their respective lady loves.

Action | Adventure | Fantasy | Monsters | Mythology | Ancient Civilizations | Flying | Battles | Fantasy Worlds
This product is made-on-demand by the manufacturer using DVD-R recordable media. Almost all DVD players can play DVD-Rs (except for some older models made before 2000) - please consult your owner's manual for formats compatible with your player. These DVD-Rs may not play on all computers or DVD player/recorders. To address this, the manufacturer recommends viewing this product on a DVD player that does not have recording capability.

16%off
The Terror of Rome Against the Son of Hercules
$8.40 Super Savings
Add to Cart

16%off
The Tyrant of Lydia Against the Son of Hercules
$8.40 Super Savings
Add to Cart