The Terror of Tiny Town 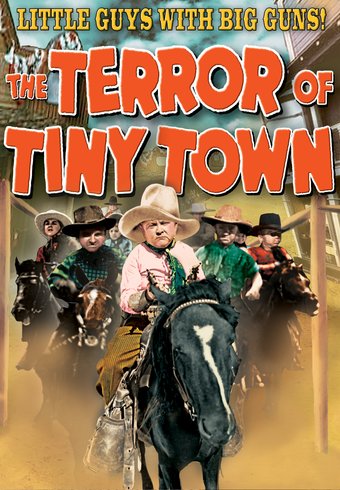 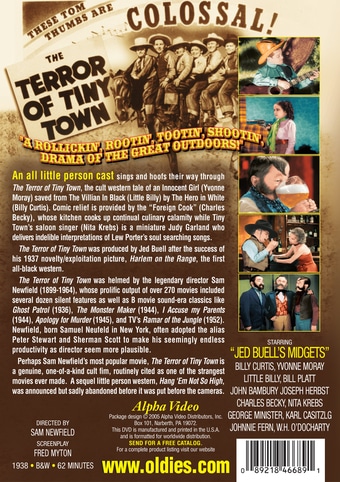 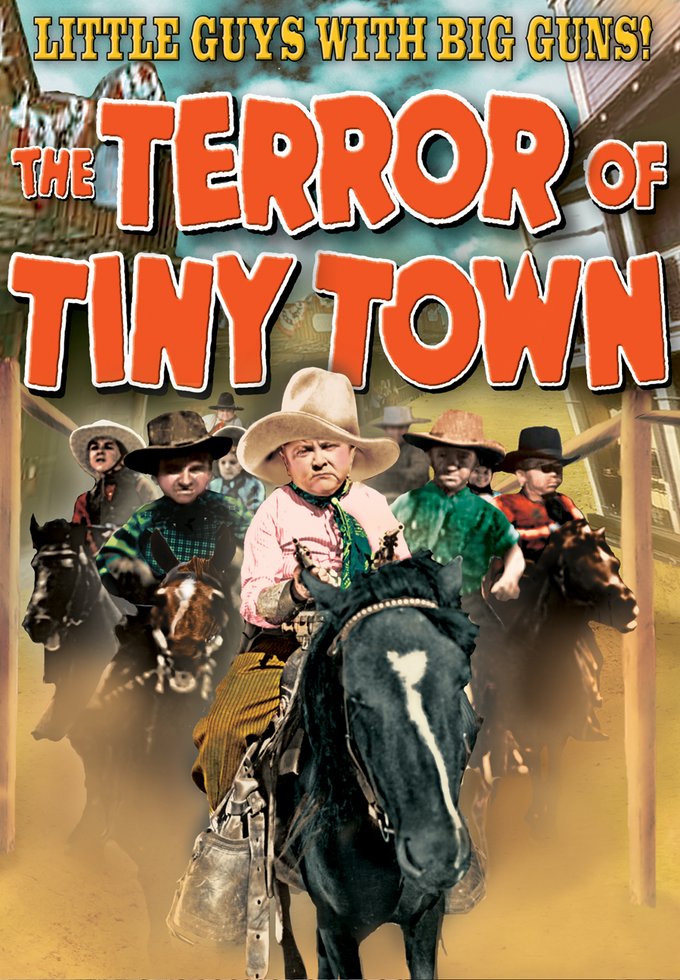 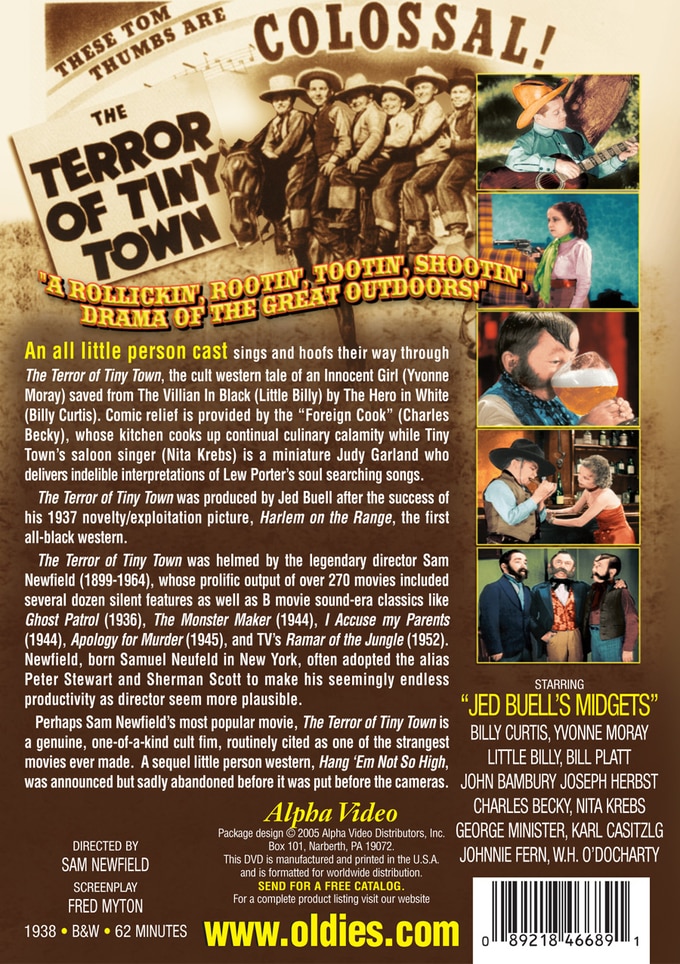 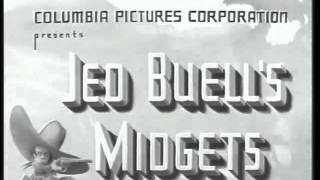 An all little person cast sings and hoofs their way through The Terror of Tiny Town, the cult western tale of an Innocent Girl (Yvonne Moray) saved from The Villian In Black (Little Billy) by The Hero in White (Billy Curtis). Comic relief is provided by the "Foreign Cook" (Charles Becky), whose kitchen cooks up continual culinary calamity while Tiny Town's saloon singer (Nita Krebs) is a miniature Judy Garland who delivers indelible interpretations of Lew Porter's soul searching songs.

The Terror of Tiny Town was produced by Jed Buell after the success of his 1937 novelty/exploitation picture, Harlem on the Range, the first all-black western.The Terror of Tiny Town was helmed by the legendary director Sam Newfield (1899-1964), whose prolific output of over 270 movies included several dozen silent features as well as B movie sound-era classics like Ghost Patrol (1936), The Monster Maker (1944), I Accuse my Parents (1944), Apology for Murder (1945), and TV's "Ramar of the Jungle" (1952). Newfield, born Samuel Neufeld in New York, often adopted the alias Peter Stewart and Sherman Scott to make his seemingly endless productivity as director seem more plausible.

Perhaps Sam Newfield's most popular movie, The Terror of Tiny Town is a genuine, one-of-a-kind cult film, routinely cited as one of the strangest movies ever made. A sequel little person western, Hang 'Em Not So High, was announced but sadly abandoned before it was put before the cameras.

A musical western with an all-midget cast. They just don't make 'em like this anymore (whew!).

Adventure | Campy | Cult Film | Exploitation
This product is made-on-demand by the manufacturer using DVD-R recordable media. Almost all DVD players can play DVD-Rs (except for some older models made before 2000) - please consult your owner's manual for formats compatible with your player. These DVD-Rs may not play on all computers or DVD player/recorders. To address this, the manufacturer recommends viewing this product on a DVD player that does not have recording capability.

Straight to Hell
$19
Add to Cart

Chained for Life
$10
Add to Cart

Customer Rating:
Based on 3182 ratings.

Dwarfs All Others In The "Bad Film" Genre Movie Lover: Seismo-Man from Jenkinsburg, GA US -- August, 3, 2006


Yep, it's a straight Western film, but with one of the most bizarre twists ever attempted in movie history. The entire cast, horses included are "little" as in "little people", the "horizontally aspiring", or to put it as bluntly as the write-up for this movie states, it has an "all midget cast".
The movie is played pretty straight forward as if nothing is amiss, the sets are normal Hollywood backlot Western scenes so there are potentially humorous scenes of the midget cast working in a large set.
Not a great story, but c'mon, you aren't watching this for story but, let's be blunt, it's the freak factor.


I've never seen anything else like it. Definitely worth a watch.


With the exception of "Plan Nine From Outer Space", this is the greatest movie ever. Bar none.

It doesn't get any better than this Movie Lover: Cheryl Hernandez from Texas -- February, 12, 2005


White hatted, singing, guitar strumming hero, black hatted villian complete with black shetland pony. This is what Roy Rogers, Hop-a-long and all the other guys wished they were. It's clean, it's fun, and the pint size dance hall floozey is so evil you want to turn her over your knee and spank her. The heroine in this film blows Dale Evans out of the water. One of my favorite movies and when the grandkids come over it is one they ask for. EVERYONE needs to see this great film at least once.