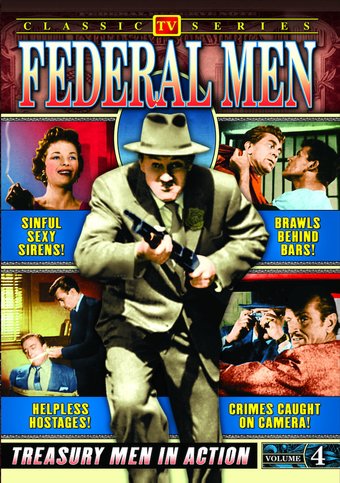 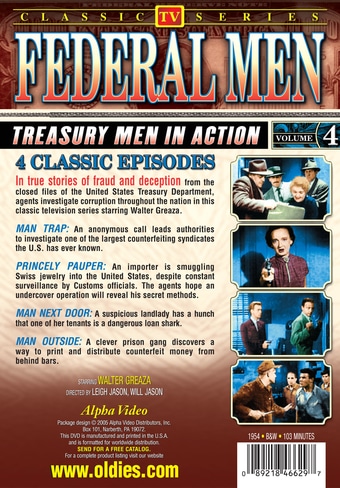 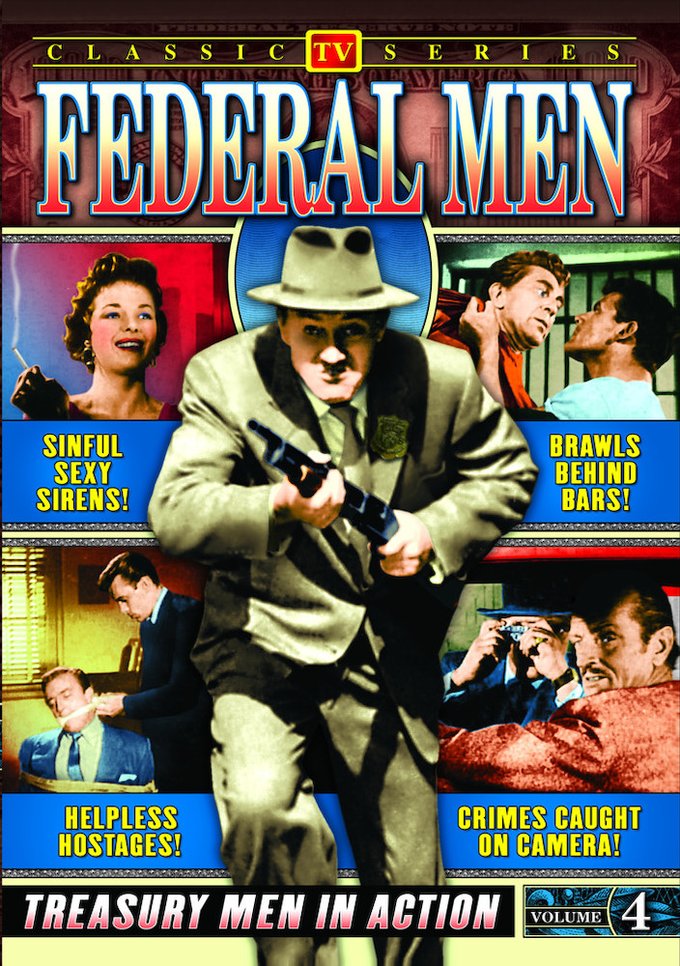 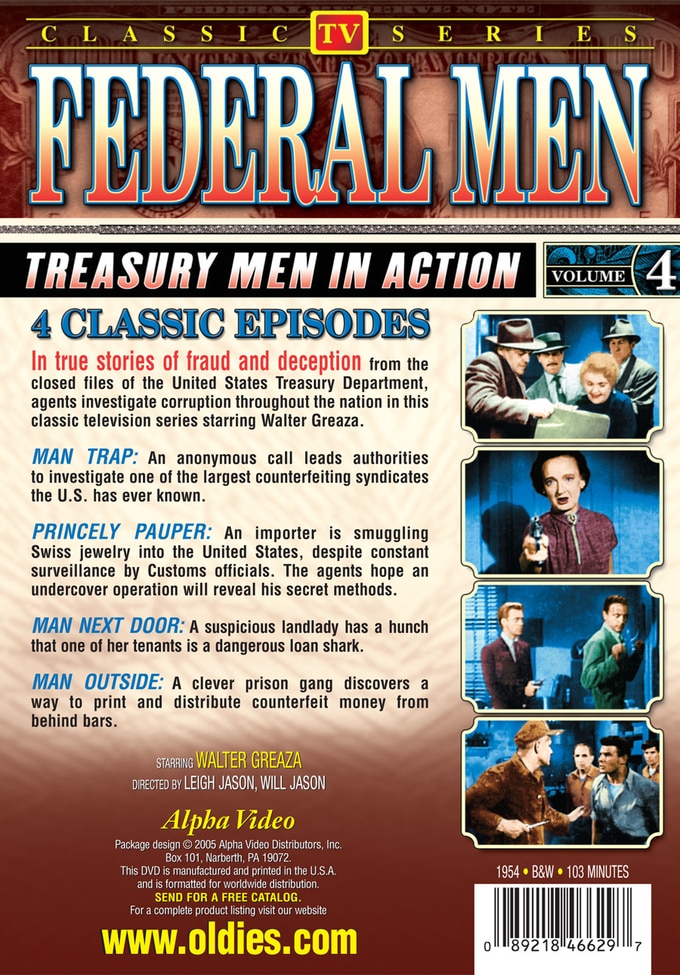 Man Trap: An anonymous call leads authorities to investigate one of the largest counterfeiting syndicates the U.S. has ever known.

Princely Pauper: An importer is smuggling Swiss jewelry into the United States, despite constant surveillance by Customs officials. The agents hope an undercover operation will reveal his secret methods.

Man Next Door: A suspicious landlady has a hunch that one of her tenants is a dangerous loan shark.

Man Outside: A clever prison gang discovers a way to print and distribute counterfeit money from behind bars.

Containing a further four episodes from the cult television program FEDERAL MEN, this collection is sure to delight fans of the show. With the feds hotfooting it after a variety of hoodlums, the action never lets up from start to finish. All the classic noir-inflected ingredients are intact, including hostage taking, brutal prison drama, sultry dames, and much more besides.

Action | Adventure | Crime | Classic Television
This product is made-on-demand by the manufacturer using DVD-R recordable media. Almost all DVD players can play DVD-Rs (except for some older models made before 2000) - please consult your owner's manual for formats compatible with your player. These DVD-Rs may not play on all computers or DVD player/recorders. To address this, the manufacturer recommends viewing this product on a DVD player that does not have recording capability.