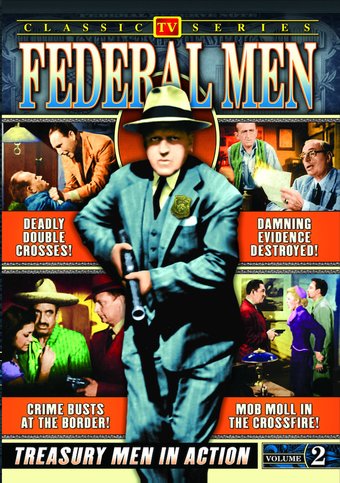 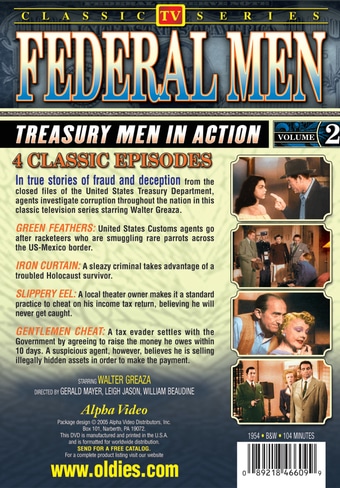 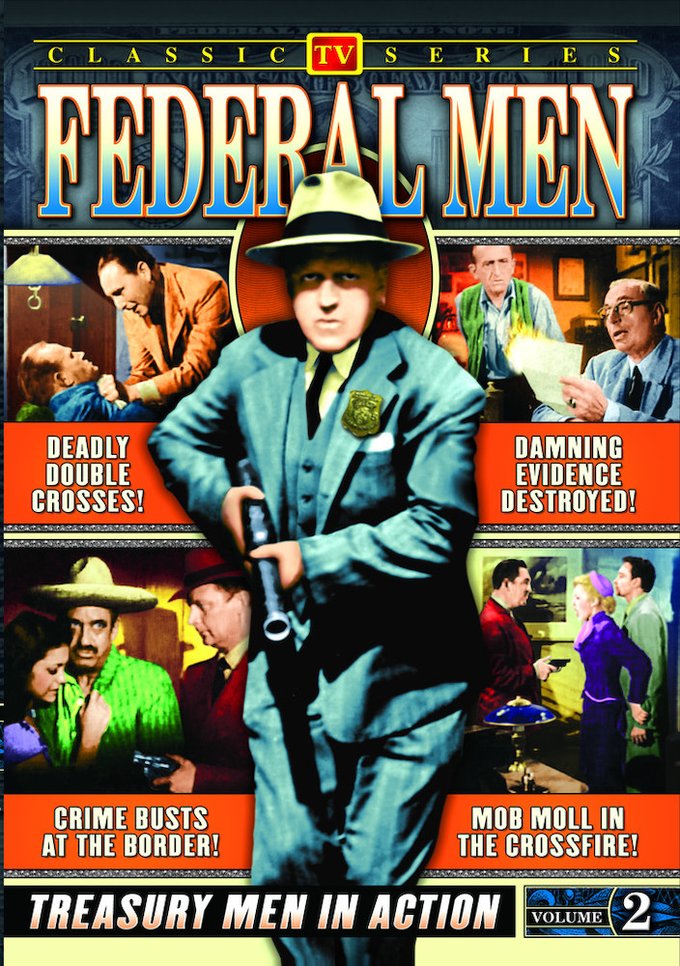 Slippery Eel: A local theater owner makes it a standard practice to cheat on his income tax return, believing he will never get caught.

Gentlemen Cheat: A tax evader settles with the Government by agreeing to raise the money he owes within 10 days. A suspicious agent, however, believes he is selling illegally hidden assets in order to make the payment.

Action | Crime | Classic Television
This product is made-on-demand by the manufacturer using DVD-R recordable media. Almost all DVD players can play DVD-Rs (except for some older models made before 2000) - please consult your owner's manual for formats compatible with your player. These DVD-Rs may not play on all computers or DVD player/recorders. To address this, the manufacturer recommends viewing this product on a DVD player that does not have recording capability.